DANNY MURPHY: Marcus Rashford will be kicking himself… he should have had a hat-trick to take the match ball home with him in Manchester United’s draw at Leicester

Marcus Rashford and Bruno Fernandes have been two of football’s stand-out personalities in 2020.

They are also fiercely competitive and judge themselves by the highest standards so I think they’d have come off disappointed at the King Power, even though they both scored in a creditable 2-2 draw.

Rashford notched his 50th Premier League goal, which is a fine achievement considering he only had his 23rd birthday a couple of months ago. 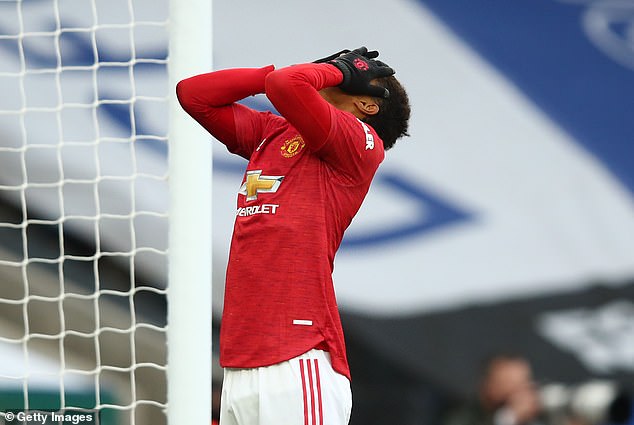 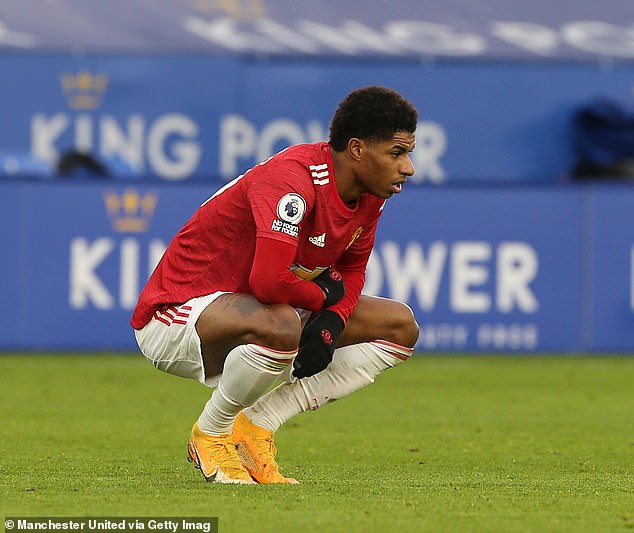 But I’m sure he’ll have been kicking himself for not taking home the match ball. He had a header in the first minute and a one-on-one he should have converted.

To be a top player, your mentality is to be the best and Rashford has that. I saw an excellent individual performance from the young man; he was a threat, got into great positions, popped up on the right and left, and looked sharp.

But he’ll probably remember the opportunities that got away. He’s rightly been praised for many things this year and his football certainly hasn’t suffered for it, but he’ll want to become even better and finish off more of those chances. That attitude of being hard on yourself is key to having a great career.

Ditto Fernandes. He has been Manchester United’s main man since he walked in the door in January and claimed another goal and assist on Saturday.

His consistency is remarkable and you can see he’s the type of player happiest when he is directly contributing to goals.

But we also saw the flip side in trying to be too cute and losing possession inside his own half that helped Leicester score their first equaliser.

For me, I think Fernandes is such a brave player on the ball, and overwhelmingly successful doing it his way, that you put the occasional aberration down as one of those things. It is going to happen once in a while with a very creative spirit. 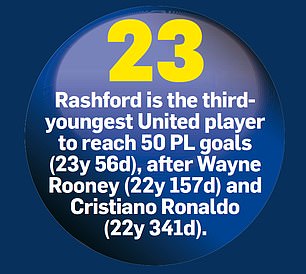 But like Rashford, Fernandes demands the highest standards of himself. He is an intelligent footballer and realises the last thing you want as a midfielder is to be a liability when dropping into deeper areas. Fernandes is far from that and his overall balance was hugely in credit but he won’t want to be repeating that mistake too often.

He will have given himself a kick up the backside for that but his team-mates will easily forgive him because he continues to pick up so many points for them.

Overall, the game suggested to me that Manchester United will finish the season above Leicester because they have greater strength in depth.

That was underlined by Edinson Cavani coming on and setting up what United thought was the winner for Fernandes. Jamie Vardy’s even later equaliser had a touch of good fortune about it as it nicked off Axel Tuanzebe.

United should finish in the top four again though they probably don’t keep enough clean sheets to mount a serious challenge to Liverpool and Manchester City. 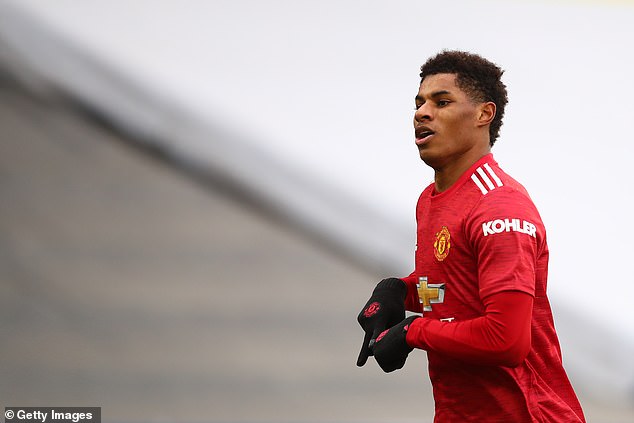 Ole Gunnar Solskjaer generally has fewer players who enjoy defending in his starting XI than Liverpool, so maybe the balance isn’t quite as effective. But they can score goals without a doubt and there are clear signs of improvement.

I wouldn’t be surprised if their next big signing was another centre half, though whether it’s in January is doubtful unless the hierarchy really think they can win the Premier League this season.

Despite the scoreline on Saturday, there weren’t too many chances at the King Power. Maybe it was the 12.30 kick-off but there was a little less intensity than I expected.

These teams have so many fixtures coming in the next two or three weeks, they looked either a bit tired or were pacing themselves for more important games ahead.