Until Dave Serella pulled over in his van and called Vanessa Feltz to join a debate on national radio about footballers living with early-onset dementia he was perhaps best known for his unwitting role in a remarkable FA Cup tie.

It was a quarter-final at Newcastle before more than 54,000 and he was playing centre-half for Nottingham Forest who were 3-1 up against 10-men when hundreds of fans poured from the St James’ Park terraces and started fighting on the pitch.

‘I was attacked by twins,’ says Serella. ‘I’ve seen a recording of it. One of them tried to drop kick me. He must’ve been about 20 stone. 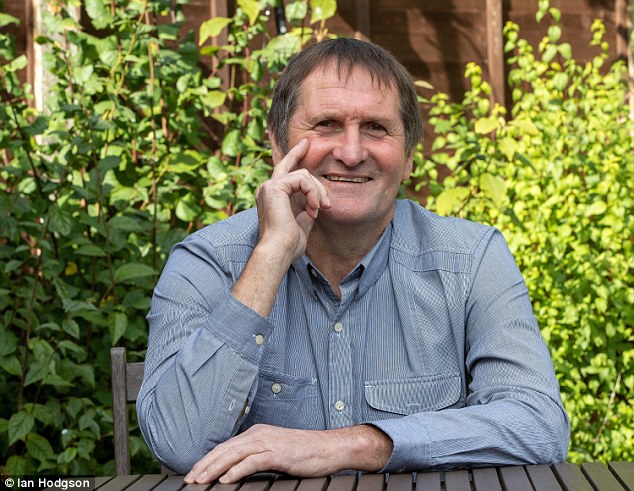 ‘I stepped back and he missed. There’s probably still a hole in the ground where he landed.

‘Then the other one came and swung at me, and I backed off and he hit me. Then we all made it to the dressing room.

‘We were telling people one or two of the players had been hit and wondering what was going to happen.’

Outside, the pitch was cleared. There were 39 arrests, 25 people taken to hospital including two fractured skulls and more than 100 required first aid.

Only, that wasn’t the end of it. Forest were furious and the Football Association decided the tie ought to be declared void and played again on a neutral ground.

The teams drew 0-0 at Everton. So a replay was required and, for some reason, they met again at Goodison Park rather than the City Ground in Nottingham. ‘It didn’t seem fair,’ said Serella.

Newcastle won the replay with a Malcolm Macdonald goal in extra-time, went on to beat Burnley in the semi-final before they were soundly despatched by Liverpool in the final at Wembley. His account is accurate and it is only when he tries to make sense of the criminal trial and FA hearings which followed and required his attendance does Serella question his own recall and turn to wife Pat for reassurances.

There is nothing unusual about failing to summon every last detail of a chaotic event buried nearly 45 years in the past but Serella is losing faith in his own memory.

He is 65 and the first signs of dementia appeared more than five years ago.

Names of old friends he met in the street near their home in Lytham St Anne’s began to elude him and cause embarrassment.

He started to forget where people lived or how to get there, even if it was only around the corner. And he might repeat himself.

Determined to find out what was happening, Serella took himself off to see his doctor, who sent him for a series of tests including brain scans and visits to the memory clinic.

He was diagnosed with mild cognitive impairment and the symptoms gradually worsened. 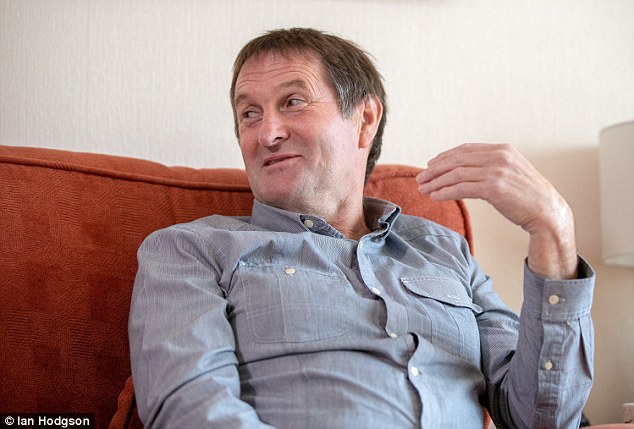 Serella was forced to quit the milk round he enjoyed working for 30 years after ending his playing career at Blackpool in 1984.

Further tests revealed he had developed mild Alzheimer’s, which is around the time he was driving along listening to Radio 2 and heard Feltz in conversation with experts about the possible links between football and brain diseases.

‘I stopped the van, rang up and got through,’ says Serella. ‘I was a bit shocked, and doing a bit of stuttering. I just wanted to let them know.

‘There’s been a lot of footballers affected, players like Jeff Astle and Nobby Stiles, they used to head them heavy footballs when they were full of water and you could hardly get them off the ground.

‘It’s got to do damage to your brain, hasn’t it? For years I would head the ball every day in training. We’d head crosses at the goal. Or we’d be heading them clear. For my size I was always very good in the air.’

There is no consensus on the link between heading the ball or head injuries and early onset dementia. There is not yet enough firm evidence.

What is certain is that dementia has become the UK’s biggest killer and the number of footballers diagnosed – including three of England’s 1966 World Cup winning team – demands more serious research into the matter.

Pat says her husband was in tears as they sat together to watch Alan Shearer’s BBC documentary which explored the subject.

The future must be a terrifying prospect but Serella has a supportive family. Sons Mark and Daniel and seven grandchildren are nearby, and is determined to tackle the challenge as he played his football: with honesty and courage.

Friends are helping and there has been regular contact from former team-mates including Ian Bowyer and his close pal John Robertson. 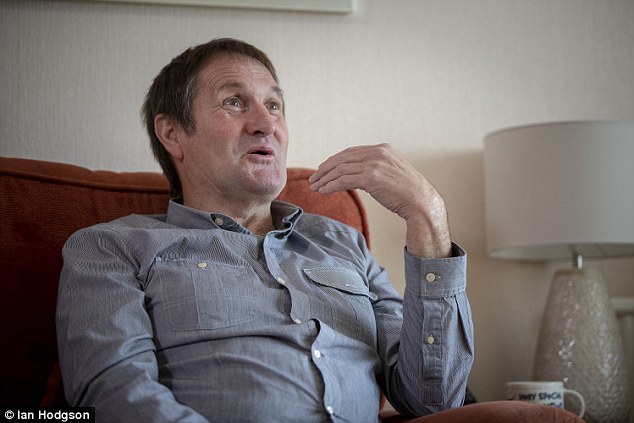 Serella reached for his phone to find recent footage taken of Robbo thrashing his guitar in the same room where we sipped tea and feasted on Pat’s homemade biscuits.

Footballers do have a habit of rallying round when one of their number needs help and the dressing room sense humour comes in handy.

When he phoned Robertson to tell him something he had already told him during a call only a few minutes earlier, Serella laughed and managed to convince his friend he was winding him up. He wasn’t.

Earlier this season, he helped to organise a Forest reunion at the City Ground, where they watched a game and had dinner. It was a great day, he is sure, but can’t remember the details.

It is easier to summon memories from the distant past with the help of the old photographs, programmes and scrapbooks he has kept, charting his career and the changing shape of the Mexican moustache which became his trademark at Forest where he made his debut as a teenager pitched into a relegation by Matt Gillies.

He runs this finger across a black-and-white team photo and names without hesitation the players with whom he shared his youth after moving from his native King’s Lynn to settle in Nottingham.

There’s Robertson, Martin O’Neill with a Bob Dylan hairstyle, Liam O’Kane, Duncan McKenzie and a cherubic young Alan Buckley who would become a team-mate at Walsall where Serella would play for eight years and serve as captain.

Walsall produced another thrilling FA Cup run, in 1977/78, beating top-flight Leicester on the way to the Fifth Round and a 4-1 defeat at Arsenal.

Macdonald played up front for the Londoners and was on target again but this time without the pitch invasion, the assault and the replays.

Alzheimer’s Society is calling on Daily Mail readers to unite against dementia and help fund vital research for a cure by signing up to a local Memory Walk at memorywalk.org.uk