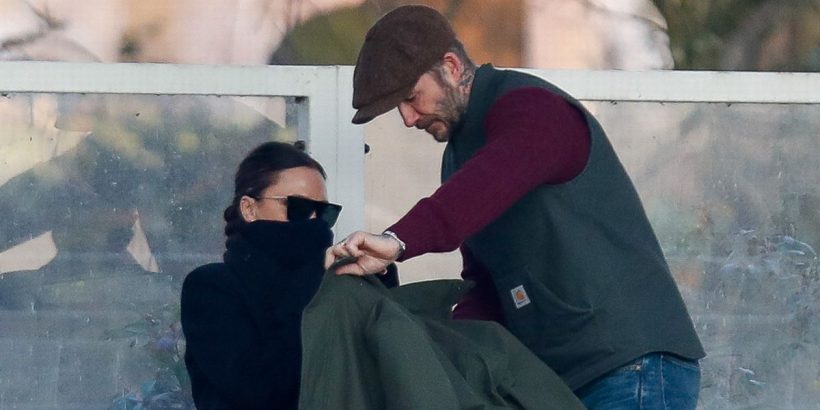 David Beckham and wife Victoria could be seen watching on from the stands as their son Romeo took to the pitch for Brentford B this weekend.

Romeo hasn't long signed for the Bees on loan from Inter Miami's second side, owned by his dad, and has already managed to get some game time under his belt since returning to the UK. His dad, whose name isn't easy to live up to, was seen watching his son during his debut earlier in the month.

His debut certainly wasn't one to forget as he was accidentally slapped in the face by the ref. David, 47, was seen again in the stands as he wrapped up his freezing-cold fashion designer wife Victoria.

The 20-year-old footballer managed to get 30 minutes in the second half as his team took on Huddersfield Town B at St. George's Park on Saturday. Posh wrapped up with a scarf covering her mouth and nose.

Would you like to see Romeo Beckham given a chance in the Premier League? Let us know in the comments section below

But the 48-year-old Spice Girl still felt the bitter cold as her hubby wrapped her up in a coat while keeping her face hidden with sunglasses.

Romeo also featured in his side's 3-2 win over Aston Villa as his sister Harper and dad watched on. The British footballer only signed for the Bees earlier this month, after putting pen to paper on January 6.

Neil MacFarlane, Brentford B's head coach, said at the time: "We’ve been absolutely delighted with Romeo since he arrived with us. He came to us from Inter Miami with the aim of working with us during their close season.

"Romeo has applied himself unbelievably well, he’s really bought into the culture and the group which he has become a big part of."