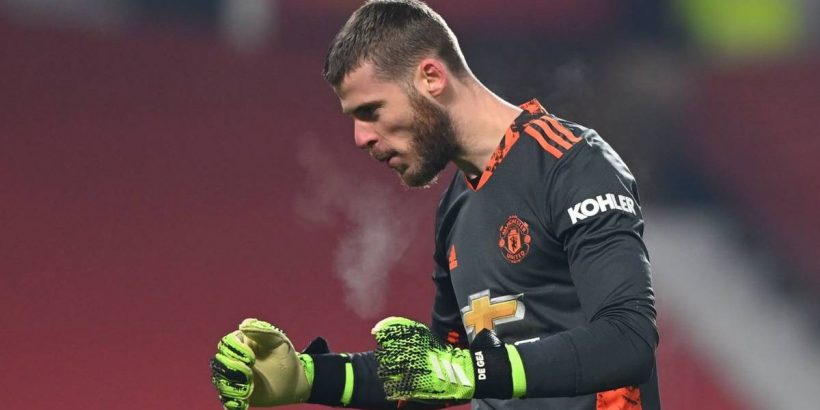 De Gea was playing his 327th Premier League game – passing Keane for the most appearances by a non-British player for United in the division.

De Gea, who joined the Red Devils in 2011, has some way to go before he climbs any higher on the list, with fourth-placed Rooney having played 393 times for United in the top flight.

Neville is a further seven games ahead on 400 games, while second-placed Scholes made 499 appearances.

It is doubtful whether Giggs' club record will ever be broken, with the winger having played a whopping 632 top-flight games for United.

Like Scholes and Neville, Giggs was a one-club man, and he played in United's first team from the age of 17 until into 40s.

Giggs became the club's most decorated player along the way, winning 13 Premier League titles and two Champions Leagues among a huge trophy haul.

Keane, like Giggs, was a mainstay of Sir Alex Ferguson's hugely successful United teams, playing 326 times in the Premier League between 1993 and 2005.

The Republic of Ireland midfielder won seven Premier League titles and was a key member of United's treble-winning side during the 1998/99 season.

The 30-year-old won the Premier League title during the 2012/13 season – Ferguson's final campaign at the helm – and has also won the FA Cup, the Europa League and the EFL Cup with United.

With Ole Gunnar Solskjaer's side three points behind Premier League leaders Liverpool going into Friday's clash against Villa, he will have his sights set on ending United's title drought.