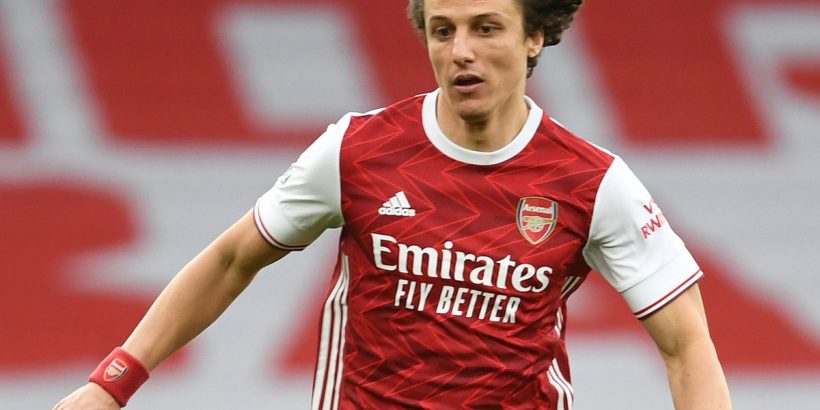 Erik Lamela had come off the bench to open the scoring for Tottenham with a wonderful Rabona finish, but was later sent off for two bookable offences, by which time the visitors were chasing the game.

Martin Odegaard’s deflected strike had drawn Arsenal level before the break and Lacazette converted from the spot having been fouled by Davinson Sanchez, which angered Spurs boss Jose Mourinho.

Lacazette came into the side as manager Mikel Arteta took the decision to drop captain Pierre-Emerick Aubameyang to the bench for a breach in pre-match protocol – a call which ultimately made little difference as Arsenal took the win.

The victory moved the Gunners four points behind their neighbours but still 10 points adrift of fourth-placed Chelsea – albeit with a game in hand.

“We have to try and continue in this way, try to improve,” Luiz said when asked what the win does for Arsenal’s top-four hopes.

“We are far (off), but we have a great team and we can continue in this way and try to win points every week.”

Arsenal were the better side for much of the contest but nearly let Tottenham back in as the 10 men rallied once Lamela had been dismissed.

Unsure whether to stick or twist, the hosts saw Harry Kane have a header ruled out for offside before the England captain hit the post with a low free-kick – with Luiz admitting Arsenal were playing with their hearts rather than their heads in the closing stages.

“It is always a big game, a big derby with big history and everybody knows about this game,” he added.

“I think we did so, so well in the game – apart from the last 10 minutes where our team played with a lot of emotion and didn’t use our brains to control the game and use one more player on the pitch.

“But that is part of these kinds of games and I am so happy because the team has an identity, we try to control the possession and score all the time but I think we just have to be more efficient up front.

“It is never easy to play against them but I am so happy with the performance of the team, because we really understood the game before it started, how we had to beat them and I think we did that on the pitch.”