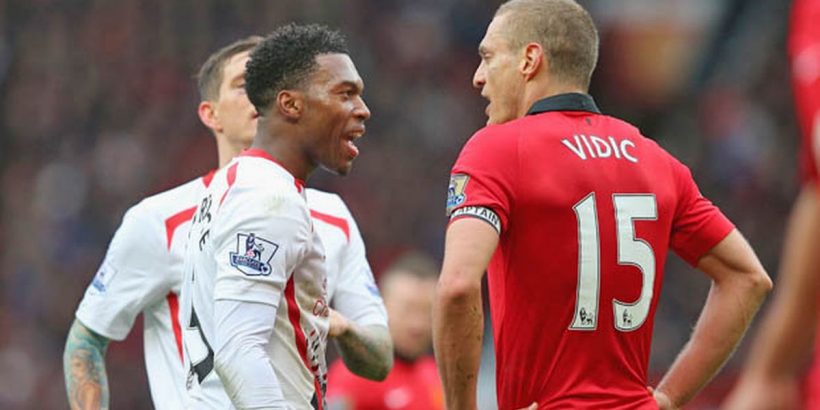 David Moyes was once forced to pull apart two of his star defenders towards the end of his brief reign at Manchester United.

The Red Devils were on a downward slide at the time, and had suffered a humiliating 3-0 defeat against Liverpool just days before.

The incident occurred in training while players reviewed footage of the match, with Nemanja Vidic and Patrice Evra coming to blows.

The centre-back, who had already decided he would leave at the end of the season, was sent off after receiving two red cards.

And Vidic apparently tore into Evra during the team meeting, and lambasted him for neglecting his defensive responsibilities.

Reports suggest the incident turned sour, with Moyes having to keep the two apart to avoid them coming to blows.

Vidic later confirmed the argument, and admitted the team had some "hard moments" during the catastrophic season.

He told the Daily Telegraph: "We argued amongst ourselves. This year more than any other, because when you have bad times, people show they care.

"We are still friends, but we were arguing to get better. We wanted to improve.

"We could say those things to each other because we have been together for so long, but it hurt.

"If you didn't argue, it would not be right. We had some hard moments in the dressing room between ourselves."

The Scotsman's time at United ended after just ten months, with the board sacking him after missing out on Champions League football for the first time since 1995.

Moyes took over the reigning Premier League champions, but was unable to get them playing the same way as Sir Alex Ferguson had, and lost his job as a result.

He will lead his high-flying West Ham side out at Old Trafford on Sunday, and will know the Hammers could go to within just two points of the Red Devils with a win.