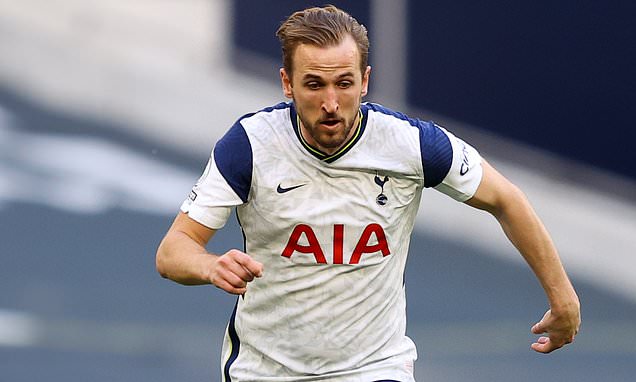 Pep Guardiola’s men are looking to strengthen this summer, having lost the Champions League final at the end of a campaign in which they won the Premier League and Carabao Cup.

Aston Villa captain Jack Grealish has been strongly linked with a move to the Etihad Stadium, where the exit of club record goalscorer Aguero has left a gap up front despite his bit-part role last season. 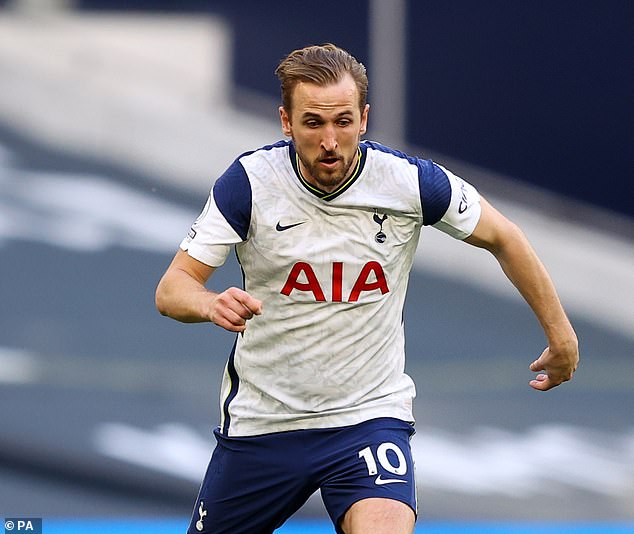 The Argentina striker’s former team-mate De Jong is interested to see how Guardiola chooses to move forwards as City reportedly line up a move for England skipper Kane, who has expressed his desire to leave Tottenham.

‘It all depends on what Pep is really looking for,’ the former Holland international told the PA news agency. ‘We’ve been talking about a striker that City is missing but knowing Pep he just played with a false nine the whole season again.

‘Of course the loss of Sergio Aguero, for me, is huge – not only as a player but also as a person in the dressing room.

‘It’s quite clear you have to fill that gap, I think with a striker. Could it be Harry Kane? Could it be even (Erling) Haaland? That’s also a possibility. 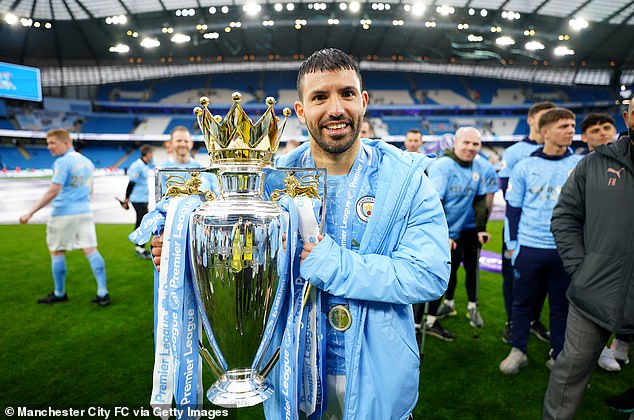 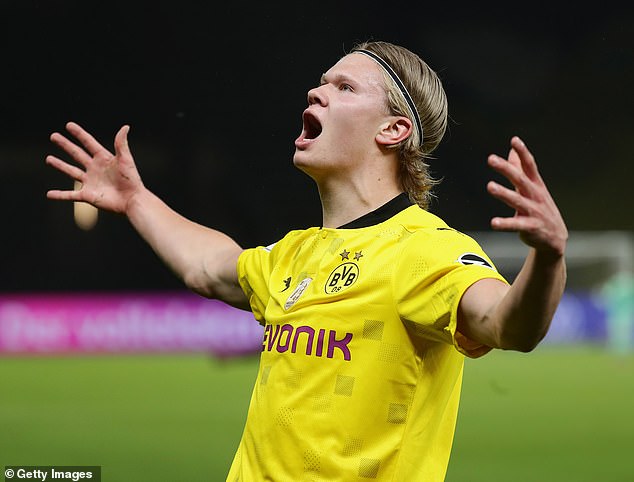 According to De Jong, Borussia Dortmund’s Erling Haaland is an alternative option to Kane

‘There’s certain areas, certain positions that he will think to boost up during the season or during the summer.

‘I think he will slot right in in that squad, but nothing is done yet.

‘This is all speculation and rumour and so on, so we just have to wait to see what the owners are going to do.’

The fact City are considering coughing up a nine-figure sum underlines just how much the club have changed since De Jong’s arrival in 2009, when he used to battle for kit at their old Carrington base.

The 36-year-old is proud to have helped the club start an era of success with the 2011 FA Cup and 2012 Premier League triumphs, but he is not surprised to see how they have gone on since then.

‘I clearly remember talking to the sporting director and coach at that time, but also to the director, to the main guy, the president, about what their aim was,’ said De Jong, who is heading back to the Etihad Stadium on September 4 to play in Soccer Aid for UNICEF 2021. 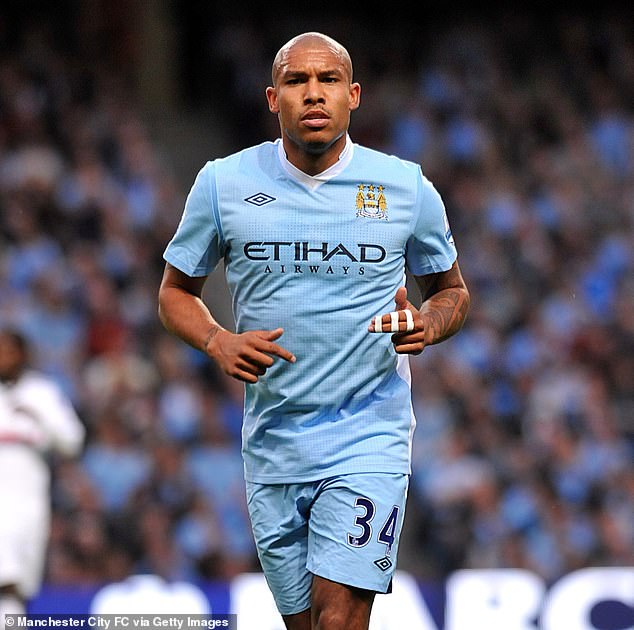 De Jong, who played for City between 2009 and 2012, is not surprised by the club’s progress

‘Their aim was to be one of the top teams in the world in the next five to 10 years.

‘Of course that comes with the power of football and it comes also with the financial back-up they can have to attract players from a stage like a Harry Kane and so on.

‘Looking at City right now, I’m enjoying the game that they’re playing of course because they have a great manager.

‘Still a bit of sour that we lost the final in the Champions League a couple of weeks ago, but the way Manchester City is playing that’s attractive football.

‘That was always the main aim for the City board and also for City as an organisation, so hopefully in the near future we’ll get the Champions League and bigger players will come to the club in order for us to accomplish this trophy.’

Soccer Aid for UNICEF 2021 takes place on Saturday 4 September at the Etihad Stadium. The money raised from this year’s game will help UNICEF fight back against the Covid-19 pandemic by helping to deliver 2 billion vaccines worldwide. Tickets are available at www.socceraid.org.uk/tickets.