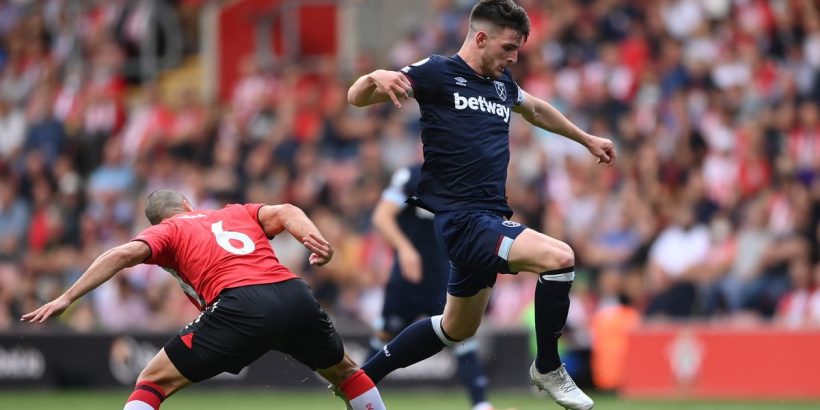 The West Ham United star's commanding and assured performance in central midfield have established him as one of the Three Lions’ most important players.

He started every match for England during Euro 2020, forming a rock-solid defensive midfield partnership with Kalvin Phillips of Leeds United.

And now it appears a transfer battle between the two Manchester sides is set to take place, with both United and City keen on the 22-year-old, according to The Sun.

United are in the market for a new defensive midfielder, with Fred struggling in the early stages of this season.

However, it is also understood City are interested in the youngster, who was released by Chelsea as a 14-year-old.

Pep Guardiola’s side were able to convince Fernandinho to extend his playing career by another year, but the 36-year-old will be free to depart the club or retire next summer when his contract ends.

That eventuality would mean City will need another defensive midfielder – and it appears Rice fits the bill perfectly.

Who will Declan Rice be playing for next season? Comment below.

Unfortunately for both sides, they will need to dig very deep into their pockets if they are to prise him away from the Hammers.

David Moyes’ side recently committed him to a new contract keeping him at the London Stadium until 2024.

Similarly to Harry Kane’s contract at Tottenham Hotspur, there was no release clause was inserted into the deal.

This means the east Londoners can command any transfer fee they want for the box-to-box midfielder.

And according to Eurosport, the Hammers value him between the £80m and £100m.

At 22 years old, Rice has plenty of time to develop and improve even more.

Having made his debut for The Three Lions in 2019, Rice has gone on to record 26 senior England caps for Gareth Southgate’s side.

He also has 149 appearances under his belt for West Ham, where he has scored five goals and contributed seven assists