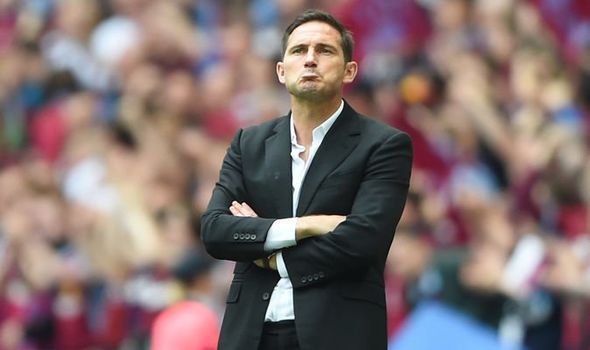 Lampard is being lined up by Chelsea as their replacement for Juventus-bound Maurizio Sarri.

The former midfielder is believed to be keen on a return to Stamford Bridge and would find it nearly impossible to turn them down.

However the Telegraph are reporting that Derby have opened talks over a new deal for Lampard and that they want to keep him.

Chelsea would have to pay around £4m to buy Lampard out of his deal. But they are not giving up lightly and will try and keep their boss.

Sarri is set to leave England after just one year at Chelsea having failed to earn the love of the fans despite guiding them back into the Champions League.

The Italian finished third, won the Europa League and reached the League Cup final. But fans were frustrated with his style of play and his attitude.

But he has been offered the change to take over at Juventus and Chelsea will pocket a hefty sum for the deal.

And Lampard is expected to replace Sarri in the coming days despite only one year as a manager. 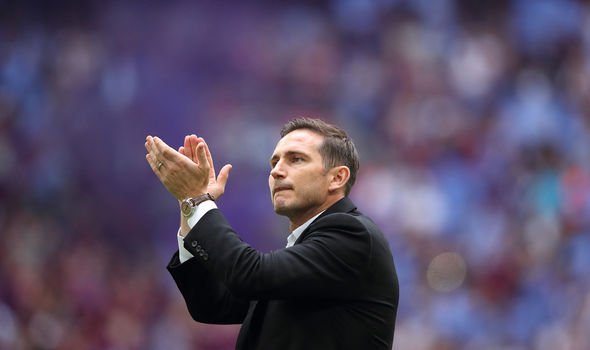 Derby reached the playoffs under Lampard, only to miss out on promotion after losing to Aston Villa at Wembley.

Lampard impressed in his first year of management, although some have questioned the wisdom of a return to Chelsea so early.

“In the last five seasons, they’ve been in the play-offs three times. It’s something they’ve done before.

“I think it would be good if he stays there. The expectation at Derby is to try and get them into the play-offs and get them up.

“The expectation of Chelsea is to get into the Champions League and try to win trophies against the best teams.

“That’s a big jump from Derby to Chelsea if it happens.”

He added: “It is a huge risk, but that’s what Frank’s about.

“He’ll take that risk. He’ll want to have a go at it. He can say he’ll bring some youngsters through although he’s got the transfer ban.

“I don’t think it’s correct. I think he should be a bit patient. Lampard left five years ago and this is a different squad of players than when he left.

“They respect him as a player and as a person, but the first thing he’ll have to do is gain respect in a coaching capacity.

“There are other managers, he’s not the only one. But it seems like everyone wants Frank to get the job because he was such a wonderful player there.”