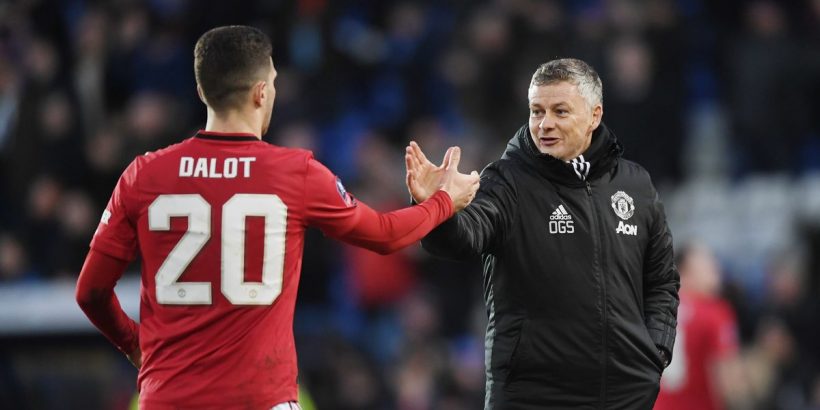 Manchester United defender Diogo Dalot made 33 appearances on loan at AC Milan last season – and Ole Gunnar Solskjaer might be handed a blow in his planning for 2021/22.

Dalot, who was brought into the Portugal squad for Euro 2020 after Joao Cancelo tested positive for Covid-19, had never before made more than 23 club appearances in a season.

While his Norwegian boss has been open about his desire to see the player return ahead of the new campaign, the 22-year-old might not be so keen to do so.

Dalot remains under contract at Old Trafford until the summer of 2023, but despite his versatility, looks unlikely to get regular game time over Luke Shaw or Aaron Wan-Bissaka.

Jonathan Shrager has reported that while Milan are keen to secure another year loan deal for Dalot, this time they want an option to make the deal permanent.

He adds that the player has also expressed a desire to stay with the Italian giants, but United are yet to respond despite the clear thoughts of Solskjaer.

United will be looking to force a title challenge next season after a second-place finish in 2020/21, having also suffered Europa League final disappointment against Villarreal.

Do you think there is a place for Dalot at Old Trafford? Let us know in the comments.

"The plan was always for Diogo this season, or the main thing for Diogo, was to be fit," Solskjaer said in March.

"He never managed to be fit for a long spell when he was here and was unfortunate with injuries.

"Now he's kept fit all season; he's been available for them. He's playing at a big club, big expectations and a great history, so it's been a good year for him.

"So, of course, I've been very pleased with his development this season. He's our player and we're looking forward to having him back."

Dalot told The Athletic when asked about his future that month: "I left something good there.

"I'm talking about the relationships I have with people. The proof is after seven or eight months we still have the connection and that's a very good feeling for me."

Adding of his return to Old Trafford in the Europa League: "The stadium has a smell. The grass has a smell. "I was used to going to the other half of the pitch before the game.

"It was strange just to see the stadium from that perspective, because I always looked from the Stretford End to the top. But I have to say it was a very good feeling."