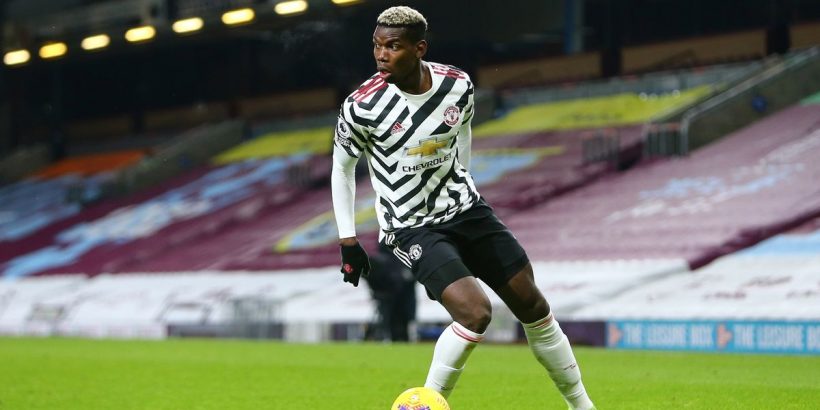 If some people are to be believed, Paul Pogba has morphed into Lionel Messi.

The breaking news from Turf Moor earlier this week was that Pogba had been world class, that he dominated his opponents and both ran and won the game for Manchester United with a moment of magic to fire them to the top of the Premier League table.

All of the above is part fact, part fiction. Pogba was decent in midfield alongside Nemanja Matic and did win the match with a scuffed and deflected strike replays have gone on to prove might just be the most overrated goal of recent times.

Before people start complaining that Pogba is now being criticised just because of who he is, think again.

Pogba cost United £90m and earns in excess of £250,000-a-week. He is now into his fifth season with United and we are still debating the merits of him being one of the best midfielders on the planet.

The mere fact a competent performance at Burnley (16th in the table and four points above the relegation zone) got so much attention speaks volumes for the on-going Pogba conundrum.

United didn't break the bank to lure him back to Old Trafford so he could stand out against teams like the Clarets on a cold night in the north west.

Executive vice chairman Ed Woodward indulged Jose Mourinho, who was manager at the time, in the belief Pogba would take the biggest games by the scruff of the neck and help make United the dominant force in English football again.

Matches like the one Pogba will be involved in this weekend, when United take on bitter rivals Liverpool in a Sunday showdown at Anfield.

You have to go back to 2018 to recall the last time Pogba did the above, when he scored twice in three minutes to inspire United to a thrilling 3-2 comeback win at neighbours Manchester City.

In the main, Pogba has been on a treadmill of mediocrity. He's been about as consistent as his haircuts and the truth is United have scaled the summit of the Premier League once again with him, not because of him.

The 27-year-old is no longer the centrepiece of Ole Gunnar Solskjaer's creation. This tag belongs to Bruno Fernandes, the leading man who has relegated Pogba to nothing more substantial than a cameo role alongside him.

Yet Pogba deserves credit for knuckling down to display the right attitude and work ethic in recent months – and so does Solskjaer for the manner in which he has handled his most high-profile star and refused to indulge him.

Compare this to what has gone on between Mikel Arteta and Mesut Ozil at Arsenal and the two scenarios are like chalk and cheese.

But Sunday's titanic tussle between the two biggest clubs in England is now the perfect stage for Pogba to deliver something tangible when it matters most – and is long overdue.

The time for United's enigma and problem child to stand up and be counted has come.

Paine the prat is one of cricket's worst-ever captains

The last thing we need ahead of this winter's Ashes series Down Under is for Cricket Australia to realise they have an absolute prat in charge of the team and axe him.

England needs Paine to still be calling the shots, because he has to be one of the worst skippers the sport has ever known.

Paine isn't even good enough to be in the Aussie side, let alone lead it.

His behaviour in the recent Test against India was embarrassing after he was involved in a heated verbal exchange with Ravichandran Ashwin and called him a "di**head".

Takes one to know one I suppose, because Paine was fined 15 per-cent of his match fee for showing dissent to an umpire earlier in the game and also dropped three catches behind the stumps on day five. Who's the "di**head" now mate?

Let's not forget it was Paine who succeeded the disgraced Steve Smith as captain after he was sacked following the ball-tampering scandal in Cape Town in 2018.

He has been widely credited with improving the Aussie's reputation following that debacle, but those responsible must be either partially sighted or slightly unhinged if recent events are anything to go by.

But let's hope Paine is still in charge come November, because he might just be our secret weapon.