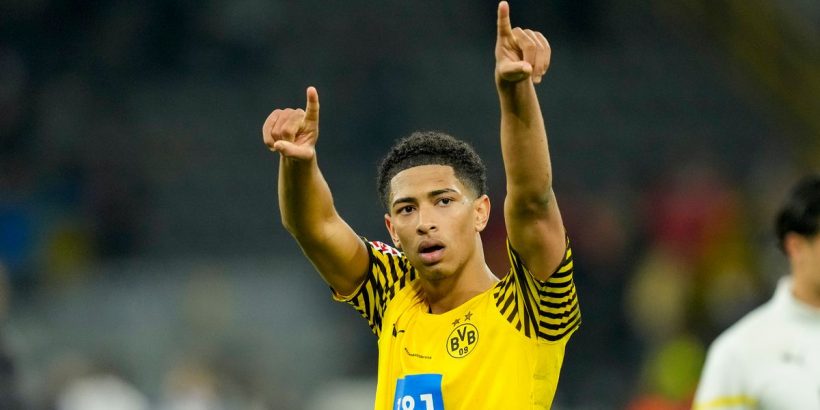 Anyone interested in buying Jude Bellingham will have to break the bank as Dortmund slap a mammoth £103million price tag on the midfielder's head.

Liverpool are thought to be leading the race for the youngster and are expected to make a major play for him next summer, but they'll need to smash their transfer record just to coax Dortmund to the table.

Interest in Bellingham has been rocketing ever since the England international made his £25million switch to the Bundesliga in 2020 – becoming the most expensive 17-year-old in history.

The now 19-year-old has three years remaining on his deal at the Westfalenstadion, giving Dortmund plenty of leverage for any future transfer negotiations – with the likes of Chelsea, Real Madrid and Manchester United all ready to join the tug of war for his signature.

Dortmund would rather not lose Bellingham – especially after seeing Erling Haaland and Jadon Sancho depart in back-to-back summer windows – but if history tells us anything, it's that if the price is right the German club are happy to do business.

In an interview last month, the teenager confirmed plans to stay at Dortmund for at least another year, telling German outlet Ruhr Nachrichten: "The only future I think of is the next game for Dortmund. I'm really looking forward to next season. I can't wait for it to finally start, but yes I'll be here next season and I'll be ready."

How much is Jude Bellingham actually worth? Let us know what you think in the comments section below

Bellingham has been a near ever-present in Dortmund's first-team since joining two seasons ago, blossoming into one of the world's most dynamic and versatile midfielders.

His club form instantly attracted the attention of England manager Gareth Southgate, who handed Bellingham his international debut just two-and-a-half months after he made his Bundesliga bow.

Ever since, the midfielder has remained a key part of Southgate's squad and is expected to play a starring role at this year's World Cup in Qatar.