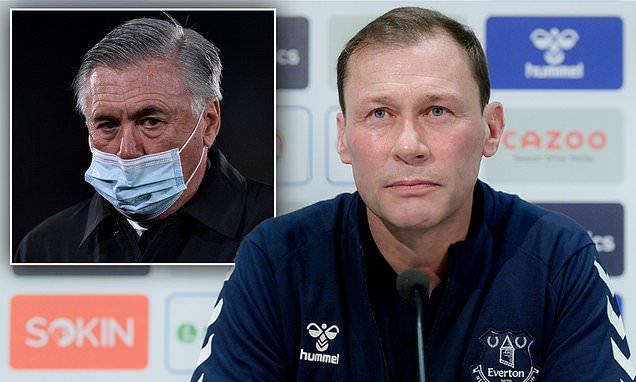 Carlo Ancelotti has called Duncan Ferguson and urged him to seize the moment as the Everton legend prepares for his latest managerial audition.

At the end of another turbulent week for Everton, which began with the sacking of Rafa Benitez and featured major shareholder Farhad Moshiri pumping another £100million of equity into the club, all eyes will be on Goodison Park this lunchtime for a crucial game against Aston Villa.

Everton arrive into this contest on the back of the worst run of form in the Premier League – six points from the last 39 – but Ferguson puffed out his chest on Friday and insisted relegation was not even in his thinking, as he sought to galvanise a response from this underachieving squad. 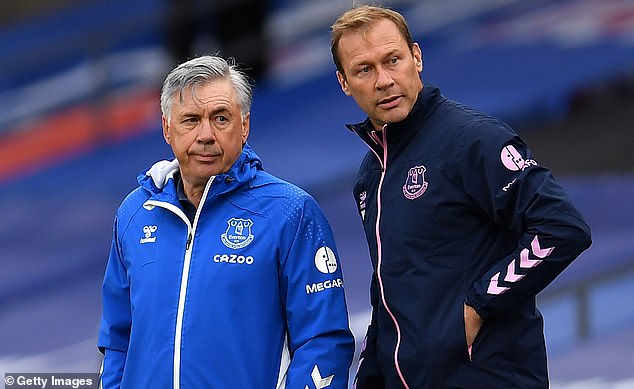 There was something reassuring for Evertonians about seeing Ferguson, a club totem, facing the cameras and he made it clear he had delivered a number of ‘home truths’ to the players who are temporarily under his charge. The question is why can’t he have the permanent opportunity?

When pressed about his ambitions to succeed Benitez, Ferguson – who is not a natural self-publicist – was self-deprecating. It was significant, then, that he revealed that Ancelotti, with whom he had such a strong relationship, had called to tell him to believe in his methods. 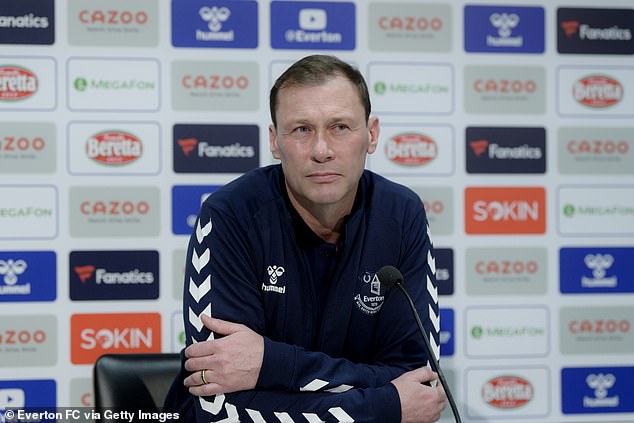 ‘That’s what you’ll see (against Villa) and that’s what you see on the training ground. Carlo said to me: ‘Be yourself. You’re ready.’ That gave me a bit of confidence. I worked with Carlo for a couple of seasons and he told me to go for it, to be myself.

‘He said you know what you’re doing and you’ve got the experience on the training ground. He said: ‘You’re ready.’ That gave me a bit of a boost to be honest with you, hearing it from a guy like that who has done it all. That was good.’

He added: ‘There will be many, many managers who are qualified to manage Everton. They will have more trophies, experience and things like that. But right now – because we have lost a manager such a short period of time ago – right now I would probably be the best man to take it on.’

There is no doubt this is different to his last short stint in December 2019. It is fair to question whether the players fully appreciate what is expected of them from supporters and whether they can be trusted to deliver the performances to halt the slide. 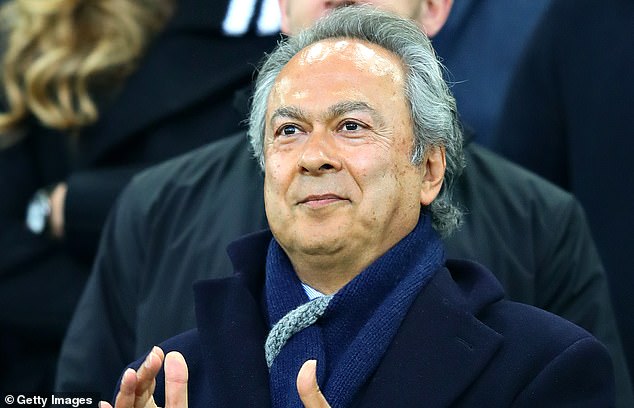 Does Ferguson trust them?

‘Absolutely I trust the players,’ he said. ‘100 per cent I trust them. I work with them and know they are good players. When lack of confidence and are losing games, you start to get down. Getting into them a wee bit and digging them out, I believe I have them on board. That’s why I trust them.’

How this plays out remains to be seen but Moshiri, who has considered a number of candidates to succeed Benitez, sent an open letter to fans yesterday explaining how he had turned loans into equity – he now owns 94.1 per cent of the club – and his views on what has happened.

‘I assure you my commitment remains strong and focused,’ he said. ‘I am a private man and I do not speak publicly very often. But I promise you that my determination to deliver for Everton will not waiver. We will ensure we have the best model in place moving forward.’