Lawrence Shankland scored a wondergoal from 53 yards out to secure a point for Dundee United against St Johnstone in the Scottish Premiership last night.

United were 2-1 down to the visitors in the 53rd minute when Louis Appere helped the ball into Shankland’s path just inside St Johnstone’s half.

But what happened next took everyone by surprise as the Scotland forward set his sights and struck a firm right-footed shot which flew over stranded keeper Benjamin Siegrist. 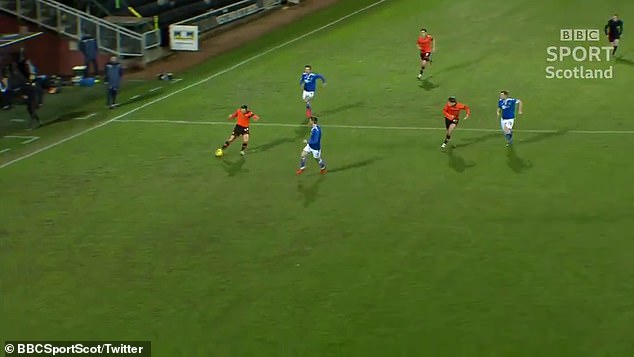 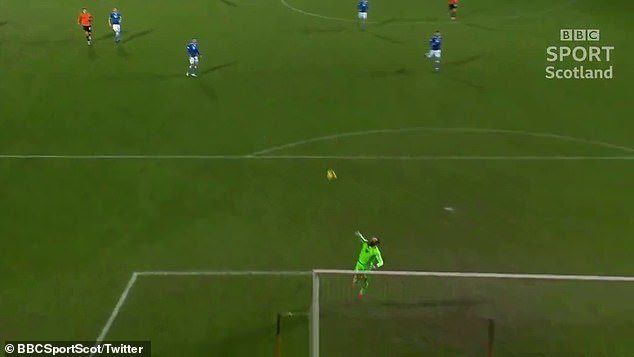 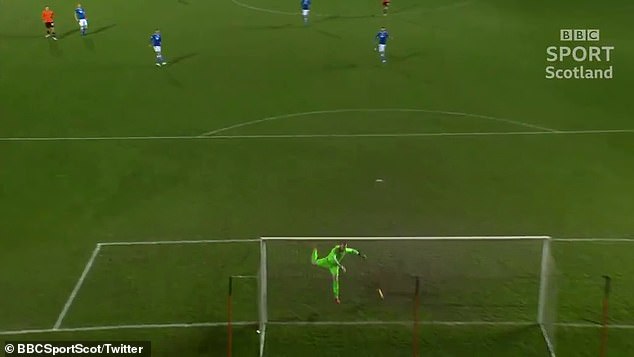 Siegrist scrambled backwards but couldn’t reach Shankland’s shot as he stumbled into the net, with United’s players and coaching staff mobbing the striker in celebration.

Manager Micky Mellon couldn’t believe what he had witnessed and compared it to a golfer’s drive.

‘It was a special goal,’ he said. ‘Lawrence doesn’t look up. He just knows where the goal is.

‘He struck it so cleanly. It’s like a golfer striking a drive. It was that kind of noise.

‘It was so straight and so true that you think to yourself that’s got a chance of going in. 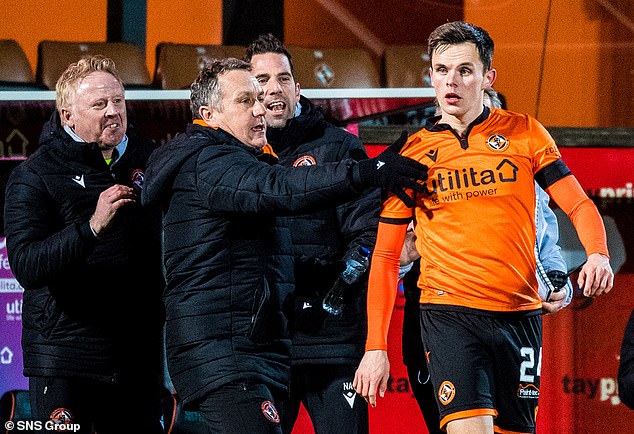 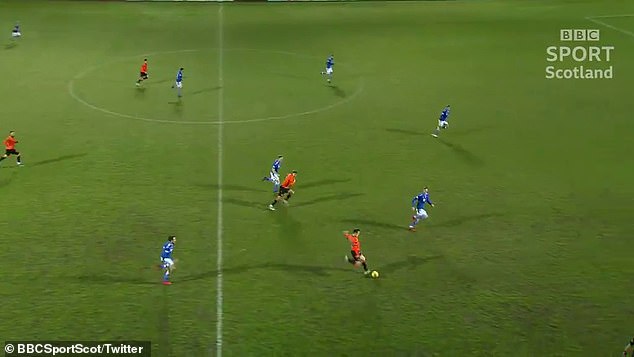 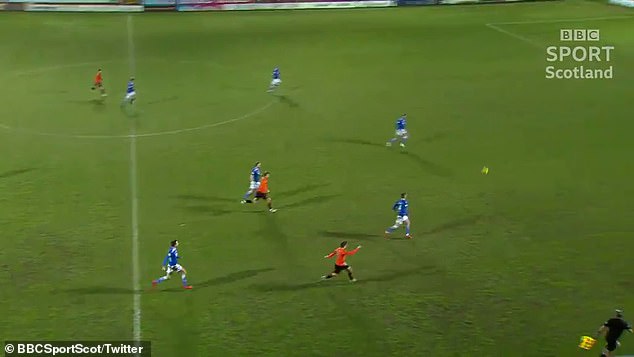 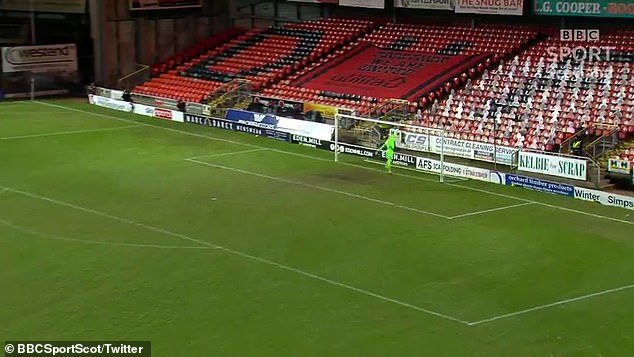 ‘It was a ridiculous moment to see it hit the back of the net.

‘I’m pleased I’ve seen it. I don’t know how you measure great goals but this one was certainly fantastic. Everyone should be celebrating what was a fantastic moment.’

The game had added significance as it was United’s first home match since the death of legendary manager Jim McLean on Boxing Day, with a minute’s applause held before kick-off and in the 83rd minute to mark the Tangerines’ 1983 league win.

Appare put the hosts ahead at Tannadice when he turned in from close range in the ninth minute, before Guy Melamed and Christopher Kane struck in the 16th and 38th minute to put St Johnstone ahead.

But Shankland’s moment of magic ensured his side paid tribute to McLean in the right way, even if United were not able to secure all three points.

Mellon’s United are sixth in the Premiership table, 10 points behind Hibernian in fourth.