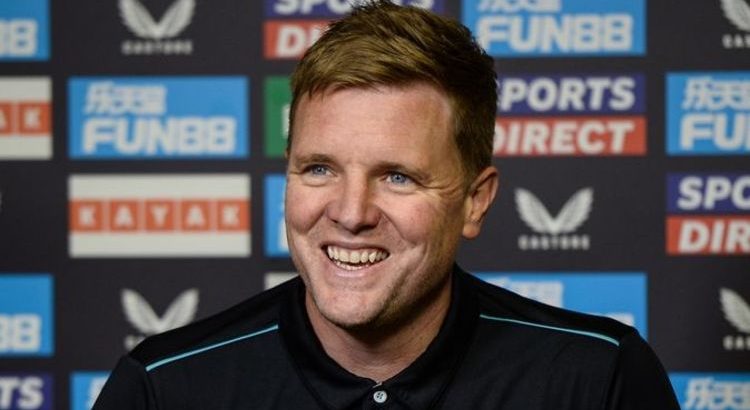 The England international made his debut in the shock 1-0 FA Cup defeat by Cambridge United on Saturday.

Howe’s focus since has been on signing a striker. Newcastle lost Callum Wilson to an injury that could see the club’s No 9 miss two months of football.

Wilson is Newcastle’s top scorer with six top-flight goals this season and has shouldered the majority of the goalscoring burden.

He also scored the first goal of the new owners’ regime in October.

And so Howe has demanded an immediate replacement. And in doing so, Newcastle have harmed a direct relegation rival in Burnley.

Striker Wood has completed a move believed to be worth around £20m. Howe has explained the three reasons why the 30-year-old has been signed.

Howe said: “He is a very dangerous attacking threat, has a physicality and character that I really like, and he has vast experience in the Premier League.”

He added: “Chris is an important signing for us at a crucial time and I’m very pleased we have been able to move quickly and bring him here.”

Meanwhile, Wood, who has scored three goals this season, has jumped at the chance to join Newcastle.

Wood commented: “I have played at St. James’ Park a few times and it’s an amazing place, so to have the chance to represent this club with those incredible supporters behind me and my team-mates is very special.

“The club and manager have been first class during this process, and I really can’t wait to get onto the pitch and repay the faith they have in me, especially with a vital part of the season ahead of us.”

Newcastle are paying a premium fee for a player who is 30 and had just 18 months left on his contract.

There have been widespread reports suggesting that the fee in the region of £20m is a release clause, although other claims have said that the clause was not set to become active until the summer which would mean Burnley sold the player voluntarily.

However, it is a deal that will certainly make sense to those at St James’ Park.

Wood has scored double figures in each of his three full campaigns in a Burnley shirt. That makes him a ready-made source for goals for a Newcastle side who have only managed 19 this term.

It has also allowed Newcastle to harm a direct relegation rival by taking their star striker. Howe’s side are 19th in the Premier League and have won just one game all season. Burnley are one place above them and also on 11 points, although have two games in hand.

The caveat is that both teams are in trouble of being cut adrift. In 17th are Watford and should the Hornets win their game in hand over Newcastle, they will move five points above the Magpies.