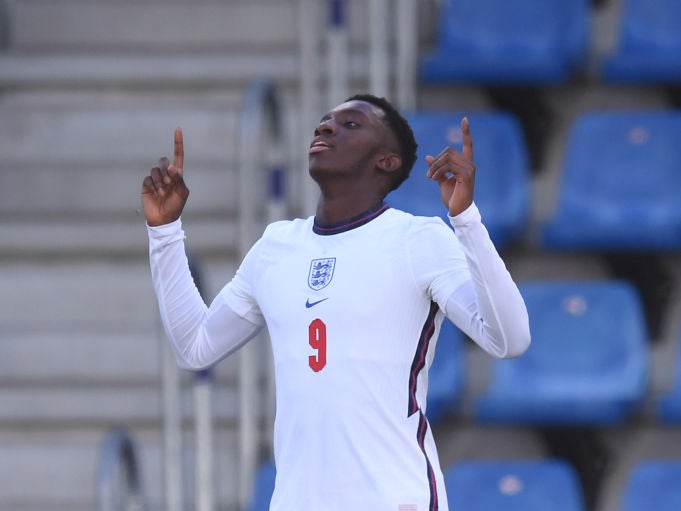 “If you look at Alan and the career he had and Harry Kane and the career he is having – where Eddie is concerned, if he can get to the point where, like those two players, he’s in on goal and you just know he is going to score, that’s when you make the step from young player to senior player.

“He’s not quite there yet but he’s not far off. The fact he’s in the company of those players that I’ve mentioned shows how much I think of him and how much we think of him in the system.

“He is destined for some big things. He has an aura of responsibility and leadership about him. He is a natural. He is very professional as well.

“If you were going to put someone up there as ‘this is what you want young England players to look like’, then it would be him.”

Nketiah will have a chance to break the record against Turkey at Molineux on Tuesday, when a victory would see England through to the UEFA Under-21 Championship with two games to spare.