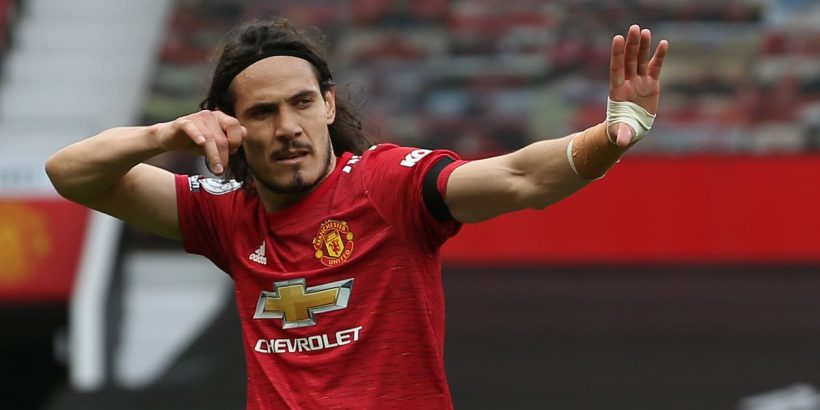 Cavani, who can't put a foot wrong at the moment, was once again on target in the Europa League on Thursday night, as United booked their ticket to the final in Gdansk.

However, the Uruguayan's contract runs out in June, and Cavani is yet to put pen to paper on a new deal.

United are reportedly set to table a deal, for the 34-year-old, worth £250,000 a week as they hope to tie the Uruguayan down for at least one more season.

If Cavani does sign the contract, and David de Gea leaves – as he is widely expected to – it would leave only Paul Pogba with a higher wage than Cavani.

Pogba, who currently earns £290,000-per-week, has also been linked with moves away from Old Trafford this summer.

However, convincing Cavani to resign may prove difficult.

“My son does not feel comfortable in England and wants to be close to the family again. Edinson is going to end up playing in South America," his father told South American outlet TyC Sports earlier this season.

“I want Edinson to play in a team that fights for something important.”

And with Argentinian side Boca Juniors monitoring the situation closely, they could provide him with a route back to South America.

Furthermore, whilst at PSG, Cavani expressed his interest to win the Copa Libertadores – the South American equivalent of the Champions League – which Boca can provide him with.

"I'm a man of projects. So, if an important project comes along, then I really want the Libertadores and I like challenges," he told Radio Sport890 in 2018.