Edinson Cavani may prefer to join Chelsea or Tottenham ahead of Manchester United if he has a desire to keep playing Champions League football this season, says Sky Sports reporter Kaveh Solhekol. Cavani has handed in a transfer request at Paris Saint-Germain and wants to leave six months before his contract expires at the Parc des Princes.

Atletico Madrid are said to be the only club who have approached PSG over a move for the Uruguay international so far.

But United, Chelsea and Tottenham are all in the market for a striker this month and Solhekol suggested he may prefer a move to the capital.

“What we are being told is funds are available for Ole Gunnar Solskjaer if they want to sign somebody short term,” Solhekol said. 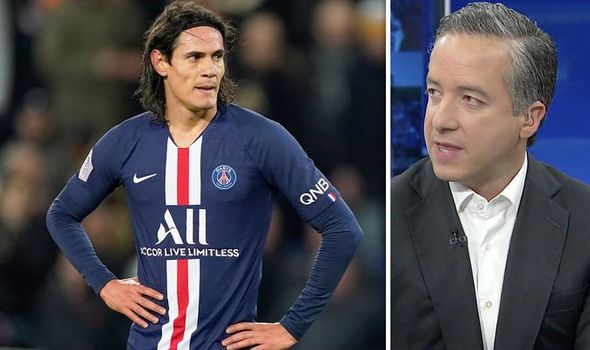 “You say somebody like Edinson Cavani who’s put in a transfer request at PSG, he might be available.

“But he’s got other options. You would think that he would want to stay in the Champions League, obviously Manchester United can’t offer him that.

“So would he prefer hypothetically to go somewhere like Chelsea or Spurs, where he would get Champions League football?”

Chelsea head coach Frank Lampard was asked about a potential move for Cavani on Monday.

“I think long term in January is very difficult so short term is something we would look at,” Lampard said.

“I think there are issues that are pressing for us to finish where we want to get to. Short term is something we are looking at.

“[Cavani’s] a great player – I played against him and I always loved his mentality and his attitude. His goal-scoring record speaks for itself.

“I’m not absolutely aware of what the situation is, so we’ll see. 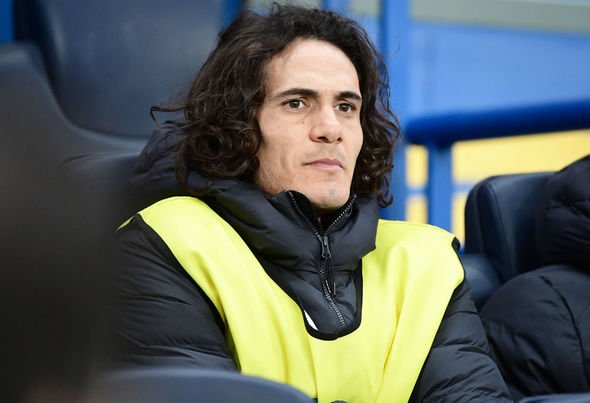 “He’s an experienced player but so are many other players out there. We are young as a squad so the idea of bringing in experience is not something I’m looking away from. Sometimes the younger players need a bit of help.”

“It’s just an unfortunate situation that we’re in,” Solskjaer said.

“It might be, because the window is open, we might look at some short-term deals as well that could take us through to the summer.

”We’re looking at numbers as well because we have had many injuries so if the right one’s there and it will fit for us, we can buy.

“If there are loans available, it might be possible.”