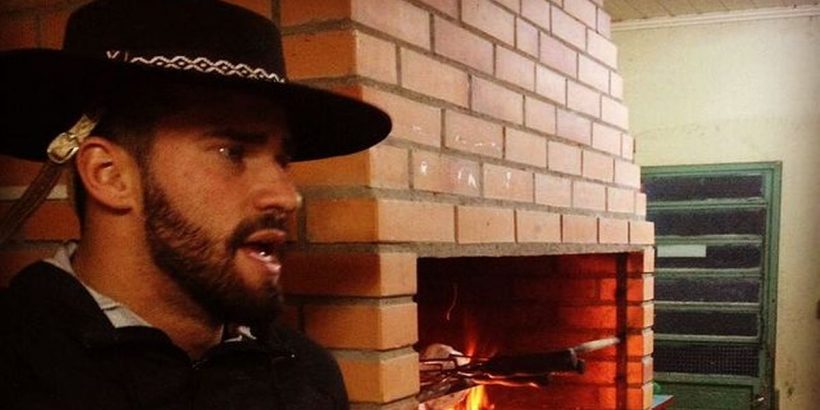 It is easy to forget that football players have lives outside of the sport, with training and matches only taking up a certain amount of time.

With a large disposable income, to some top stars the world is their oyster when it comes with how to use up their free time.

And while some focus almost purely on football, others have taken up some more extravagant hobbies. But there a few footballers who have continued with skills they learned as youngsters to go alongside their glittering career.

So from David Luiz’s magic to Alisson’s music, here are eight footballers with surprise secret talents they’ve picked up in their spare time or since retiring.

Arsenal defender David Luiz is known for being a tad eccentric.

So perhaps it’s no surprise that he keeps a trick or two up his sleeve.

The wannabe magician amazed his Chelsea team-mates back in 2016 with an impressive card trick, which was shown on the club’s YouTube channel.

Alisson has impressed in goal since joining Liverpool three years ago, but he’s got a real talent off the pitch too, it appears.

The Brazilian can sing and play the guitar to a pretty high standard.

For his Reds initiation, the stopper performed a cover of the iconic 'Don't Look Back in Anger' by Oasis, while he also teamed up with Scouse musician Jamie Webster to perform a cover of 'Allez, Allez, Allez' on guitar.

Not many people can say they’ve represented their country at one sport, let alone two.

But that is a brag Inter Milan star Ivan Perisic can make after making his beach volleyball debut for Croatia in 2017 at the Porec Major.

Former Arsenal winger Andrey Arshavin’s work outside of football is sure to raise some eyebrows having tried his hand at designing women’s clothes.

The Russian studied at the State University of Technology and Design in St Petersburg, and several of his designs have been shown off in the institute’s museum.

Arshavin’s thesis was the design of a suit that could be worn both casually and for sport – a football manager’s dream!

Ex-England striker Les Ferdinand is a man of many talents, having tried his hand at the saxophone, cooking and riding a motorbike.

But he found his niche in learning to fly a helicopter, and Ferdinand has his full licence after passing seven exams.

The former Newcastle and Tottenham man told FourFourTwo in 2005: “It’s a real release. When you’re up there, you can completely disappear for a couple of hours – nobody bothers you and you don’t bother anyone else.”

The Dane is rather inked up himself, with his body art all over him from head to tie, while a ‘YNWA’ on his right knuckles pays homage to his time at Anfield.

But the ex-centre-half is no stranger to using the pen himself too.

Less of a surprise this one, but legendary Swedish striker Zlatan Ibrahimovic became a black belt in Taekwondo when he was just 17.

The 39-year-old was actually a better martial artist than he was a footballer in his younger days, but he seems to have made the right choice by going into football.

The AC Milan man has shown glimpses of his Taekwondo skills with his athletic kicks over the years, most iconically that bicycle kick against England from the half way line.

Wolves legend Jody Craddock hung up his boots back in 2013, but didn’t waste much time in launching a new career soon after – as an artist!

The former defender specialises in portraiture, graffiti and photorealism, and his subjects include: David Beckham, Bobby Robson, Theo Walcott, and Ricky Hatton.

Craddock even held an exhibition for his first works in 2015 titled "Le Bellezza Della Fusione" in Leicestershire.