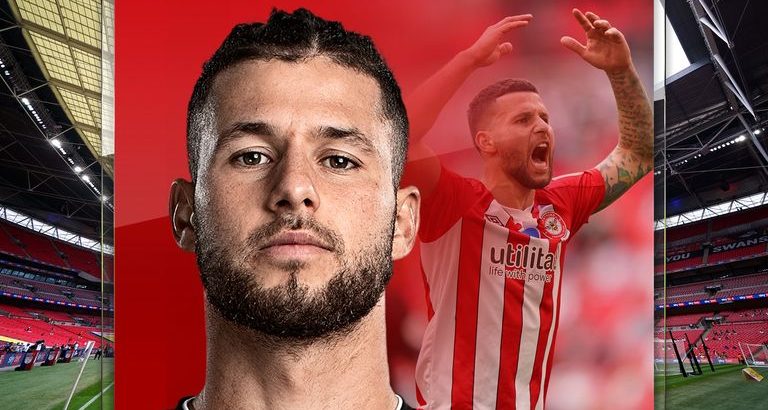 Brentford supporters had been dreaming of reaching the Premier League but imagine how it felt to be the man whose performance at Wembley made it happen. Emiliano Marcondes was the star of his team’s 2-0 win over Swansea in the Championship playoff final.

“It was 100 per cent the best day of my career and maybe also my life,” he tells Sky Sports. “To score, win and be named man of the match in my last game for Brentford. I was so happy that I could not stop smiling for weeks. It still makes me smile just to think about it.”

That smile still reveals the temporary teeth that he required just days before the final after catching an accidental elbow from teammate Marcus Forss in training. It required emergency dental treatment for him to be ready for his heroic role at Wembley.

“I say all the time that I look like Freddie Mercury because they stick out a little bit longer than before. It was not the best preparation.”

The aftermath has not been ideal either. His best day in a Brentford shirt was also his last. Marcondes soon discovered that he would not be joining his colleagues in the Premier League. He was being released. If not quite a shock, it was certainly not what he wanted.

“I was truly disappointed that my contract was not renewed,” he says. “I had a great time in Brentford, I make lots of friends and I had a good connection with the fans. But that is football. Now it is time to move on and I wish Brentford the best of luck.”

After such a dramatic few weeks, Marcondes, 26, might have wanted a vacation. But the Dane is speaking fresh from a trip to Ghana as part of a longstanding link-up with the Right To Dream academy – a connection that dates back to his time at Nordsjaelland.

The Danish club is owned by the African not-for-profit organisation and is famed for its commitment to give-back projects, something that Marcondes was encouraged to become involved in from an early age. “I spent more time at the club than I did at home,” he says.

“They develop the characters of young players and I think they have had a big impact on who I am today and why I do things like this. I grew up at Nordsjaelland.”

Even so, this trip was something new for him. “To see what the African players have been through, it was a real experience. You think about the African boys straight away because they do not have the opportunities that we have in Denmark and elsewhere.

“I was with Maxwell [Woledzi]. He is at Nordsjaelland now. We met in Accra and he showed us around his village. That was really just an eye-opener for what these guys go through and they still succeed. It is heart-warming to see them going to the Right To Dream academy.”

Marcondes put on a free-kick masterclass for the academy youngsters, something that he has already established in Denmark with Nordsjaelland. It was well received.

“You could see they were really focused and very humble. There was a lot of respect. They really tried to take it in even more than they did in Denmark. They were trying to do what I said and asking questions. It was really nice to give them something.” 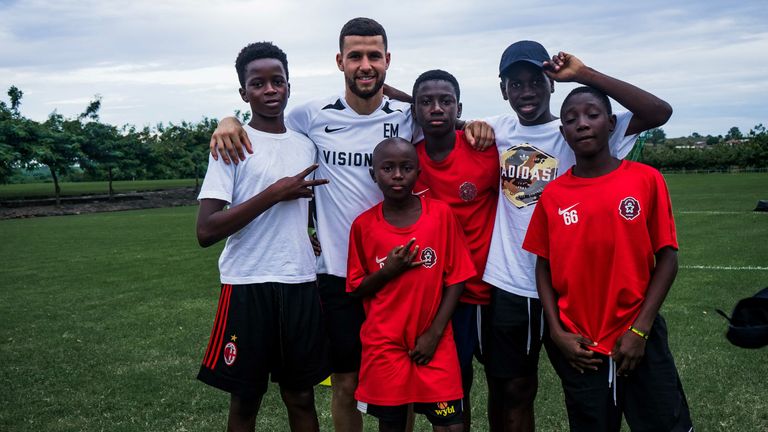 If that was a highlight of his trip, the lowlight was an obvious one. Marcondes was watching on in Ghana as the horrific events from Denmark’s opening game of Euro 2020 against Finland unfolded, his compatriot Christian Eriksen suffering a cardiac arrest on the pitch.

“It was a shocking moment,” he recalls. “It really reminds us that life is unpredictable and you never know what is going to happen.” For Brentford’s community player of the year last season, it reinforced his belief that there is much more to life than football.

“In the end, we do not play the game for money and fame but to inspire others and give hope to the next generation. We will be remembered for the person that we are. That is why I am trying to grow as a person and learn about new cultures. “During the Covid break last year, I think many footballers were thinking about the fact that football is so important to us but what if football was not here? We did not play football for two months. I was thinking a lot about what I could do outside of football

“How I could help other boys and girls to have more motivation to play? I had my free-kick class before when I was at Nordsjaelland and so I was thinking maybe I should start that again. It just developed over the course of the last year.

“Now we are starting in Egypt and I am thinking about China as well. I still have close ties to my family in Brazil where I still have something I want to do as well.

“That is something that I have learned from this, why I am more into charity work and trying to help others, because this is really what I want to do. Maybe after my career, I will start an academy and help people who do not have the opportunities that I do.” His career is far from over yet, though. In fact, Marcondes is confident that the best years are ahead of him. Particularly if he has the chance to play in his favoured position – an opportunity that was often denied him at Brentford because of the team’s formation.

“The position that I played at Brentford was not the optimal one for me. I played as an 8 and I want to play as a 10 instead. I never really got into those positions that I really wanted to be in and where I think I am best. It made me realise that even more now.

“I am really excited about a new challenge at a new club. I do not want to rule anything out but my goal since I came to England was to play in the Premier League. By winning promotion with Brentford, I feel like I have kind of done it but not really.

“So I feel like I need to do one more thing in England before I leave. I have some opportunities so we will see.

“I am just really excited for the future.”