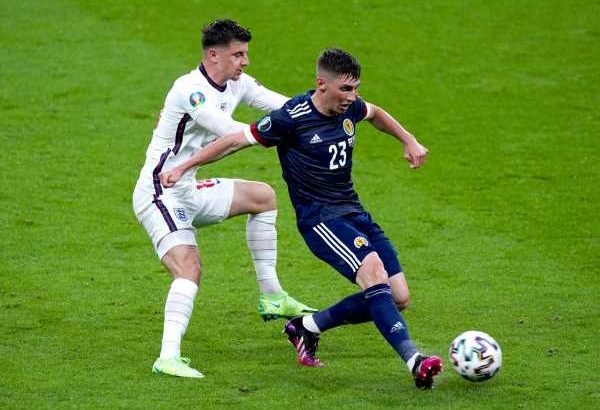 England have qualified for the Euro 2020 knockout phase without kicking a ball at the end of a chaotic day that saw Mason Mount and Ben Chilwell go into isolation after Scotland’s Billy Gilmour tested positive for coronavirus.

The Scottish Football Association announced on Monday morning that the 20-year-old midfielder had returned a positive Covid-19 result and would miss Tuesday’s crunch Group D encounter with Croatia.

Gilmour helped boost Scotland’s qualification hopes with a man-of-the-match display in Friday’s 0-0 draw at Wembley where he interacted with Chelsea team-mates Mount and Chilwell.

The England pair are having to isolate on the eve of Tuesday’s game against the Czech Republic as a precaution following consultation with Public Health England with discussions about the situation ongoing.

The fact Gilmour’s positive results appears to be having a bigger impact on the Three Lions than Scotland has left Gareth Southgate confused, but any stress over qualification was removed by results elsewhere on Monday.

Four of the best third-placed teams at the rearranged Euros progress to the knockout phase, with England’s four-point haul now guaranteed to put them in that bracket whatever happens against the pool-leading Czechs.

Southgate is braced to be without Mount and Chilwell for Tuesday’s match, despite the pair producing negative lateral-flow tests on Monday afternoon following negative results in Sunday’s round of UEFA pre-match PCR tests.

I can’t say it isn’t disruptive. We don’t really know at this point whether they might be OK for (Tuesday) or they could be out for 10 days so there are a lot of unknowns frankly at this moment in time.

Asked about the duo’s availability for the group decider, the England manager said: “Well, we don’t know at the moment.

“There’s obviously got to be quite a doubt, but there’s still a lot of discussions and investigations going on behind the scenes, so at the moment they’re isolating and we just have to find out over the last 12 hours or so.”

He added: “In terms of the team, we’ll need to go through details with the players in the morning really, so we’ll have to know by first thing in the morning of their availability and if not we’ll just have to play on without them.”

A PHE spokesperson told the PA news agency that it was “working with the FA to identify close contacts of Billy Gilmour and any risk to other players and staff”, and indicated any decision to tell players from the England team to isolate was made by the Football Association.

Southgate, who had been due to have Mount alongside him at the pre-match press conference on Monday evening, said: “We had worked with the players this morning on the training pitch so then of course we find out when we finish that this is the situation.

“I can’t say it isn’t disruptive. We don’t really know at this point whether they might be OK for (Tuesday) or they could be out for 10 days so there are a lot of unknowns frankly at this moment in time.” 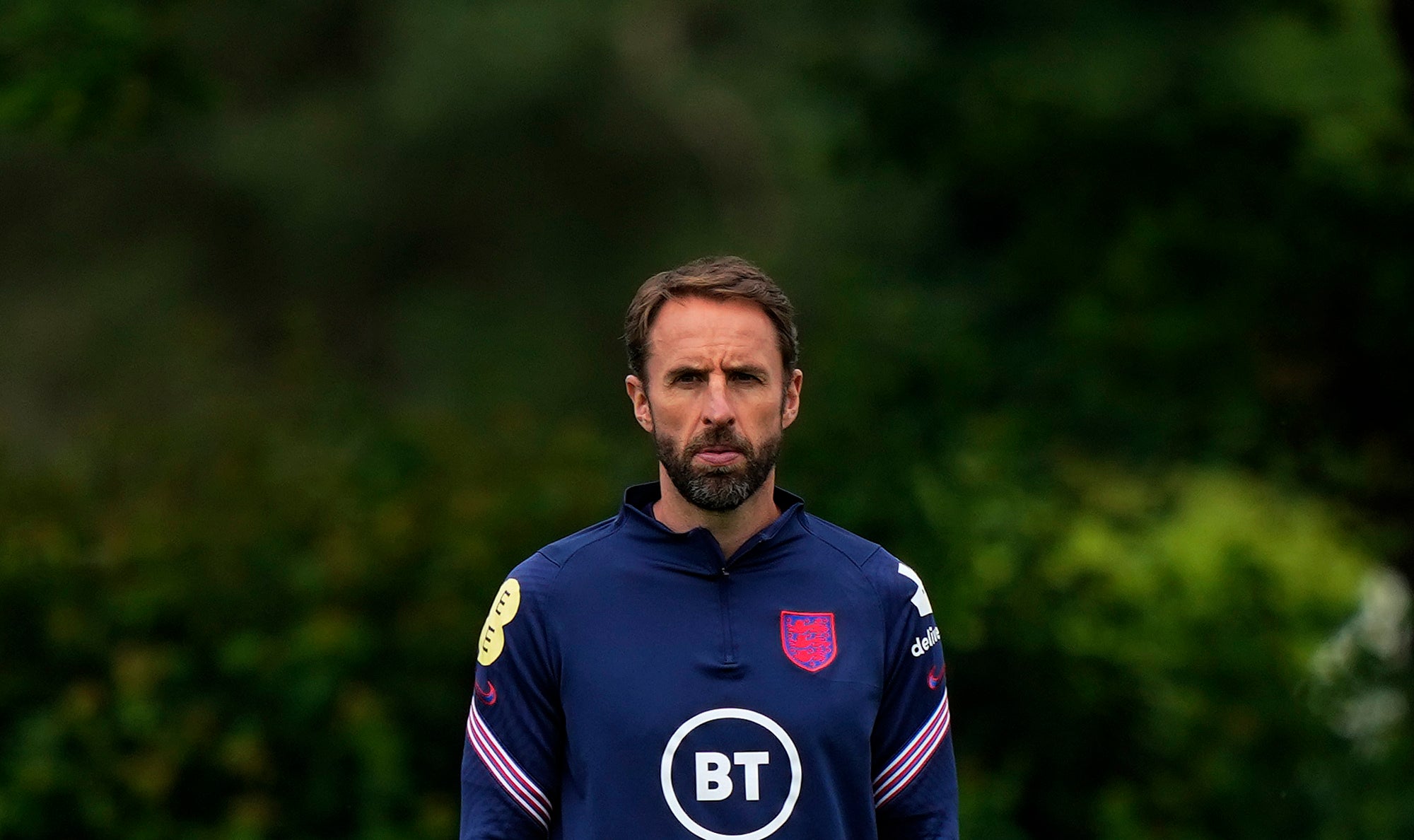 Among the many things Southgate is trying to get his head around is how England are having to prepare without two players whereas Scotland have avoided further absences despite Gilmour’s positive test  being in their camp.

Steve Clarke’s men have been under the PHE umbrella, having stayed in Darlington and used Middlesbrough’s training ground – the same facilities used by England during their pre-Euros training base.

“I don’t want to cause a drama for Scotland but if you’re all in the dressing room together, where does everything stand? I don’t know is the honest answer to that,” he said.

“Our medical people are dealing with all of this. I’ve been updated as regularly as I can be which is every hour or so when there’s a little bit more information and we have to accept whatever the situation is and adapt to it.

“That’s the world we’re all living in, across every family and every sport and every business.”

Ex-England striker Gary Lineker shared similar confusion about the differing impact on the sides following news that Mount and Chilwell were isolating.

“This is odd,” he wrote on Twitter. “They may have had close contact with Billy Gilmour, but if they continue to test negative surely they can play.

“Otherwise surely every single Scottish player, who all hugged Gilmour after the game, won’t be allowed to play either. Makes no sense.”

But Southgate – who expressed sympathy for Scotland counterpart Clarke following Gilmour’s positive test – is not letting his attention waver, saying in tournaments “you have to adapt, you have to respond”.

Asked why it just Mount and Chilwell, who were pictured embracing Gilmour on Friday, having to isolate, the England boss said: “I don’t know all of the factors behind that.

“Clearly it’s nothing to do with being on the pitch so that’s why there is no issue with teams training, for example.

“Going to when the Premier League restarted training and matches were shown to be a situation where there weren’t contacts for long enough for that to be a risk, so we’re just waiting to hear more information at this moment in time.”

He added: “It would be something to do with chatting after the game, but I have no idea of all the detail. That’s why we’ve taken the decision at this point to isolate them. That’s why we’re having to have the discussions with Public Health England, as I understand it.”

Southgate will, though, make sure England’s players are reminded of their duties.

“After what’s happened, I don’t think they will need us to tell them but for sure we will,” he said.

“I think you can see evidence at every match of interactions. I think these sorts of things do serve as a reminder that we are under a different sort of spotlight to most parts of the community and at higher risk of being forced to miss matches or whatever else.”