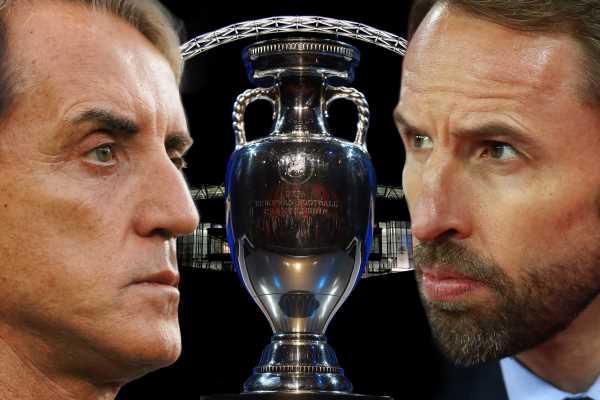 In one of Gareth Southgate’s last meetings with the England squad, he put a choice to the players that could define their careers.

“You’ve created a legacy. You’ve earned the people’s respect. You’ve represented your country in the right way. But now you have the choice of what colour medal you get.”

Roberto Mancini was meanwhile saying something similar to the Italy players, telling them that this is “their moment”.

Many of them believe it. As many of the England players believe they’re winning gold, to at last lifted that silver urn, its Greek shape inspired by the fact that Europe is a word of Hellenic origin.

There is a rare conviction running through both squads, that has only been fired by their runs through this fantastic tournament. Italy have soared, before landing to dig their claws in against Spain. England have marched, before really getting into their stride. 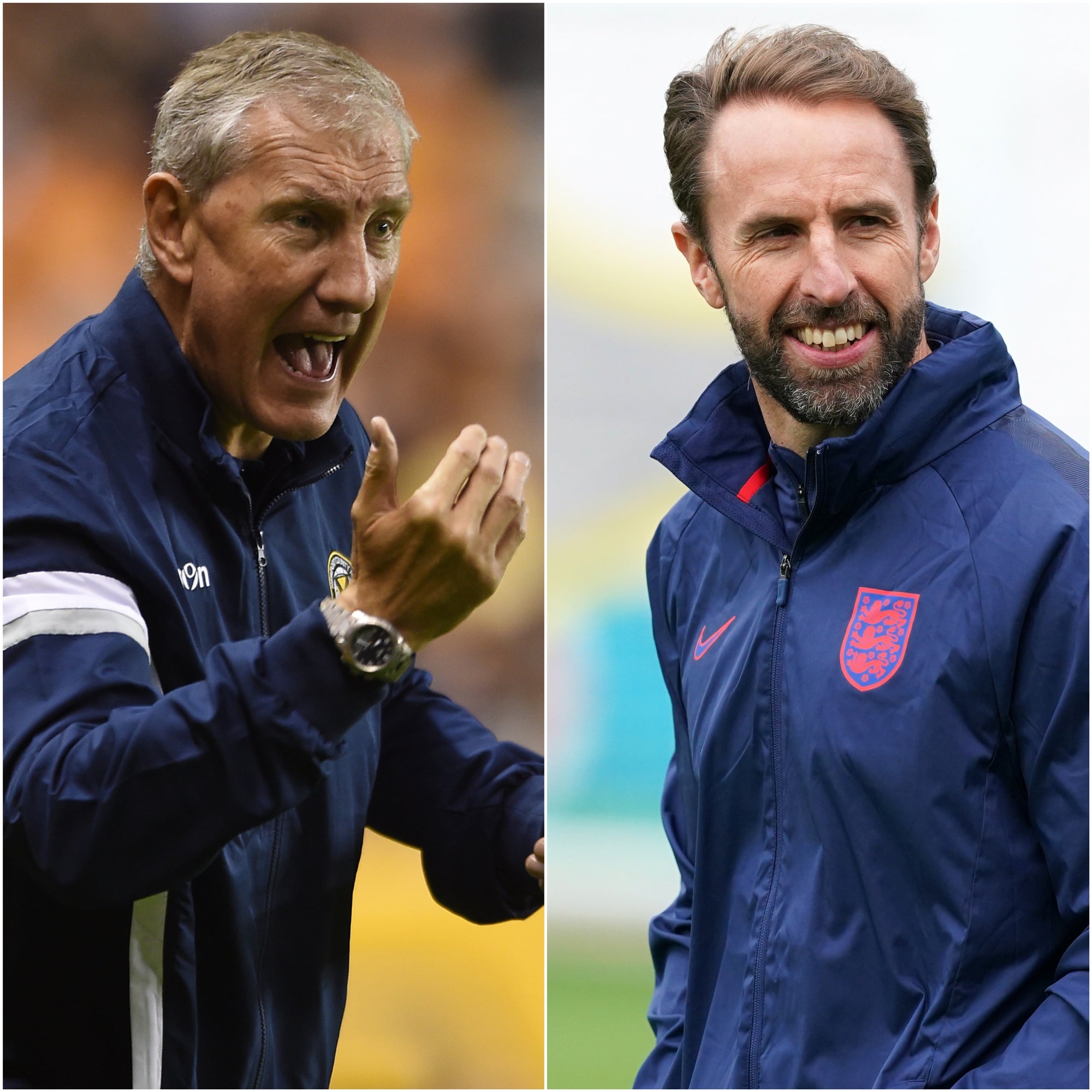 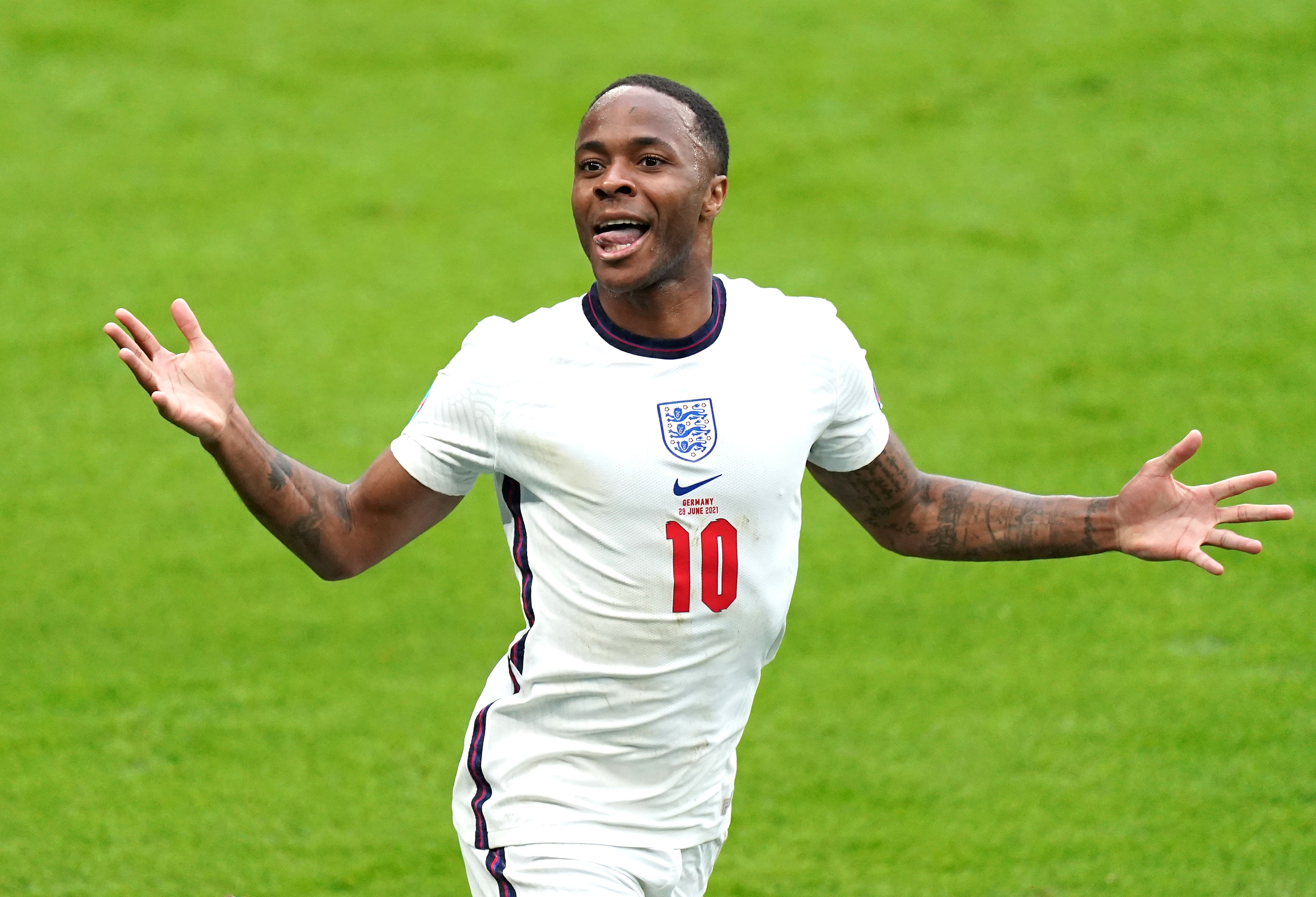 The wonder is what gives first, whose belief starts to waver amid the intensity of the occasion.

“You’re in the colosseum,” Southgate said on the eve of the 16th European Championship final, rather evocatively. “It’s the thumbs up or the thumbs down… you’ve got to have that resilience.”

The England manager has frequently spoken to his players about the unexpected paths that matches of this magnitude can take, how they can develop a unique flow. The idea is to prepare them for anything.

The truth is that England haven’t experienced anything like this since 1966. It is by far the biggest game in 55 years, even if that passage of time has made it a very different game. Southgate didn’t have to tell his players – as Sir Alf Ramsey did – to only have two pints on securing their place in a final. 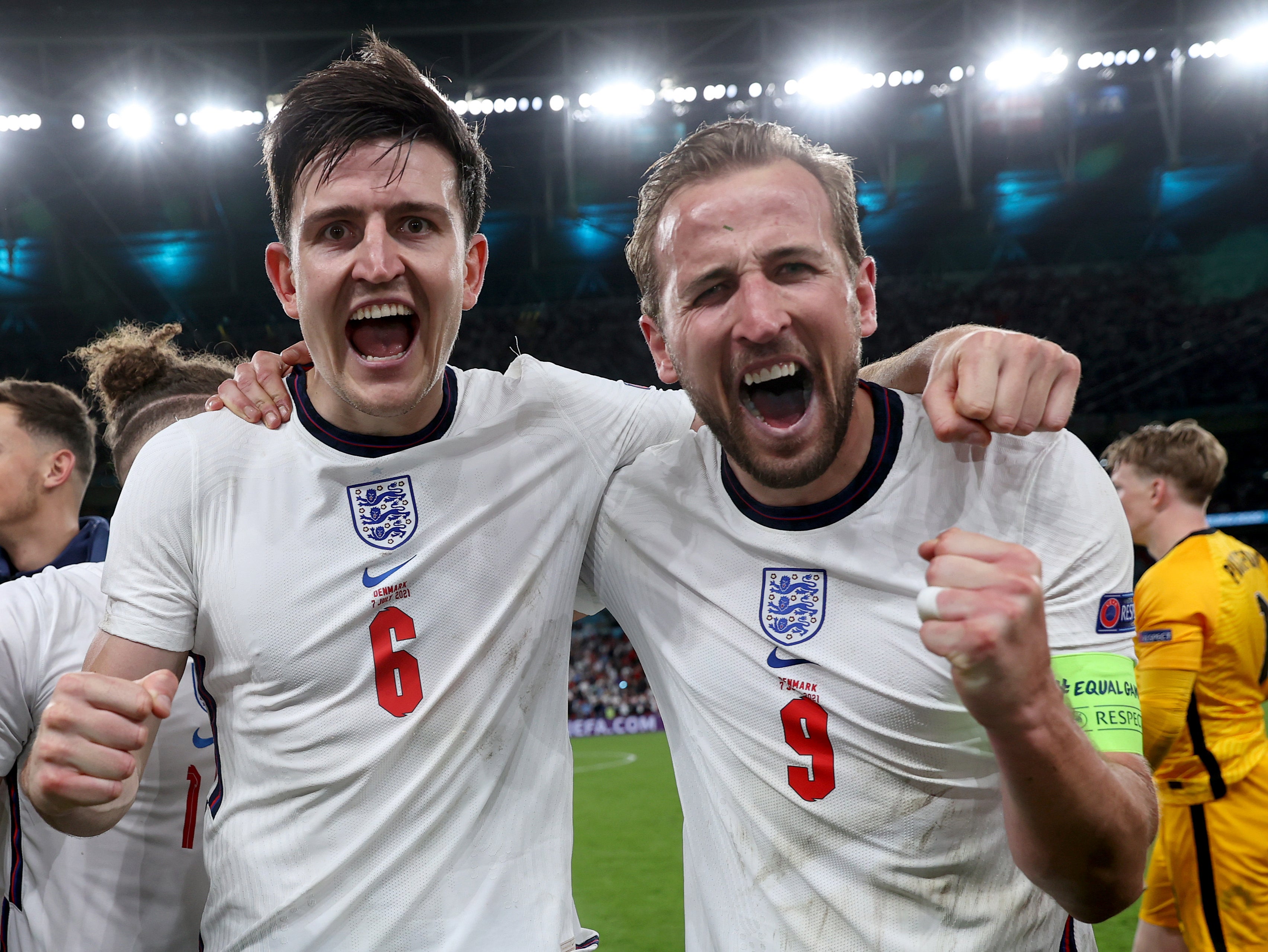 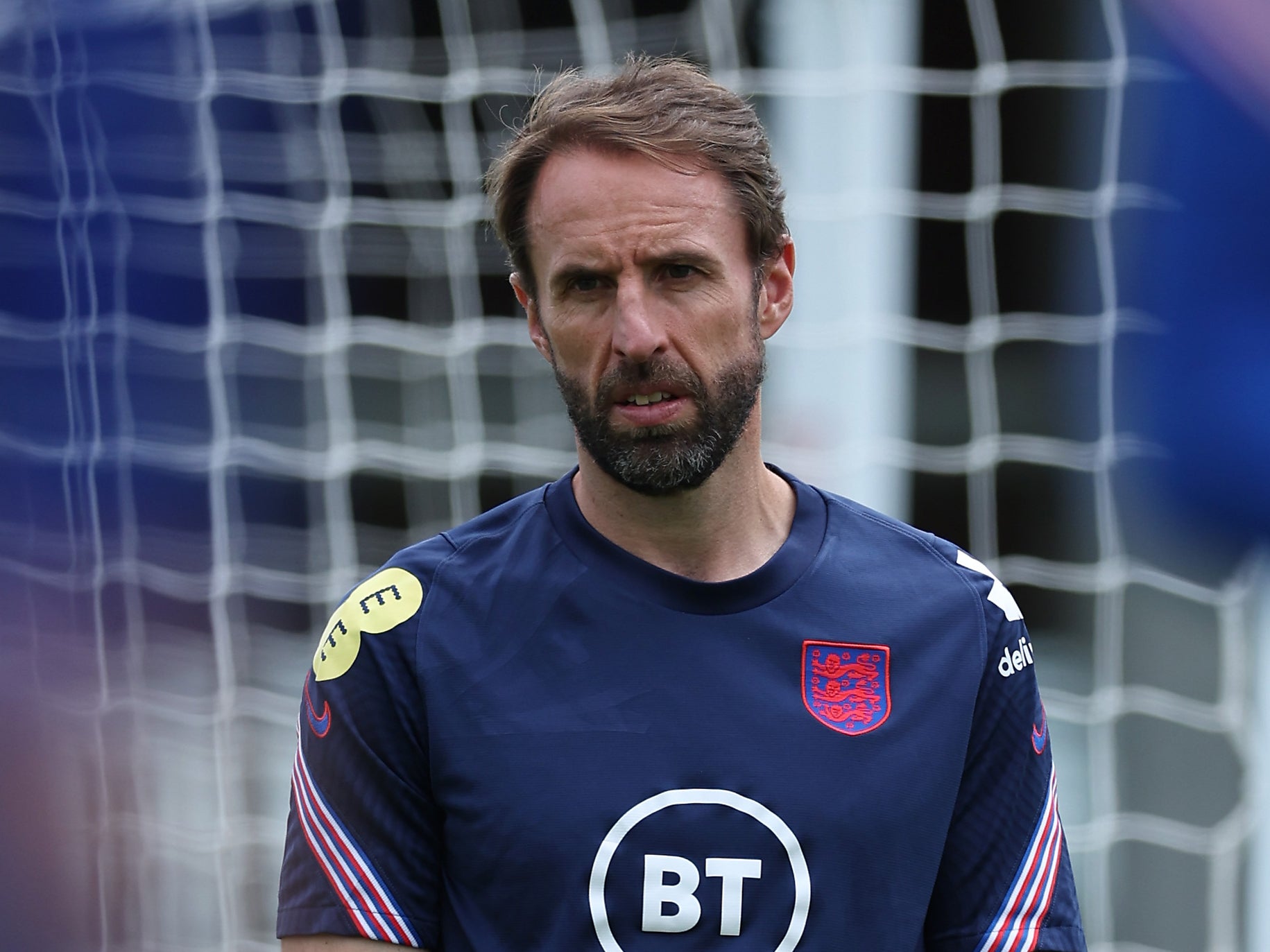 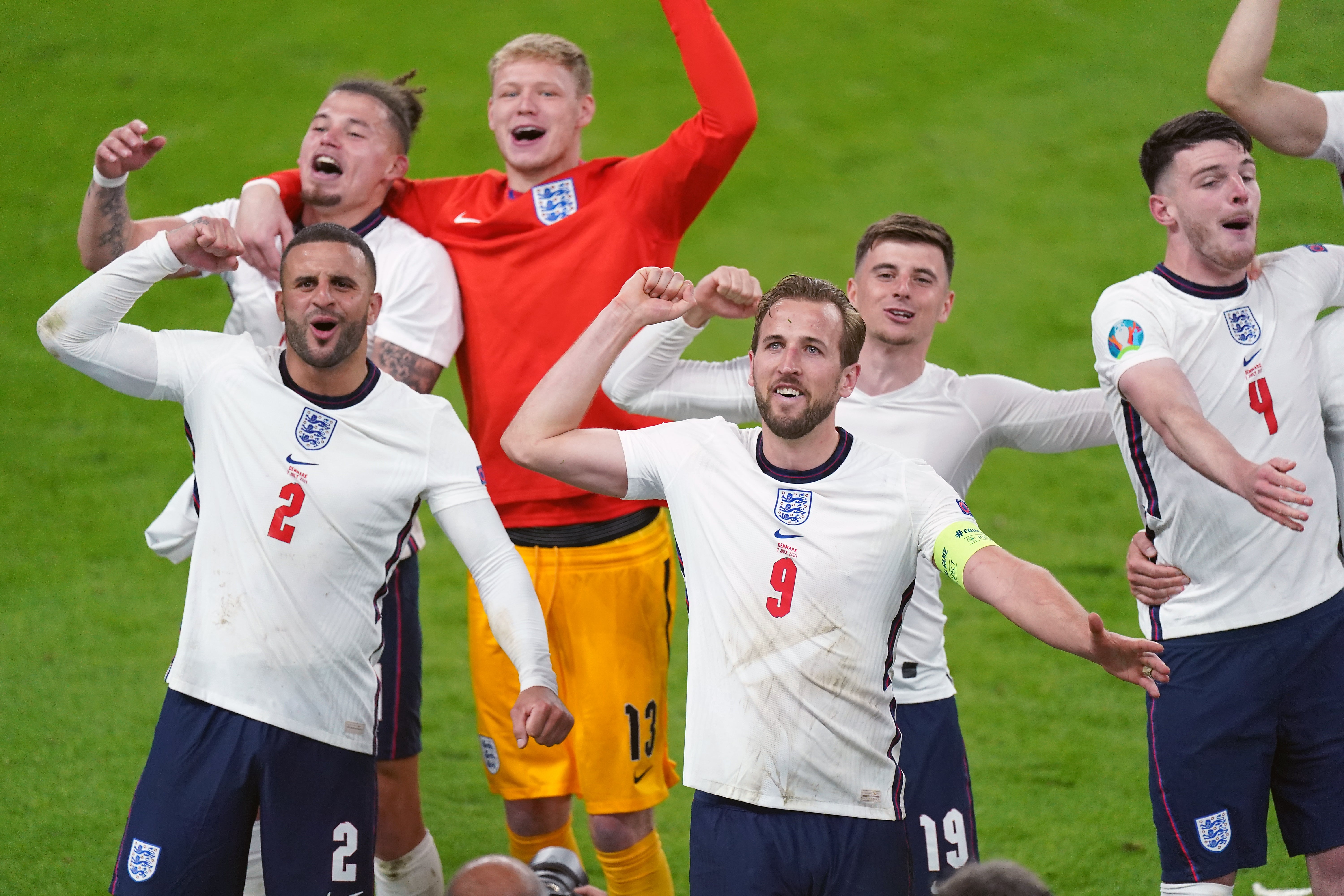 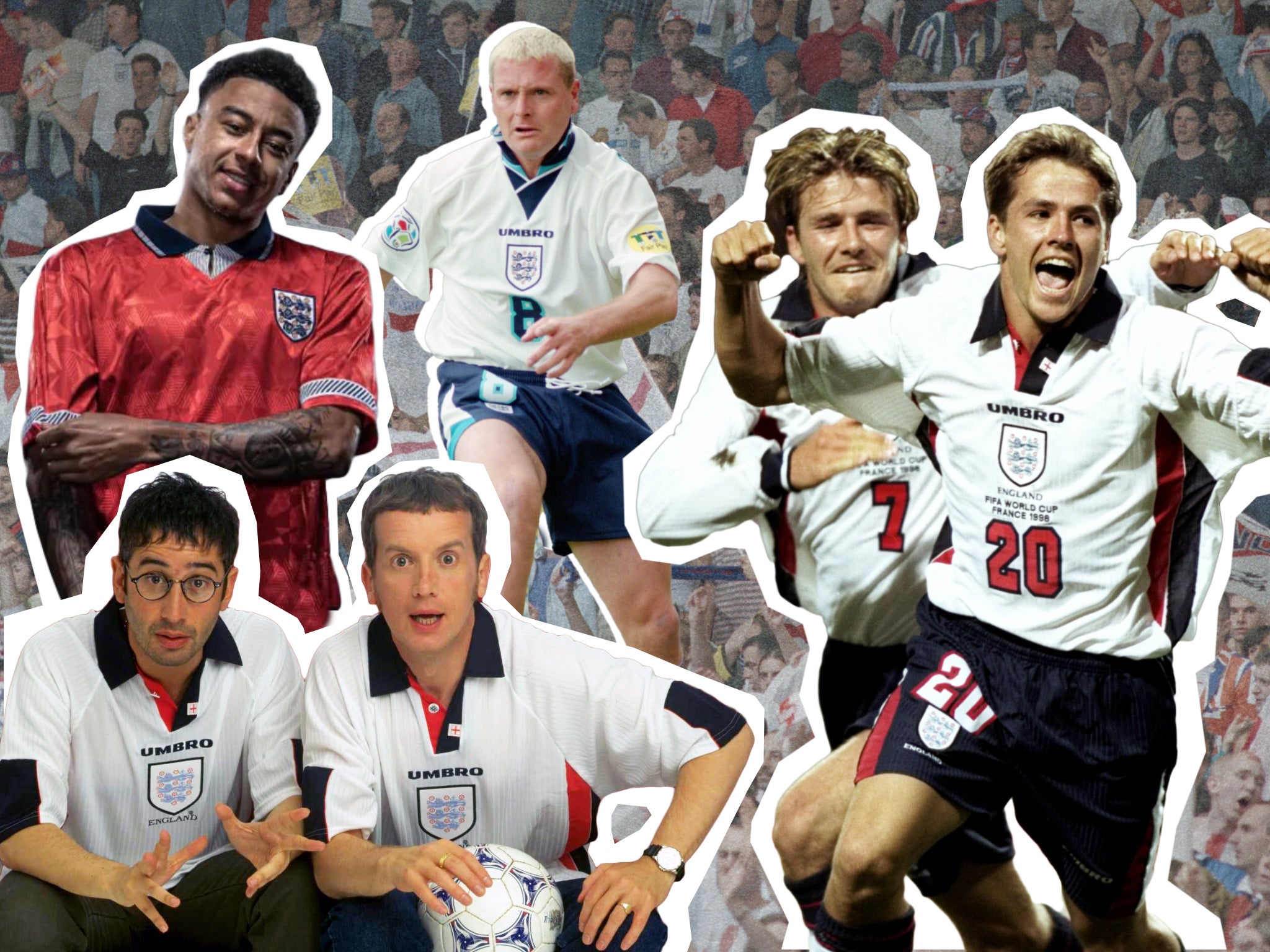 The emotion of such games nevertheless remains eternal. Many of the England players will doubtless feel similar to Sir Bobby Charlton’s ahead of 1966.

“The tension notched up a little with each new hour,” he said. “I couldn’t shake off an edginess that I had rarely known before.”

Italy won’t quite feel the same weight in terms of the rarefied air of the occasion. Southgate made a point of talking about their “phenomenal” historic record of 10 major finals, with this their fourth in the European Championship. Italy have been to so many they can afford to forget some of them, not least the last, that 4-0 defeat to Spain in Kyiv in 2012.

Both countries have generally underachieved in this competition. Italy have won just one in 1968, England have never previously got past the semi-final. 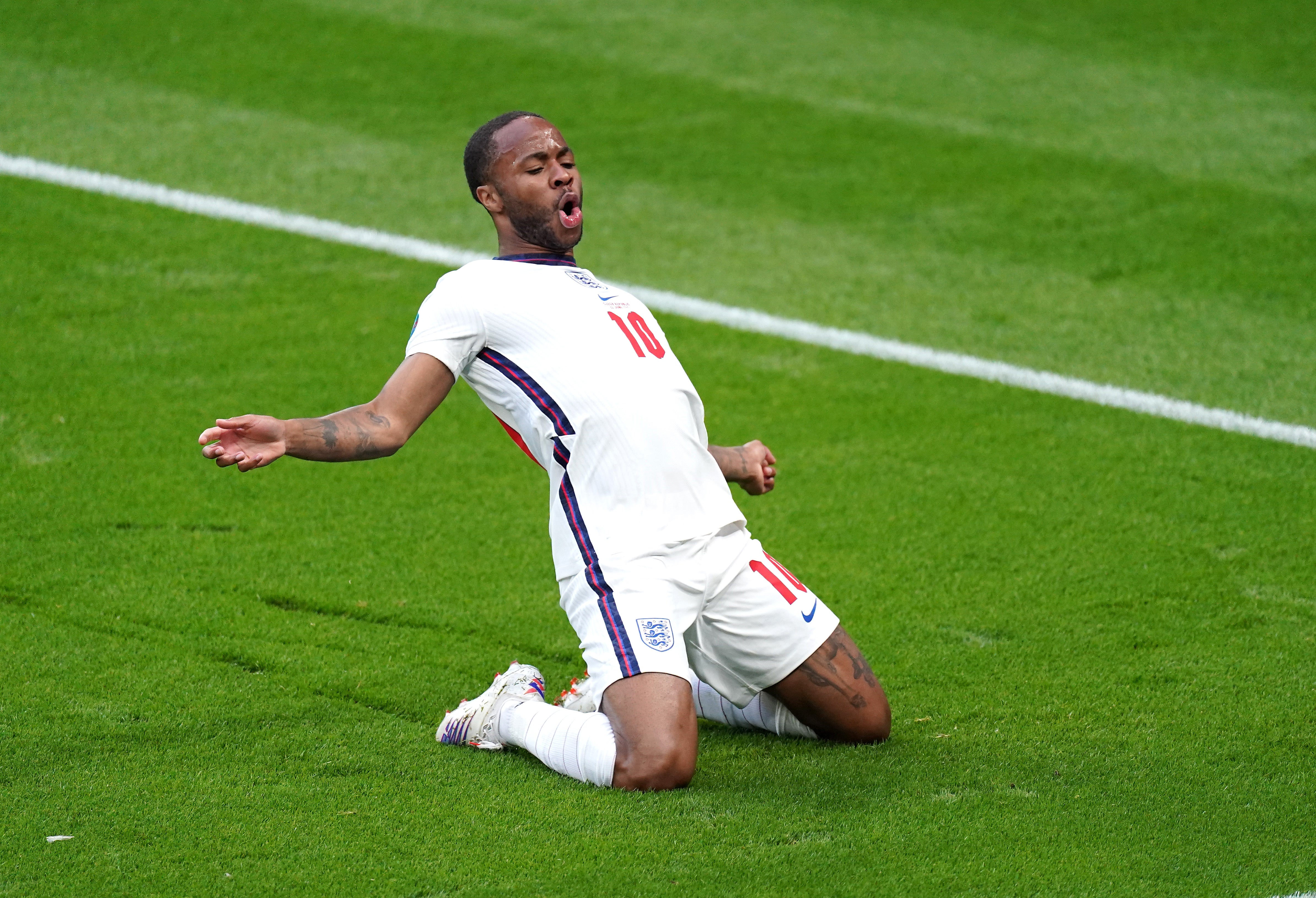 Raheem Sterling has been crucial for England

Such underperformance plays into another parallel between the teams. They are both from football cultures who were for a long time among the most traditionalist and insular in the game, but have recently gone through revolutions as a result, to start leading the way. That is why they have got this far. That is why this feels a particularly rich final, amplified by the very statuses of the sides. It is the team of the tournaments against the final hosts, with both having taken different paths to get here. The similarities in cultural revolutions have led to contrasts in application, pointing to a final fissure within Euro 2020.

While Italy have mostly played the more expansive game that has defined this exhilaratingly attacking tournament, England have played in the restrained way that has won both of the last major trophies.

It isn’t quite as simple to point to that trend or home advantage, though, especially since this tournament has a recent history of the hosts losing the final. It happened to Portugal 2004 and France 2016.

There’s also the fact that England opened out against Denmark – subjecting them to wave after wave of attack – just as Italy closed out in classical style against Spain. Some of the latter might have been down to the context of the games, but it backs Southgate’s assertion that this is a “50-50 game”. You maybe couldn’t get a closer game, given the many sub-plots and details.

It also ensures this is probably a straighter duel between the coaches than any previous contest, at least for England.

Part of this tournament’s story has been Southgate’s Euro 96 redemption and how he has earned trust in all of his big decisions, but this is maybe his biggest challenge. The final may come down to whether the England manager can out-think Mancini.

“We can win it, but we’ve got to get it spot on to win it,” Southgate said.

Mancini has a lot to consider himself, in what has been a redemption tale of his own. Wembley has a special lore for Italian football, but was also the site of one of the most painful defeats of Mancini’s career. It was here where he and assistant Gianluca Vialli lost the 1992 Champions League final to Johan Cruyff’s Barcelona with Sampdoria. 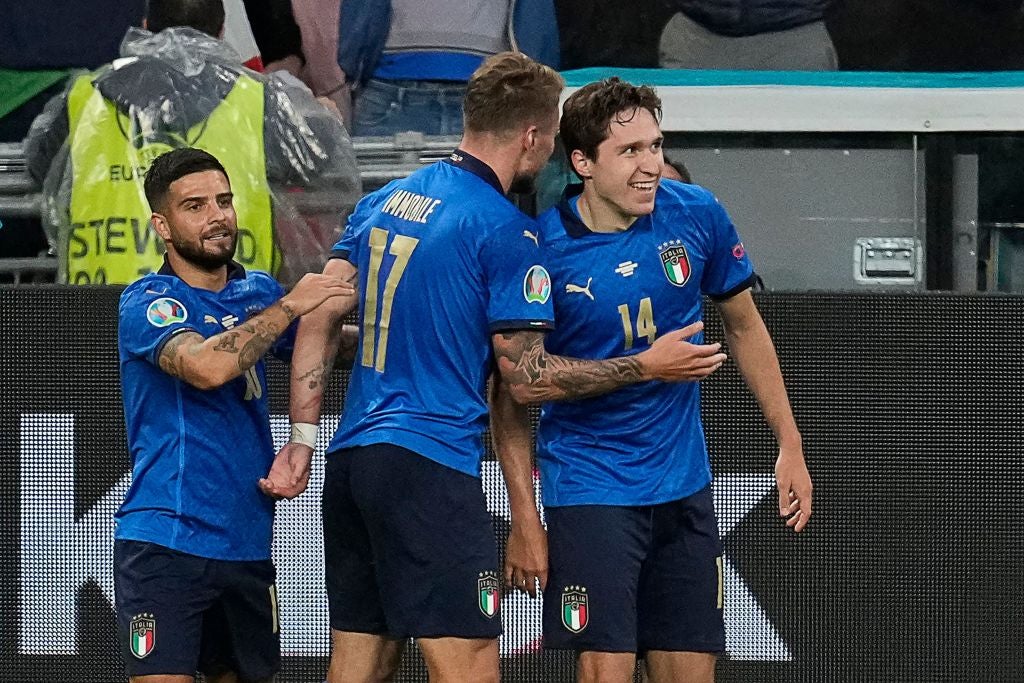 Federico Chiesa has been a star at Euro 2020

Mancini has made a lot out of their two victories at the ground already, with that only firing Italy’s own sense of destiny. The fact France and Germany – as the two countries Italy have the greatest complexes about – also went on successive days only added to that. Mancini’s squad hadn’t put too much focus on England up to now, although all of them watched the semi-final against Denmark in awe, amazed by the raucous atmosphere.

Most of the England squad, as Kalvin Phillips revealed, have already downloaded ‘Sweet Caroline’. It is being sung all around their base.

Mancini’s analysis staff have echoed the sentiments of many in this tournament, and felt England have played within themselves.

There is great respect for that rather than criticism, though, because that is precisely how Italy have won so many international tournaments.

That is also how they got to the final, having defied Spain’s siege with some vintage Italian defending. Giorgio Chiellini and Leo Bonucci, as the last remaining members of the Euro 2012 team, persevere. This can be their own redemption.

One big question is whether Mancini leans on that del as readily. That depends on how much of the semi-final approach was his own decision.

There is the possibility of fatigue. There was the crucial absence of Leonardo Spinazzola, so cruelly denied the climax of a tournament he has invigorated.

There was also the way Spain just took the ball off them, forcing them to play a certain way.

England won’t do that. Midfield, in fact, is one area where Southgate’s side are definitively inferior. It is where the England manager has his biggest decision, even if he didn’t quite put it like that.

“We’ve got a different profile of midfield player to theirs,” Southgate said. “They’ve got two exceptional footballers, two of the best in the world in Jorginho and [Marco] Verratti. But we’re different, and we don’t have a player of that profile. We’ve got to make sure that we’re set up in a way that we maximise our strengths and to take the sting out of theirs really.” 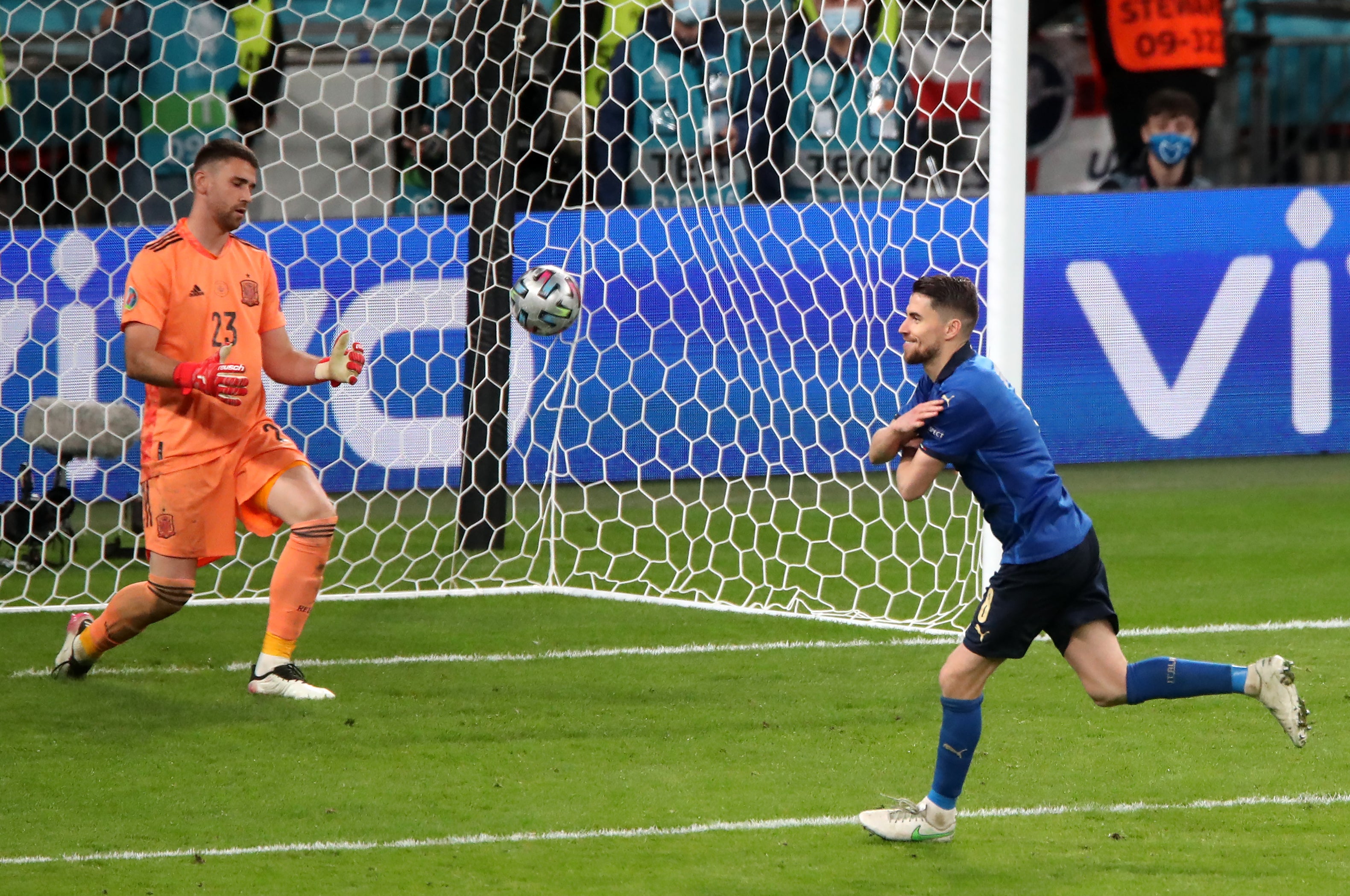 That sets up one of the most difficult managerial decisions of a final, which is picking your team. Southgate doesn’t have anything like Ramsey’s famous dilemma with Jimmy Greaves, since he is allowed use five subs, rather than none. There is still that distinction that goes with starting a showpiece, though, that also gives any player a lasting place in history.

Figures close to the England camp say the biggest decision may revolve around Jordan Henderson. He is close to full fitness after a series of substitute appearances – as well as a first international goal – and his experience will be invaluable against a midfield of that quality. He has also played against Verratti in the Champions League, something that neither Rice nor Kalvin Phillips can say. Whether Henderson potentially displaces one of them or plays alongside them is one of the key questions.

This tournament has seen Southgate demolish the idea of a fixed ‘best XI’ and part of the intrigue has been trying to predict his team, but he does have tells. If he plays a back four, it means he is more confident in England taking the game to the opposition, and feels they are superior. If he plays a back three, it indicates caution.

Given the way his campaign has gone, and the success of a three against Germany, it’s difficult not to think that’s what Southgate will go with. That might involve Henderson replacing one of Rice or Phillips if he comes in.

It could also create a stand-off if Italy decide to go more defensive. 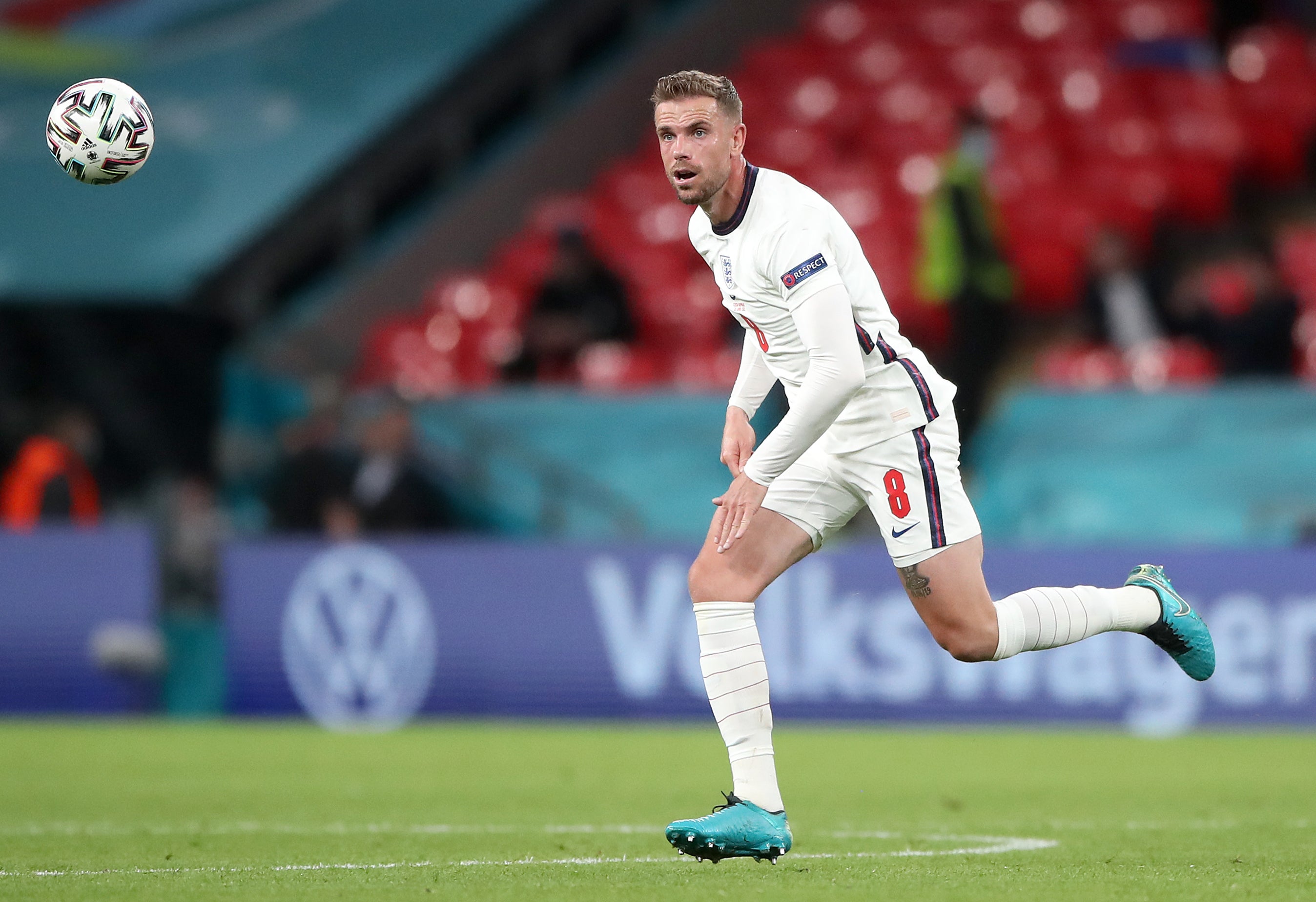 Jordan Henderson is in contention to start the final

That was the expectation for the game against Denmark, though, and we ended up watching a game that went back and forth until the Danes could run no more.

It would fit the tournament – and provide it with a fitting final – if both teams went for it. It would also fit the teams. Most of their star players have been attackers. Raheem Sterling and Federico Chiesa are vying for player of the tournament. Harry Kane is vying for top scorer.

“We’ve got to this point and believe in ourselves,” Phillips says. “Every game we go into we’ve been confident, every game we’ve gone into we don’t think we’re going to lose.”

The medal they want is within their grasp.

The very feel of the tournament means this isn’t a game to be locked down or secured. It is one, as both Southgate and Mancini have said, “to be seized”.