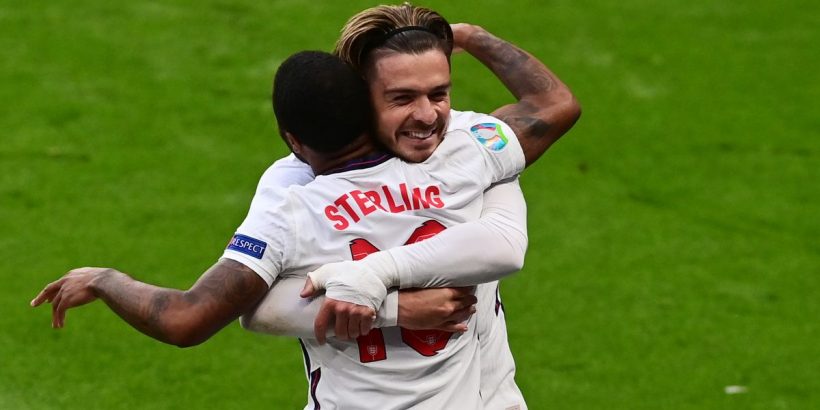 England fans have called for Jack Grealish to 'start every game' after providing a brilliant assist for Raheem Sterling.

The Aston Villa midfielder is starting for the first time at Euro 2020 in the last group-stage clash against the Czech Republic.

It comes as Gareth Southgate faced calls from pundits for the 25-year-old to be included after a disappointing 0-0 draw against Scotland.

And Grealish only needed 11 minutes to justify his inclusion in the starting XI after providing the key pass for Sterling.

Following a counter-attack started by Bukayo Saka, captain Harry Kane passed the ball into the midfielder's path on the left wing.

Pushing it to the goal line, he loops the cross in which beats the keeper as the Manchester City forward drives it home with a header.

As Wembley went wild, fans on Twitter immediately called for the Villa man to be a regular starter for the Three Lions.

"Criminal how this is the first time Grealish has started, by far our best player," one supporter said.

Another commented: "That's why you start Grealish!"

Do you think Jack Grealish should start every England game? Let us know in the comments section.

"That’s why Grealish has to start every game. He makes things happen," he said.

And a fourth added: "The Grealish effect, he needs to start more often!"

A fifth suggested the midfielder could change England's fortunes, with: "Start Grealish every match and he'll bring you the results – that's what he is capable of. Top top player."

Another added: "Southgate, look what happens when you start Grealish."

While an eighth suggested who the midfielder should replace, with: "We’ve all agreed that Grealish is a better player than Mason Mount right?"

And a final supporter simply wrote: "You start Grealish, you get end product, simple maths."