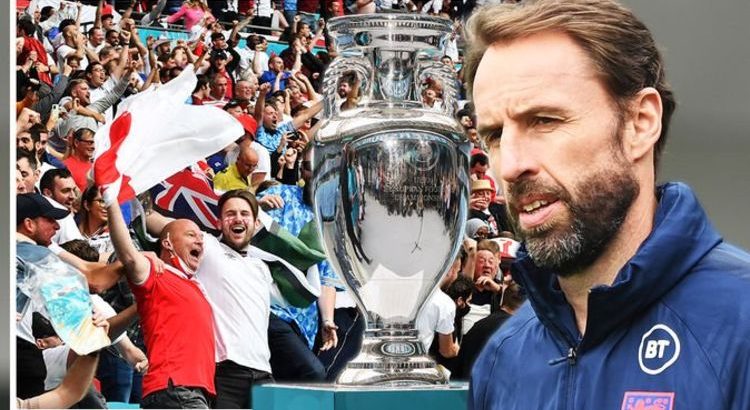 Gareth Southgate insists he is not afraid of exciting the fans – although he admits England will miss them on Saturday. Even half-full, the atmosphere at Wembley was intense during Tuesday’s 2-0 round of 16 win over Germany.

But rather than shrink away from expectation, Southgate expects his players to put on a show whenever they appear under the giant arch – and has urged England fans to dare to dream of Euro 2020 glory after booking their spot in the quarter-finals.

“I said at the start of this tournament that we have got to accept the expectation and have to be able to handle that,” Southgate said.

“But also we want the fans to be excited. Four years ago, we wanted this team to become relevant again and we are making steps towards that being the case.

“We want to give people nights like the other night. We are chuffed that they enjoyed their afternoon whether they were here or at home and absolutely we have to make sure our focus is 100 per cent.

“In fairness to the players, they were straight onto that and they understood that, even as I was on the pitch at the end and back in the dressing room.”

A tired but resilient Ukraine side lie in wait in Rome, with the expectation of an England victory unrealistically high. 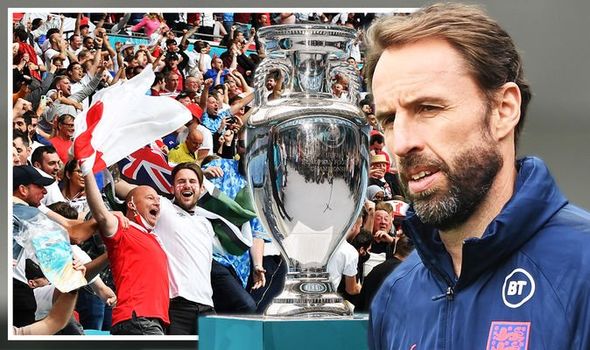 “We have got a lot of challenges that are so different to the Germany game to get right,” Southgate said.

“It is a dangerous moment because the emotion – physically and psychologically – the energy from the stadium is going to be hard to recreate so we have a completely different sort of challenge now over the next few days.

“We won’t have the thousands of fans on Saturday. We are going to have to do it without that and against a difficult opponent which will be viewed differently by our public, but not by us.”

Southgate remembers precisely the moment Raheem Sterling really jump-started his England career. The Manchester City winger came into this tournament never having scored a goal in a major finals.

But his recent run of international form started long before the opening game of the Euros against the Czech Republic. October 15, 2018, to be precise… in Seville.

After a disappointing World Cup personally, Sterling had racked up 45 international and scored only two international goals – despite hitting the net regularly in the Premier League with Manchester City. 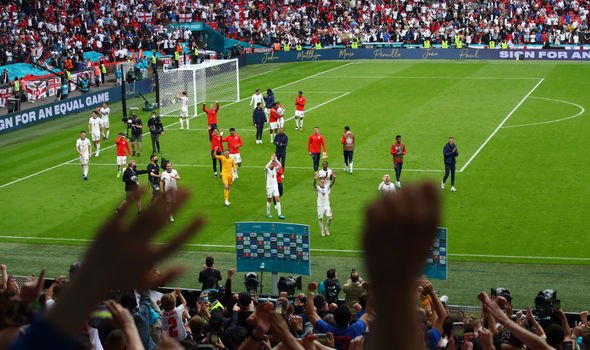 Then in the ancient Spanish river port, his England career finally took off.

“He was probably only one of the players to come back from the World Cup with a different feeling,” Southgate recalls. “I talked to him at length about that.

“Then I think Seville was a really lift-off moment for him. You could almost see it. He almost jumped into the second tier of the stadium if you look at the celebration that night of his goal.”

Sterling had burst clear of the Spain defence and confidently buried his finish in the top corner. The highlights reels still on YouTube cut to Southgate giving him a big thumbs-up and pointing to the sky, but still photos show Sterling several feet off the ground, punching the air.

It was the start of a run of 20 internationals – all of the competitive, incidentally – in which he would score 15 goals.

That run presently culminates in the opener against Germany which set England on their way to Saturday’s quarter-final in Rome.

There was still that lack of tournament finals reward hanging over him this summer, though, and many calls to drop him from the side in favour of the younger talent coming through.

Sterling answered a large slice of those critics by scoring the only goal against Croatia in England’s opening group game.

“I really feel this was another significant moment for him, Southgate added. “Of course, he had been scoring for his club but had not been able to translate that across.

“Now I think he feels happy in our environment, feels he can be himself, knows the respect we have for him and yes, his performance in every game this tournament, he has been a huge threat for every opponent.”

Southgate claims no credit for the transition, though. That, the England manager puts solely down to the mental strength of the 26-year-old himself. 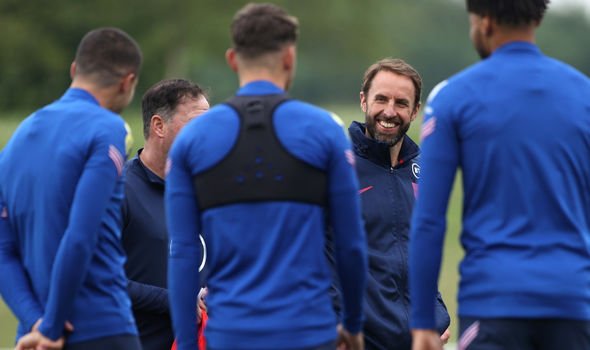 “Raheem is a fighter,” he says simply. “He has got an incredible resilience and hunger.

“He has developed over the last couple of years this real hunger to score even in the games where the opportunities are rare.

“Where the ball has flashed the across the box earlier in the tournament, he has been in between the posts. He is finding himself in these areas and yes, his drive is fantastic.”

It has been one helluva way to answer those critics. “We know the journey he has been on with England and I am so happy for him to be able to deliver the performances he has,” Southgate said.

“To deliver them at Wembley will have been really special for him and as you said, the goals return is incredible.

“Absolutely incredible, really. But, yes, please keep asking the questions because if we cannot motivate him everyone else will certainly be able to.”