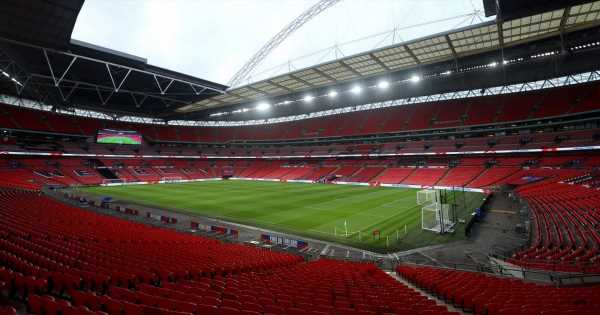 England players had not been seen warming up at Wembley with just 30 minutes until kick-off against Albania.

With kick off scheduled for 7.45pm, ITV host Mark Pougatch reported that the Three Lions had not been seen with half an hour to go.

Pougatch reported both England and Albania arrived at Wembley later than planned, suggesting travel issues on the North Circular.

England have a slim chance of qualifying for the World Cup on Friday night, though would require Poland to drop points against Andorra. And the players finally made their way to the pitch as kick-off fast approached.
England are trying to reach Qatar having made it to the final of Euro 2020 this summer.

Captain Kane said: "It was tough in terms of the loss, losing a European final for your country at Wembley, that will stay with me for the rest of my career.

"You never get over those things unless hopefully we go and win something.

"All of a sudden you're back playing in the Premier League in a few weeks. You never have a chance to take it all in and learn from it – it becomes a bit of a whirlwind."