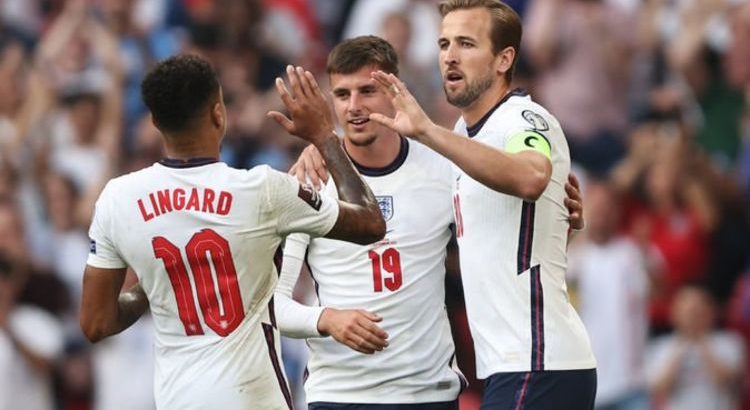 England beat Andorra 4-0 at Wembley to continue their 100 per cent win record in the World Cup qualifiers thanks to a Jesse Lingard brace, Harry Kane penalty and Bukayo Saka header. Express Sport reporter Matthew Dunn delivers his verdict on how the Three Lions players performed.

Could not have asked for an easier way to win his second England cap. Will not have broken sweat.

Cracking shot against bar from midfield but for some reason he really struggles to be an England right back.

Totally dependable figure at the back, allowing England the possession levels they should have done better with.

Always a dependable figure on either flank but set pieces and attacking ambitions a little bit short.

With is attitude, determination and invention he showed he will be a very promising player for England soon.

Must have felt like somebody’s dad at a school party. Helped marshall the young England players well enough.

Really struggled to make any sort of impression in midfield and only improved once switched to right back.

Two goals were a sign of a player who knows how to take an opportunity when presented with one.

Blazed his one chance over the bar and looked hopelessly out of his depth. Against Andorra.

Buzzed dangerously around the Andorra defence to the delight of the Wembley crowd and deserved his goal.