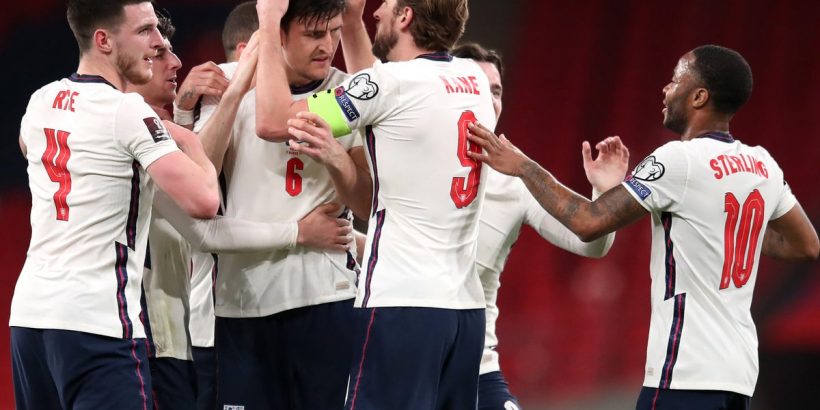 In the end, the protests about Qatar weren’t quite the hot topic in the England squad that they were around the rest of Europe. Gareth Southgate’s “leadership group” did talk about the issue in the last week, but decided against any gesture for the time being. They will instead stage another discussion in September.

It is a pity, especially when time is becoming an issue here. The football world doesn’t have that long left to use the immense leverage of a World Cup in order to affect genuine change in Qatar.

That is why players have so much power in this, and very little to lose.

Any criticisms of the protests by Norway, Netherlands and Germany are entirely misplaced, and often just mistaken. They are also worth addressing, in order to dissemble.

Many have taken the usual form – particularly those involving whataboutery and accusations of hypocrisy. There is first of all the criticism of the timing, given it is now less than two years until the tournament, but over a decade since it was awarded.

That is inevitable, and entirely forgivable. For many people – let alone players – the Qatar World Cup has long been some vague vision on the horizon. The start of qualification, however, makes it real. It also makes the impact real. Players are now specifically playing games for this World Cup. That is even more loaded than it sounds. Since this tournament is as basic an example of “sportswashing” as you could have, it means the country is using the games – and, by extension, the players – for that process. It suddenly puts them central to it all.

That might be unfair, given the vast majority just want to get on with playing wherever – but it is the truth of the situation. That is the insidiousness of sportswashing.

It is putting players in these awkward positions, and some questionable places.

For the minority that have protested as a consequence of that, there has been whataboutery about their countries, as well as those accusations of hypocrisy.

Much has been made about how Erling Haaland used Qarati facilities as recently as December.

This, however, is precisely one of the points of building such an impressively expensive sporting infrastructure. It sets the ground. Just like a World Cup, it normalises relationships with Qatar, or countries with similarly problematic human rights records like the United Arab Emirates, or China. It makes any criticism more difficult precisely because the game – like the world of international diplomacy – is so entangled in these networks.

Given Qatar also own Paris Saint-Germain, this week raised the prospect of one of the club’s players protesting the country.

Imagine if Julian Draxler had been in the German squad, or Haaland ends up signing for the French champions?

What would a club sponsored by Qatari Airways think?

The truth is that it’s virtually impossible to be involved in the sport and not be touched by some political complication.

This is why complaints about hypocrisy are utterly bogus. They would mean nothing ever gets addressed.

Such arguments simply shouldn’t be taken seriously as a response to players waking up to these issues, and using their power.

Because, for the avoidance of doubt, it is known the Qatari World Cup authorities are watching this avidly. They are highly alert to any developments.

Players raising these issues is thereby a nightmare. It is the last thing they want. Sure, the messages on the t-shirts may have been relatively vague – but the point was there.

It’s also for that reason, say, that an Irish protest ahead of their friendly against Qatar would have such a genuine impact. It would have been beamed directly into the host country, making it unavoidable.

Comment: Sportswashing is not new – but has never been more insidious

“They’re petrified of a big star really getting involved,” one source from a human rights body says. “There is a chance for a player here to have the impact that Marcus Rashford did with school meals.”

Mention of the Manchester United player isn’t to put more pressure on him to solve another of the world’s problems. It is merely to illustrate how much power the players have. They can leverage this.

It is why human rights groups such as Amnesty aren’t calling for a boycott, but aresaying they would be “extremely pleased” if England players did protest.

There are problems that can still be addressed. Considerable changes can be made for the situation of migrant workers in Qatar.

It might be unfair to expect this of players. It is also the brutal reality of the situation.

Qatar will use the players for sportswashing. They can use their power in response.

It means this discussion is likely going to get more intense in September. The wonder is whether it will be the same in the England dressing room.