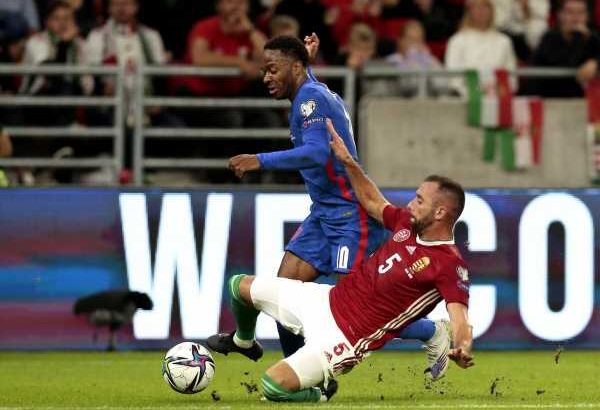 England will aim to build upon Thursday’s straightforward 4-0 win over Hungary when they face Andorra at Wembley Stadium.

Gareth Southgate’s side have four wins from four matches in their World Cup qualifying campaign, and the visit of Andorra is not likely to damage that record.

Andorra are the only nation England have not yet played in Group I, having dispatched Hungary, San Marino, Poland and Albania.

The last meeting between these two teams was over a decade ago in 2009, with England taking the spoils in a 6-0 home win. While the result looks set to be the same on Sunday, the manner of the victory might not be as resounding. In the 2020 Euro qualification format, Andorra avoided finishing bottom of their group for the first time in the nation’s history.

This weekend’s meeting is also notable for another reason, as Wembley is expected to welcome back a full house of fans for the first time since 2019. The England players will be hoping to give the near capacity crowd something to shout about.

Kick off is at 5pm BST on Sunday 5 September.

The match will be broadcast live on ITV, with match highlights available later in the evening.

What was the team news?

Dominic Calvert Lewin has been forced to withdraw from the England squad, as the Everton striker continues to recover from a broken toe sustained at the start of the Premier League season. Southgate had called the 24-year-old up for this week’s fixtures, but he will no longer be involved after assessment.

Marcus Rashford and Phil Foden have also been ruled out due to injury, while Ben White and Ben Chilwell lack match fitness after disrupted starts to their respective seasons.

The most notable omission from the squad is that of Mason Greenwood, who has made a superb start to the season with Manchester United. He misses out, while the likes of Trent Alexander-Arnold, Jesse Lingard and Nick Hope are all back in the England fold – and are ready for selection.