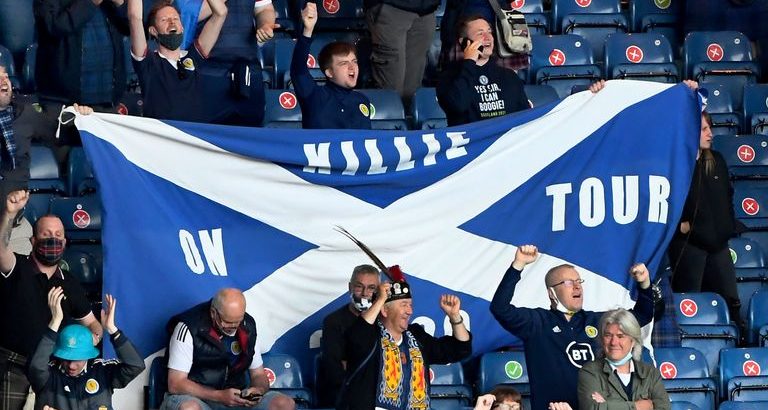 The two home nations are set to meet on Friday evening as they both contest their second Group D fixture, with the capacity at Wembley limited to 22,500 spectators due to coronavirus restrictions.

With traditional fan zones for tournaments also limited in capacity, along with pubs and bars, authorities are advising only fans with tickets to the match make the journey to London.

The Mayor of London, Sadiq Khan, said: “It is absolutely fantastic that Scotland are playing in their first international tournament for 23 years – and I cannot wait for Friday’s match. 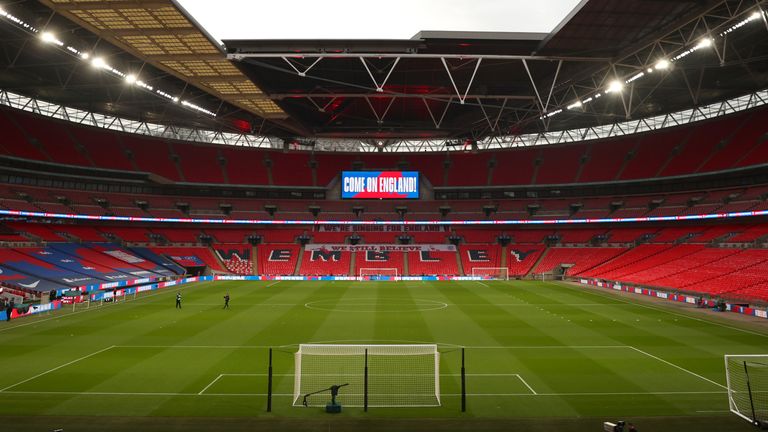 “Scottish fans are renowned around the world for bringing a party atmosphere with them to the big tournaments but with COVID restrictions still in place on both sides of the border, the best thing for fans without tickets to the game or a safe place to watch it is to enjoy the game from Scotland and not come to London.

“In an ideal world I would welcome the Tartan Army to London for this match with open arms – but with Covid cases increasing, and with so much at stake as we fight this awful virus, I’m afraid that it just cannot be this time, so the best thing to do is not to come to London and instead enjoy the game at home.”

Scottish culture minister Jenny Gilruth said: “I know for many of us EURO 2020 will be one of the highlights of the summer and an opportunity to support our national team. There will also be huge interest in the Scotland v England game at Wembley, but we must continue to be cautious – and I strongly urge fans to only travel if you have a ticket or a safe place to watch the match from.

“Although we have made great progress, we all still have an important part to play in making sure we keep the virus under control. So I urge all football fans to plan in advance how you are going to safely enjoy the tournament.” Sports minister Nigel Huddleston said: “There is a real sense of excitement building for Friday’s game between Scotland and England. It’s going to be a historic moment for both teams, the fans lucky enough to be at Wembley Stadium and fans watching across the country.

“But we continue to advise fans without tickets to enjoy the match close to home and not travel to London unless you have somewhere already finalised to watch the game safely.”

England go into the game in a strong position having won their opening match against Croatia 1-0, while Scotland are in desperate need of a result following a 2-0 loss to the Czech Republic.

Why Kane’s role is perfect for England

Two games into the World Cup in 2018, Harry Kane had scored five goals and picked up the man of the match award in both games. It transpired that he could have packed his bags and taken the next flight out of Russia and still won the Golden Boot as top scorer.

Three years on and England are celebrating their first-ever win in the opening game of a European Championships, after doing what they failed to do in Moscow by beating Croatia. But the acclaim is heading in the direction of everyone other than the England captain.

There can be no denying that Kane was quiet on Sunday. That is the view here and on the continent – La Gazzetta dello Sport claiming that he was not at his usual standard. One attempt and 26 touches – the fewest of any England starter – supports that argument. There was even a strange passage of play in the second half when Kane seemed set to shoot from the edge of the box only to go for an ambitious pass instead. In that moment, the striker sometimes styled as selfish seemed set on a very different role.

As Jamie Carragher puts it, Kane wants to be Teddy Sheringham not Alan Shearer. He has scored only twice in 10 England games.

Perhaps it is unfashionable to take the view that Gareth Southgate knows best, particularly in the frenzied atmosphere that surrounds a major tournament, when the scrutiny is at its height. But it might just be true to say that Kane understands his role in this team.

Clarke: Tierney has ‘a chance’ of facing England

Scotland boss Steve Clarke believes Kieran Tierney has “a chance” of facing England after coming through some light training on Tuesday.

The Arsenal defender joined his Scotland team-mates for training 24 hours after missing their Euro 2020 opener against the Czech Republic. 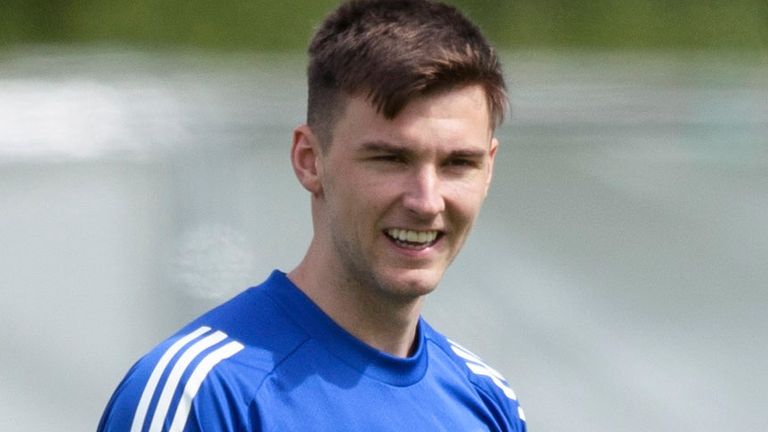 Tierney was filmed warming up alongside other players who did not start in the 2-0 defeat at Hampden Park.

Scotland head coach Steve Clarke revealed on Monday that Tierney had picked up a “little niggle” in training but was hopeful he would return for Friday’s second group game against England at Wembley.

Speaking on Tuesday afternoon, Clarke said: “He did a little bit of light training and we will just see how he progresses. He’s got a chance.”