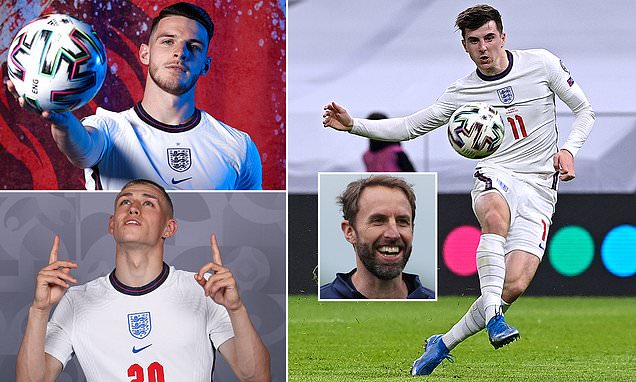 It is only five years since Iceland. Remember Iceland? It was the last time England played a European Championship game. A last-16 tie in Nice that England surely could not lose but did lose.

Roy Hodgson resigned immediately and the rest of Europe carried on without us as usual, laughing as we readied for another round of hand-wringing. Football going home. The English. When will they ever learn?

But the truth is we already knew back then what historically had been wrong with English football. We didn’t need a winning goal from Kolbeinn Sigthorsson sliding beneath Joe Hart’s weak left hand to tell us. 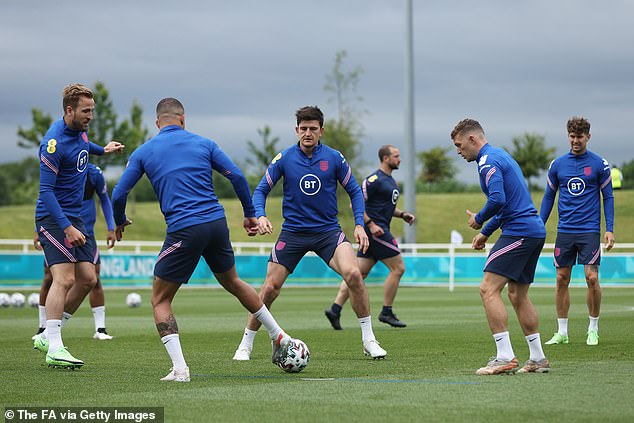 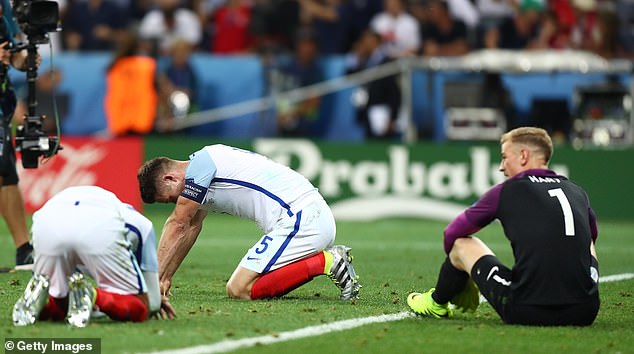 No, two dismal World Cups in 2014 and 2010 had informed us. English football — the way it was coached and the way it was played — had to change and deep below the surface, the fix had already begun.

The signs of a successful and ingrained shift for the better run right through the squad that Gareth Southgate has assembled for a Euro 2020 campaign that begins amid no little hope on Sunday against Croatia at Wembley.

But they were actually there just a little over a year after that 2016 debacle when England won the Under 17 World Cup in India. Phil Foden was in that precocious team as England overwhelmed Spain 5-2 in the final.

Not all of that group have trained on but that doesn’t matter. What did matter was the way England played in Kolkata. They played better football than Spain. They passed it better and had better ideas. They were cleverer. 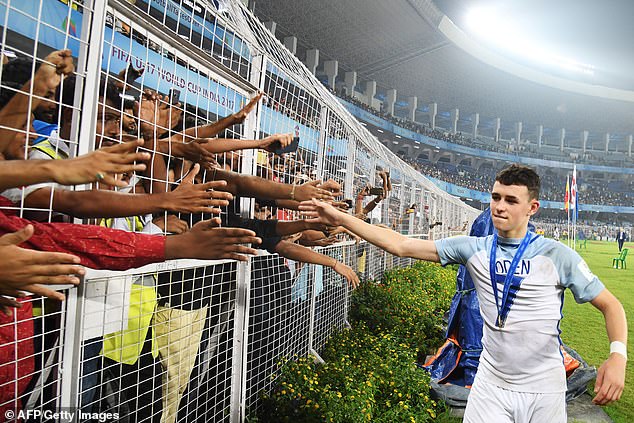 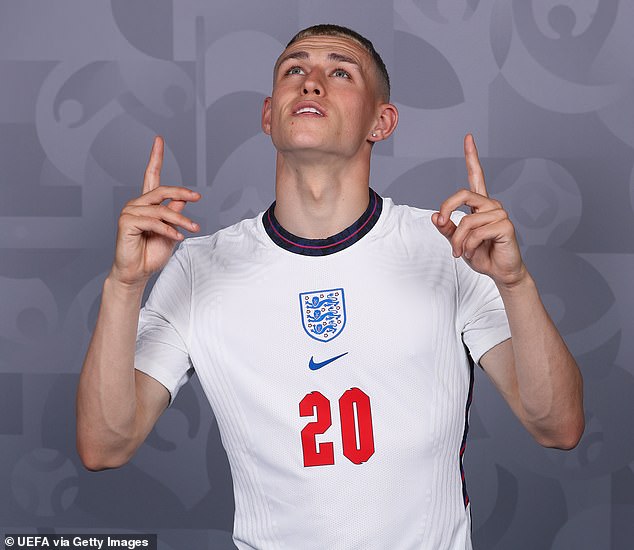 They did what Spanish sides at all levels had been doing to all-comers for more than a decade, and the foundation of that win had been laid by the painstaking and expensive restructuring and refocusing of the English academy system in the years before.

Which brings us back to here, to Euro 2020 and Southgate’s England.

This, at least in part, is a squad and a team that owes its very make-up to that fundamental change of direction. Foden, Mason Mount, Declan Rice, Kalvin Phillips, Ben Chilwell, Jadon Sancho, Jude Bellingham and Bukayo Saka. 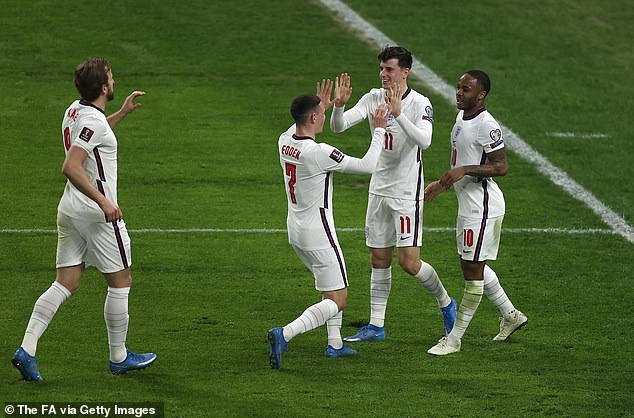 Foden is part of a youthful but talented England squad, including Mason Mount (second right) 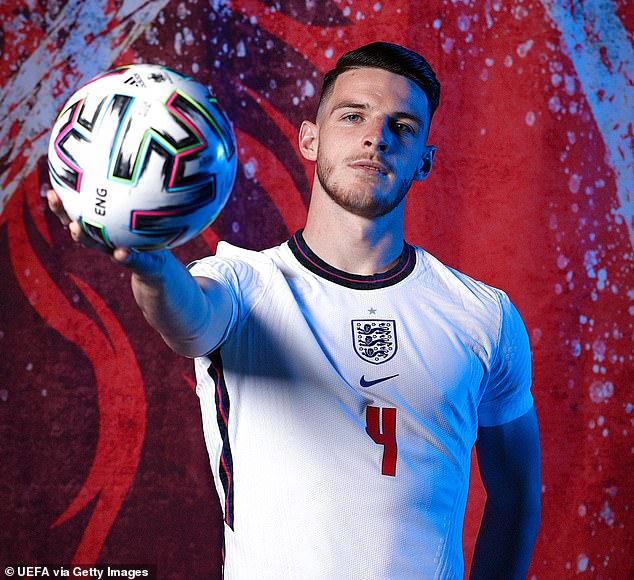 Look at the way goalkeeper Jordan Pickford can pass the ball. That is not a coincidence and these players make up the fresh, brave face of what English football will present to the rest of Europe this summer.

It is not a perfect England team. We all know where the holes are. It is not a team that looks likely to win this tournament. It should be allowed to travel through it in hope rather than expectation.

But it is a team designed and drilled to play football the way the best teams in Europe have been playing it for years. Southgate has players at his disposal who will want the ball, will want to keep the ball and will be comfortable that when they do use it, they will do so on their own terms.

There will always be a place for strength and power and speed in football. Those athletic qualities are fundamental. But in the English game they no longer exist in isolation. This England team will not rely solely on box-to-box runners and good engines. 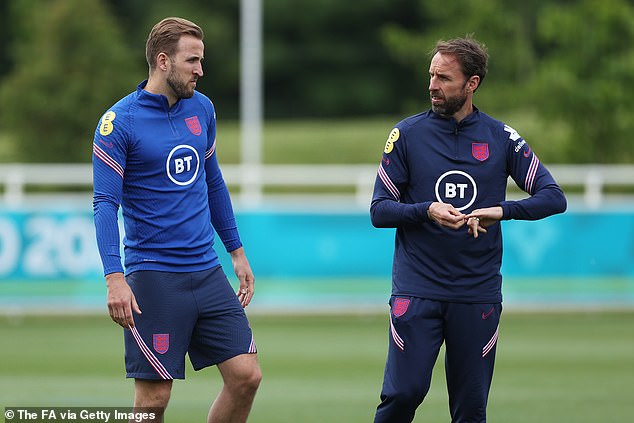 It is always hard to see a bigger picture on the eve of a tournament. That skewed focus only becomes narrower when you play at home.

This time, though, there is a wider view to be had and it involves the direction of travel of the English game. Southgate’s run to the semi-finals of the 2018 World Cup was wonderful.

A journey to the last four of the new Nations League followed. This now is the next litmus test of progress and yesterday Mount — a Champions League winner with Chelsea already — took a moment to look back.

‘From a very young age, it was very tactical at academy level,’ the 22-year-old said on an afternoon Zoom call. ‘The focus was not always on winning. I was never the biggest or strongest or quickest, but it didn’t matter. 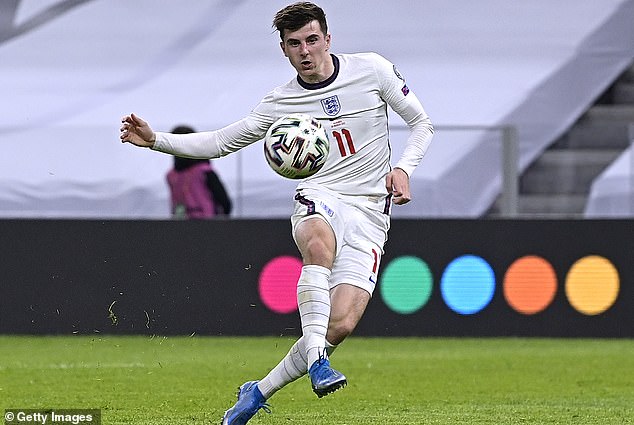 England also have Champions League winners in their side, including Chelsea’s Mount (above)

Success in international football comes in waves, no matter how well-tuned your root and branch systems. Germany, for example, were dreadful at the last World Cup. Italy were not even there.

England will continue to discover this but if our game regresses significantly from this point on in terms of style or culture, something will have gone very wrong indeed. 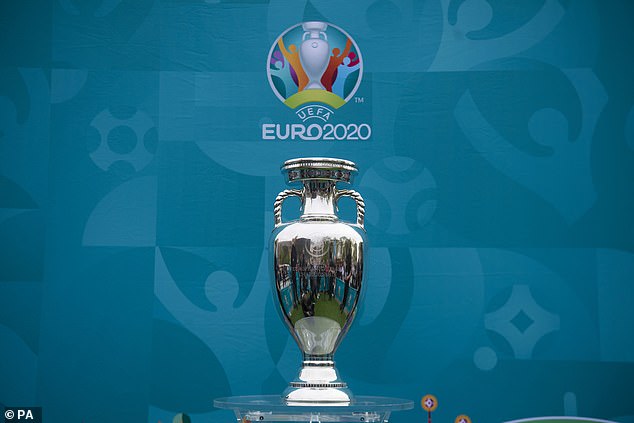 There is every reason to be hopeful ahead of Euro 2020. Southgate’s team has invention, cleverness and goals in it.

We know Sunday’s opening opposition well. Croatia’s players mocked us on their way out of the Luzhniki Stadium after that World Cup semi-final in Moscow. But they knew how hard that night had been: 2-1 after extra time.

They have been beaten by Southgate’s team since then and are unlikely to find it any easier on Sunday.

Whatever happens across 11 European venues over the coming four weeks, it will be a surprise if anybody laughs at England now. A corner has been turned.