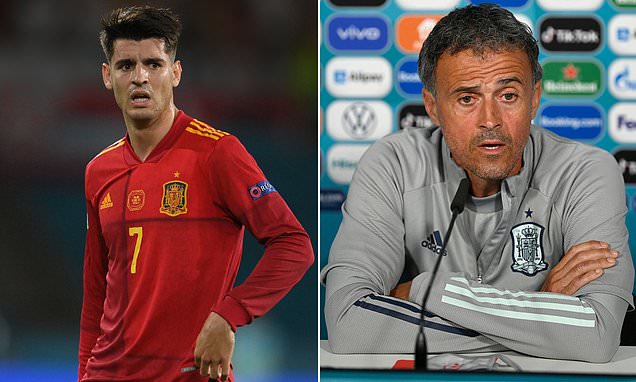 Spain coach Luis Enrique said the police should look into the abuse aimed at Alvaro Morata and his family during the European Championship, describing the treatment the striker had faced as ‘a serious crime’.

Morata has been booed by his side’s supporters before and during the tournament.

Last week he said people had threatened his family outside games and shouted ‘I hope your children die’ at him before Wednesday’s 5-0 win over Slovakia. 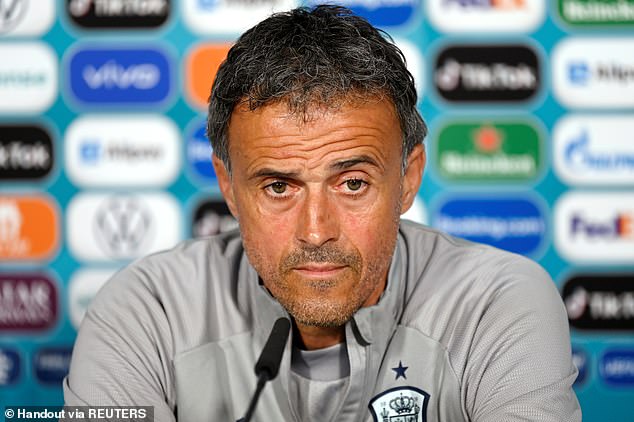 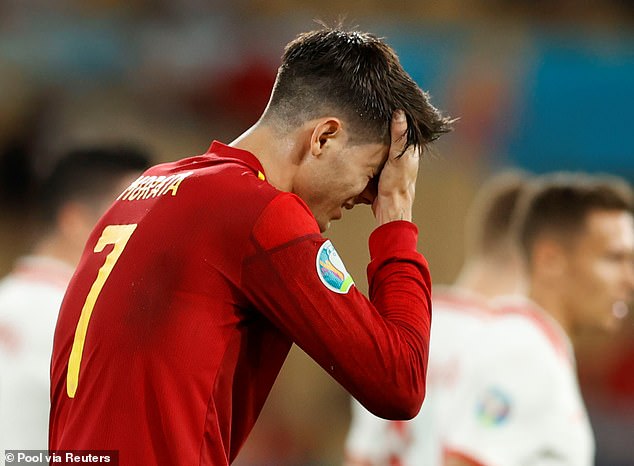 ‘It is so severe that it should be put in the hands of police,’ Luis Enrique told reporters ahead of Spain’s last-16 game against Croatia on Monday in Copenhagen.

‘Threatening anyone, but especially someone’s family and children, is a serious crime.’

Morata said his friends had been alerting him to the abuse he had been getting on social media, which led to him leaving his phone outside his room.

He also said he had a sleepless night after the Slovakia game, in which he missed a penalty.

Spain midfielder Koke agreed that action needed to be taken against the perpetrators.

‘As players we’re obviously exposed to all types of criticism, we accept that – but we can’t accept threats towards children and family,’ he said. 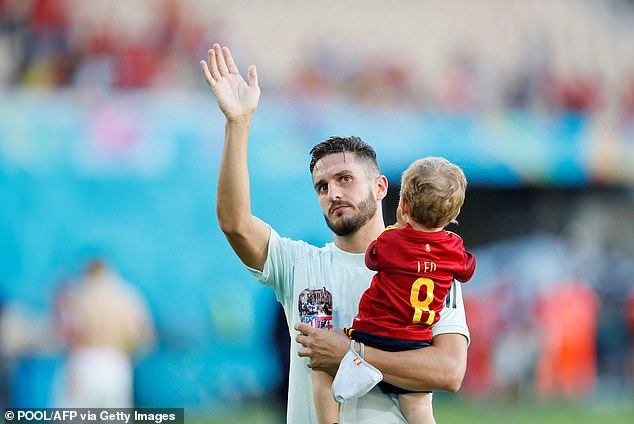 ‘Everyone is responsible for what they say and do and we have to denounce all acts of harassment… Involving children and family is crossing the line and should be denounced.’

After winning one of their three group matches in Seville, Spain can expect an improved surface at Copenhagen’s Parken Stadium and perhaps less pressure from their own supporters, who occasionally got on their backs – although Koke said he would have preferred to have kept playing in Seville.

Croatia will be playing without experienced forward Ivan Perisic, who will miss the game after testing positive for Covid-19, which Koke described as ‘a big loss (for Croatia) but not definitive’. 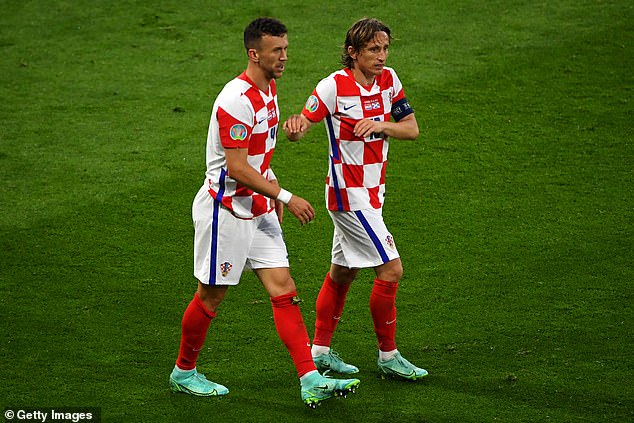 The Croatians will, however, be able to count on Luka Modric, one of the outstanding midfielders in Spain in the last decade and a frequent thorn in Atletico Madrid midfielder Koke’s side in duels against Modric’s Real Madrid.

‘Everyone knows Modric, he has done great things with Real Madrid, he’s won the Ballon d’Or and been decisive for Croatia. Croatia’s midfield is their main asset, and it’s going to be a great battle in the middle of the pitch,’ he added.

‘We’ll have to pay special attention to him and ensure they see the ball as little as possible – and we want to see a lot of it to create chances and score goals.’