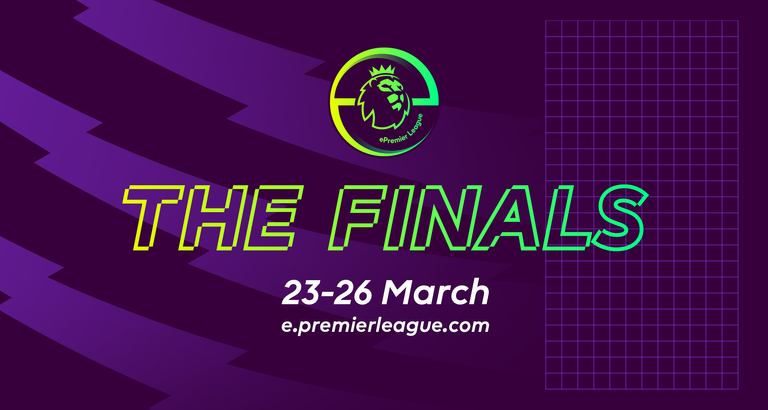 The ePremier League finals are back for 2020/21 – and you can watch all the action for free across Sky Sports digital platforms.

Each of the 20 Premier League clubs have whittled down FIFA 21 players hoping to represent them on PS4 and XBox One for this year’s tournament, and have held play-off rounds during the season to find one victorious victor for each console.

Now, from March 23 to 26, the ePremier League finals will determine the victor on both consoles – before they go head-to-head to crown the 2020/21 champion.

On Tuesday March 23, the first day of action will be streamed live for free from the Sky Sports Football YouTube page from 2pm-8pm on Tuesday and Wednesday, and 6pm-10pm on Friday.

Alternatively, you can follow and subscribe to the channel yourself to make sure you don’t miss any of the competition by clicking here.

How does it work?

The 40 qualifiers have been split between their two consoles, and then into four groups of five. The top two players from each group will be determined by an elimination process, as pictured below. 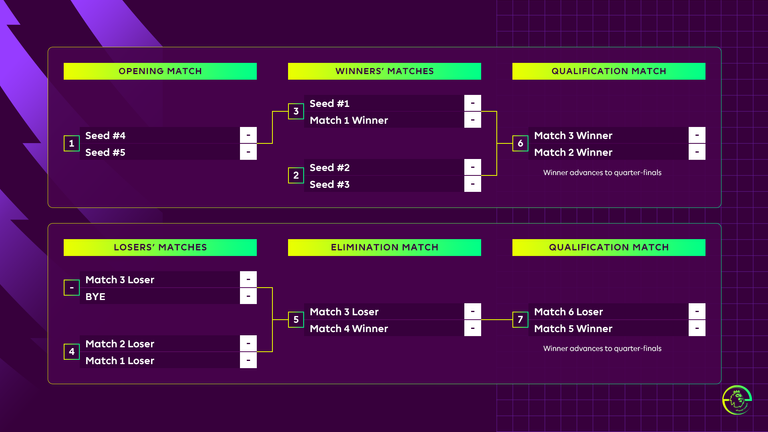 Those two will then progress through to the knock-out stages, where another three rounds of competition will crown a PS4 and XBox champion respectively.

Our two console winners will then face off against each other on Friday March 26, to crown this season’s overall cross-console ePremier League champion.

Who’s in this year’s tournament? 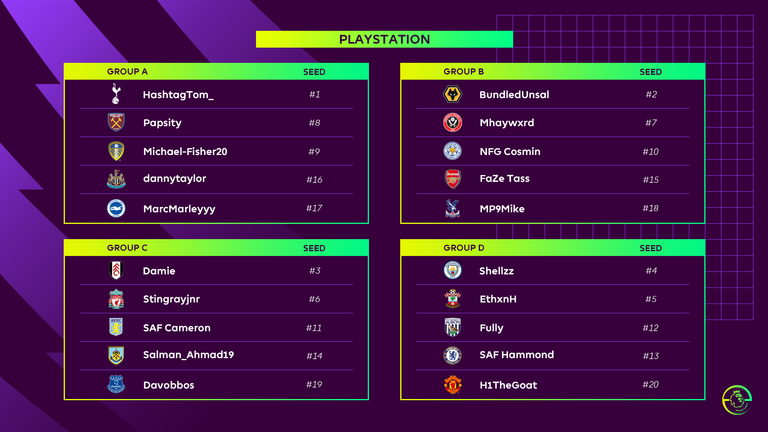 Last year’s XBox and PS4 champions have been placed in the same group for 2020/21. Overall winner Tom “Hashtag Tom” Leese is joined by joined by XBox champion Marc “MarcMarleyyy” Marley in Group A on PS4, after Marley changed consoles for this year’s event. 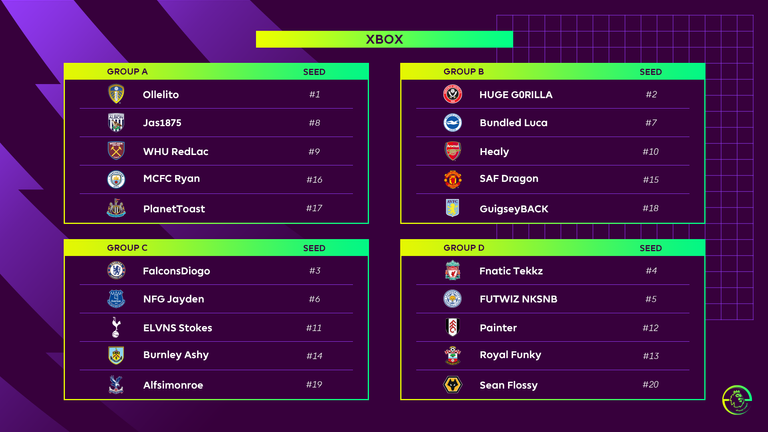