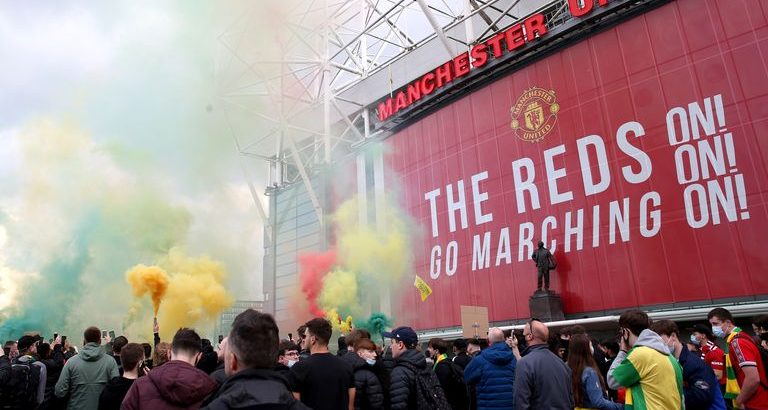 The fallout from Manchester United’s involvement in the European Super League could lead to the club building a stronger relationship with its supporters, Eric Cantona has told Sky Sports News.

United have stepped up security at Old Trafford amid calls for fans to participate in another protest ahead of the rearranged fixture with Liverpool.

The initial match was postponed on May 2 after protestors broke into the ground and assembled on the pitch in opposition to the Glazer family’s ownership of the club.

Cantona, who won four Premier Leagues and two FA Cups at United during a five-year spell in the 1990s, said the fans have to be respected after the owners backed the “stupid idea” of joining the European Super League.

“We heard for 20 years that some rich clubs wanted to build this league. In 20 years, none of them could anticipate the reaction of the fans – and didn’t inform anybody,” said Cantona, speaking ahead of the launch of a Sky Original film called “The United Way” – which he co-wrote and narrated – on May 24. 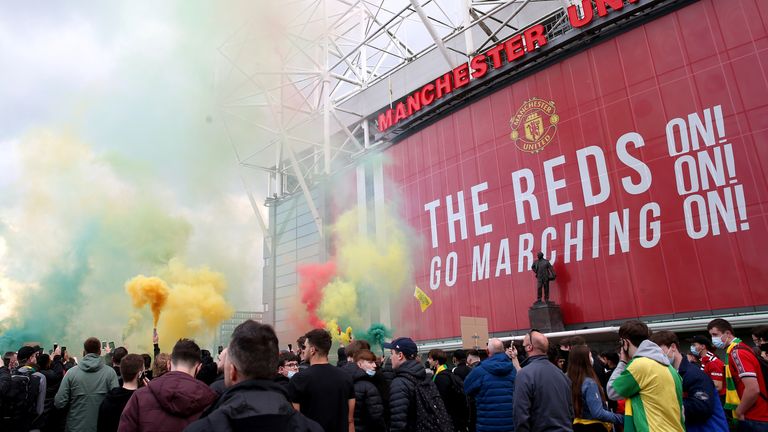 “What is unbelievable is that in 20 years all of these guys went to school until the age of 30 or 35, they are smart, intelligent, and none of them could anticipate the reaction of the fans.

“Now they just have to say sorry, because now they realise it was just a stupid idea. They had to respect the fans. It’s never too late, it’s good sometimes that something like this happens. You build something else, something stronger from that.

“I am very optimistic. I hope they will use this moment to give more power to the fans and respect them. Maybe fans can have 50 per cent of the votes in big decisions. Maybe a chairman can be elected every six years like in Barcelona or Madrid.

“I don’t think in their last campaign they wanted to create the Super League, because I don’t think they would have been elected in Barcelona or Madrid, because like everywhere the fans are against this kind of idea.

“Right now, we have to respect them. As soon as they do it, without any kind of violence, it’s good. The most important thing is that at the end of the day, things change. If things change, this moment will have been useful. It will have helped everybody to build something stronger.”

Cantona crossed paths with Solskjaer during their playing days at United, and the former believes the current manager at Old Trafford is on the right track to follow in the footsteps of Sir Alex Ferguson and win the Premier League. 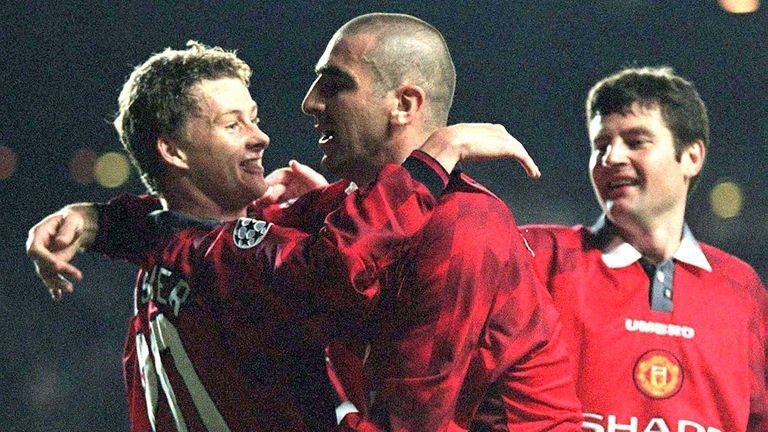 “It’s important to win any kind of trophies,” Cantona added. “In the near future, I hope next year they can win the league. Now they have tried to find somebody like Ole, like [Pep] Guardiola was a player when Johan Cruyff was the manager at Barcelona and he learned a lot with Cruyff. He became a great manager with the same kind of football philosophy.

“Ole was a player when Alex Ferguson was there. He learned a lot. Ole decided to become a manager and I think it’s great to have a manager who knows the identity of this club. He’s got the DNA of this club. I can’t wait for United to win the league again – it will be soon.”

“The United Way”, a Sky Original film, will launch on Sky Documentaries and Now TV on May 24

A United return: “The problem is I do a lot of things that take a lot of time. I really enjoy it. It’s difficult. I cannot do everything. The talent is in the choices.”

Where he stands in United history: “I see myself in the 1990s. I played for Manchester United in a great moment. I was between 26 and 30 with a wonderful team, manager and fans. We hadn’t won the league for 26 years and we started to win again. I have been lucky to play with this club, in this city. It’s a very inspiring city. The energy is special. You can feel the history and the vibes of this city. It’s why so many artists, musicians, sports stars have been inspired by this city.”

Wishing he was at United in 1999: “No… because I lost the passion for the game, so when I lose the passion, I don’t enjoy it, I don’t feel the fire inside of me. I said when I was 20 in France, when I’m not passionate by football – if it happens – I will retire, even if I’m young. I retired at 30 because I lost a passion for the game. I’ve been lucky to be passionate by many things.”

United ups and downs: “I have a very strong relationship with all of the players. Of course, the atmosphere with the players, it’s easier to build when you win, but maybe you win because there is this connection. We had some bad moments, we lost 5-0 against Newcastle, but we came back even stronger. It’s in this kind of moment you realise the men you are around. Are we strong, or are we weak? No, we have been very strong.”

“The United Way” documentary: “We learned some things. It’s great to put it all together, to feel special energy. You realise when you have something that can unite people, you can start to dream, and when you start to dream, you start to succeed. That’s the way Manchester United is: in the bad moments, tragedies, success. Always trying to unite the people and use any moment of history to build this club stronger.”