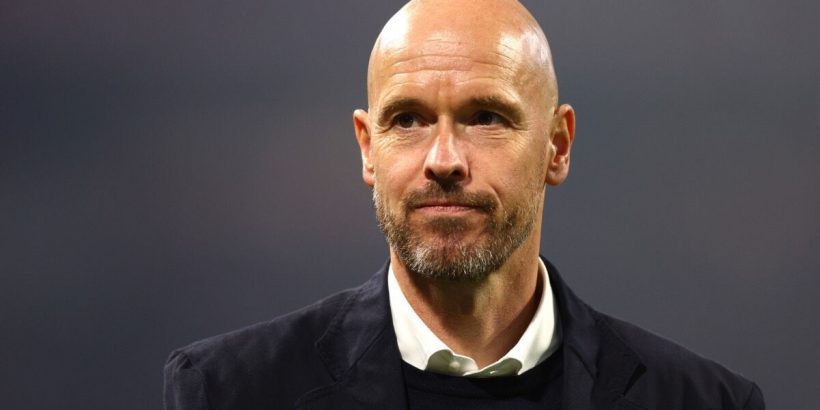 Erik ten Hag is reportedly ‘considering’ attending Manchester United’s final game of the season as he continues preparations ahead of his summer arrival. The Red Devils head to South London to take on Crystal Palace next Sunday and it is understood the Dutchman is contemplating whether or not to watch the match from the Selhurst Park stands.

The incoming United manager has endeavoured to distance himself from the Red Devils since his appointment as he has focused all of his attentions on finishing the season with Ajax. However, having wrapped up the Eredivisie title, and with Ajax concluding their league fixtures against Vitesse this Sunday, Ten Hag is understood to be weighing up whether or not to watch United up close in their final match of the season.

According to The Athletic, the 52-year-old will be keeping a close eye on proceedings in South London next Sunday ahead of his Old Trafford arrival this summer, but is yet to decide whether to watch his new side on TV or in person, in the Selhurst Park stands. Though United have seen their hopes of Champions League qualification disintegrate in recent weeks, where the club will finish in the Premier League this term will be determined against Palace.

The Red Devils currently languish down in sixth in the league standings with qualification for the Europa League the best outcome they can hope for this season. However, they may find themselves further down the Premier League’s pecking order come kick-off at Selhurst Park next Sunday.

United currently sit three points above West Ham, however, Ralf Rangnick’s men may well be leapfrogged by the Hammers this weekend, should David Moyes’ side upset title-chasers Manchester City and claims all three points this Sunday. If United were to finish below West Ham, Ten Hag may well be inheriting a side competing in the Europa Conference League next season instead.

The Red Devils confirmed Ten Hag will take over on a three-year deal in the summer from current interim manager Ralf Rangnick, who has been in temporary charge since November. Much like the current Ajax boss, another who has remained tight-lipped over the Dutchman’s arrival is Cristiano Ronaldo, however the Portuguese superstar has now opened up on his excitement at the prospect of working under Ten Hag.

“I know that he has done a fantastic job at Ajax, and that he is an experienced coach, but we have to give him time,” Ronaldo told manutd.com.

“Things must change the way he wants. If you do well, all of Manchester United will succeed, so I wish you all the best. We are all happy and excited [with the arrival], not only as players, but as fans as well. We have to believe that next year we can win titles.”