Tennis superstar Rafael Nadal is hitting form ahead of the French Open at Roland Garros at the end of the month, but while the Mallorcan ace is staying focused on his game, he is keeping close tabs on the club he supports.

Nadal, whose uncle Miguel Angel Nadal played for Barcelona and Spain during a 570-game career, is a big fan of Real Madrid, and revealed who he wants to see pulling on the famous all-white of Los Blancos next season.

And, during a media session ahead of the Madrid Open, the 13-time French Open champion was asked which of the world’s two top young strikers – Dortmund’s Erling Haaland or Paris Saint-Germain’s Kylian Mbappe – he’d prefer to see arrive at the Santiago Bernabeu ahead of the 2021-22 season.

“I would like both of them!” he told reporters ahead of the Madrid Open.

“To be honest, they are both going well.” 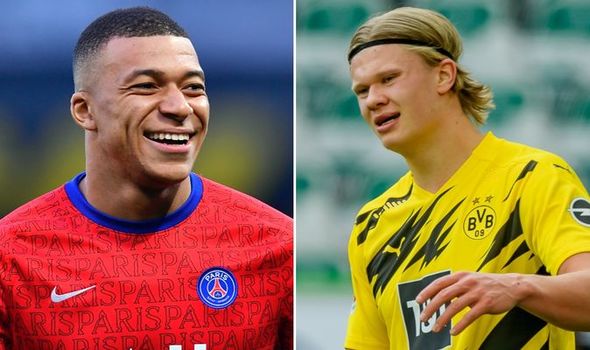 But Nadal warned that fourth-placed Seville – who sit four points off Barca and Real, and six points off Atleti, with a game in hand – are now a legitimate title threat as the season approaches its climax.

“There are four teams to win La Liga. Sevilla have joined the equation, that’s the reality.”

Real Madrid are reportedly considering a move for Mbappe, with Los Blancos boss Zinedine Zidane thought to be a big admirer of his fellow countryman.

Spanish outlet Sport have stated that Real are prepared to offer PSG Raphael Varane and Vinicius Junior, plus cash, in a swap deal package to tempt the Ligue 1 club into agreeing to a transfer.

Sport claim that the Parisian club is looking for a transfer fee of more than £87 million, but Real are hopeful the offer of a players-plus-cash deal will fit the bill. 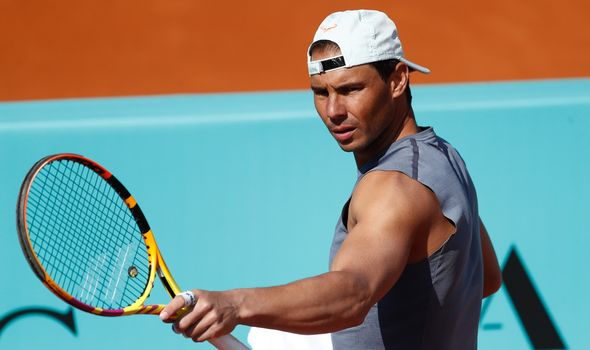 Meanwhile, Haaland’s agent Mino Raiola has told Spanish outlet AS that, despite the collapse of Real president Florentino Perez’s European Super League vision, the Spanish giants are still more than capable of securing his client’s signature in the off-season.

“Real Madrid are interested and can afford Haaland,” he stated