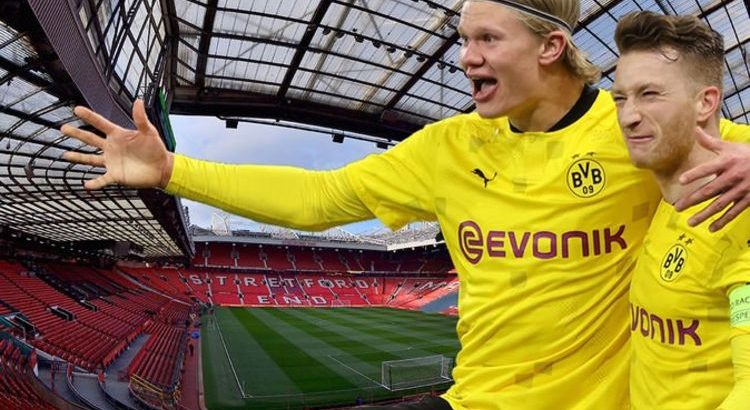 Borussia Dortmund talisman Erling Haaland was given a golden chance to prove his Premier League credentials against runaway leaders Manchester City in Tuesday evening’s Champions League quarter-final clash at the Etihad Stadium. The 20-year-old has long been linked with a move to England’s top flight, with Manchester United and Chelsea said to be among those vying for his signature.

The Red Devils are particularly in need of a world-class striker ahead of a renewed title challenge next season, with veteran forward Edinson Cavani likely to move on upon the expiry of his contract at the end of the campaign.

Ole Gunnar Solskjaer has admitted that he remains in regular contact with Haaland from their time together at Molde, and is more than likely to see his former protege as a top target ahead of the summer transfer window.

The Norwegian youngster has been ripping it up in the Bundesliga and the Champions League all season but faced arguably his biggest test yet against the best side in Europe on their own patch.

At least one crucial away goal was the aim going into Tuesday’s encounter ahead of the return leg in eight days’ time, with Haaland the man tasked with leading the line, flanked by Marco Reus and debutant Ansgar Knauff on the wings.

But the truth is that, aside from making a crucial late assist, he never really got too many opportunities to show off his true ability in front of goal, which can only be a good thing for United if their noisy neighbours decide to draw the conclusion that he simply failed to score on the biggest stage. 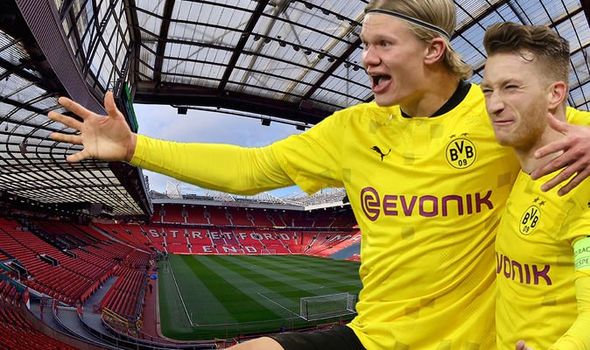 So many comparisons have been made between Haaland and the no-nonsense centre-forwards of old, given the Norway international’s imposing frame, frightening physical attributes and enviable competitive mentality despite his tender years.

Although City, as expected, held much of the possession throughout the opening period and the rest of the match, Haaland’s raw energy when off the ball was clear to see as he charged down the opposing defenders with a burning, old-school desire to shake things up and make his opponents uncomfortable.

When Dortmund found themselves with the ball at their feet, he stayed firmly central, allowing the two wingers to weave along the flanks and play off him in order to try and make things happen. 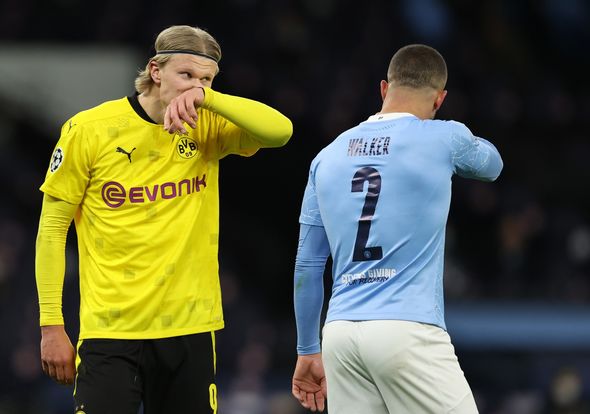 He released Jude Bellingham early on for the ex-Birmingham City teenager to sting the palms of Ederson between the sticks, displaying the link-up ability that has helped his game to flourish with the Bundesliga hopefuls.

Haaland often found himself isolated up top but this was through no fault of his own, with City simply too strong in their current form to allow the visitors much hope of stringing more than ten passes together at the best of times.

Nevertheless, he consistently showed good positional awareness, always waiting and watching for that one chance and making a number of intelligent runs, although the defensive pairing of Ruben Dias and John Stones managed to immediately smother him when the ball came his way with 25 minutes on the clock.

On the other occasions that he did pick up possession, he showed that he is more than just a finishing specialist, contributing to attacks with strong hold-up play to buy time for his team-mates.

His passing was crisp and controlled, with his limited opportunities to impress still carrying the hallmarks of a top-class striker with an elite all-round game, fit for a club like United or indeed any other side in Europe. 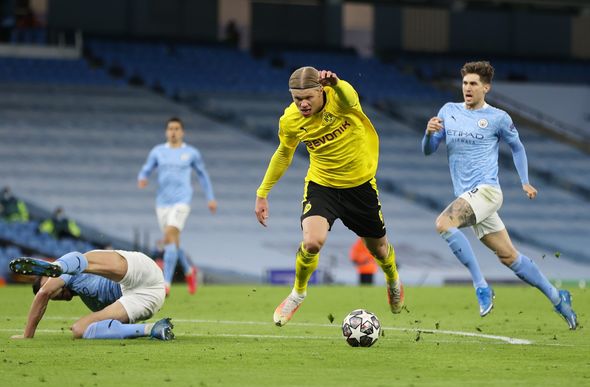 Shortly after the interval, a huge opportunity finally came his way, and he was desperately unlucky not to take it.

The fearsome Norwegian latched onto a dangerous through ball, powering past Dias, who is potentially the best central defender in the Premier League, like he was not even there and leaving the Spaniard with a face full of grass as he bore down on goal.

He quickly managed to get the shot away despite being off-balance, but his effort was thwarted by a fine save, with Ederson getting down low to deny that all-important away goal.

However, the elusive equaliser finally arrived with six minutes remaining and Haaland was at the centre of the crucial move. 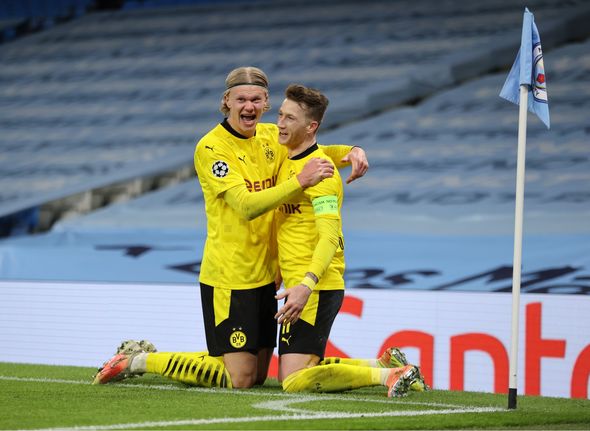 A deft, precise flick around the corner under pressure put Reus through one-on-one, and the veteran attacker duly delivered to ensure Haaland would once again play a huge role in his side’s Champions League charge, even though his name was not on the scoresheet at full-time.

Although he did not manage to establish an overwhelming dominance on proceedings against City, who snuck a last-gasp winner through Phil Foden in the dying seconds, Haaland did more than enough to show that he could mix it against the Premier League’s very best sides, especially with the likes of Bruno Fernandes and Paul Pogba behind him at United.

The Red Devils would need to shell out an arm and a leg to secure his signature, but it could be more than worth it in seasons to come as Dortmund clearly have an enormous asset on their hands.

It is frightening to think that Haaland is still only 20 years of age, and a move to one of the world’s biggest clubs, that managed to get the very best out of a certain Cristiano Ronaldo as a youngster, could be the catalyst needed to take him to the next level.