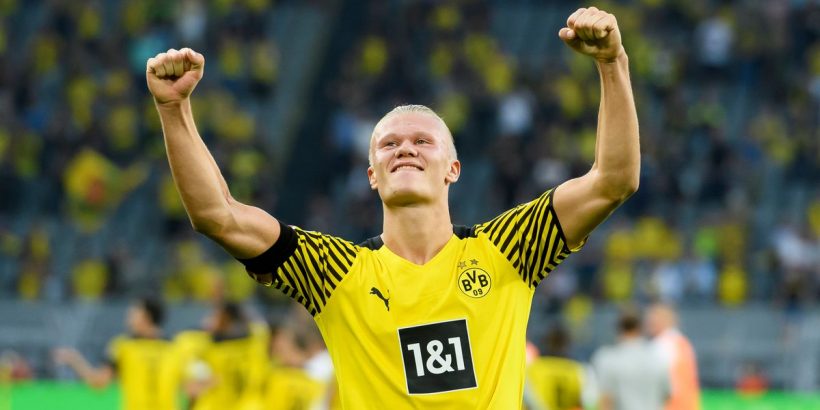 Manchester United's signing of Cristiano Ronaldo may have boosted their chances of beating Europe's biggest clubs to the acquisition of Erling Haaland next summer.

Ole Gunnar Solskjaer and John Murtough are in agreement that Haaland is United's top transfer target come the end of the season.

A release clause in the 21-year-old's contract with Borussia Dortmund will become active then that will mean he will be available for an absolute bargain price of £68m, which will set off a massive fight for his signature.

At present, United have significant depth in their attacking options, but this could be very different by the time the 2021/22 campaign concludes.

Edinson Cavani will almost certainly be leaving as his contract expires next year, and the same goes for Jesse Lingard.

One of their other main striking options alongside Cavani is Anthony Martial, who has been linked with a move away and will have only two years left on his deal with the club.

The Red Devils could therefore be left with Ronaldo, who will be 37 years old by then, as the only centre-forward in their squad.

Could Erling Haaland and Cristiano Ronaldo fit into the same team? Let us know what you think in the comments section.

The record international goalscorer in men's football signed a two-year deal upon his return to United and there is also an option of an extra year.

This could be significant in getting a deal for Haaland done as last year the Norway international admitted his massive admiration for Ronaldo in an interview.

He told Record in 2020: "I would love to meet him and tell him that I am a footballer thanks to him.

“For me, he was always a role model."

Haaland has not yet crossed paths with his idol in his short career to date but could be lining up in the same team as him if Solskjaer can convince his former player to join up.

Ronaldo has mentioned Haaland in the past, saying: "It is hard to choose just one player to say this one will be the best.

“But I think it is exciting to see this new generation of young players, like Erling Haaland and Kylian Mbappe, who are coming through."