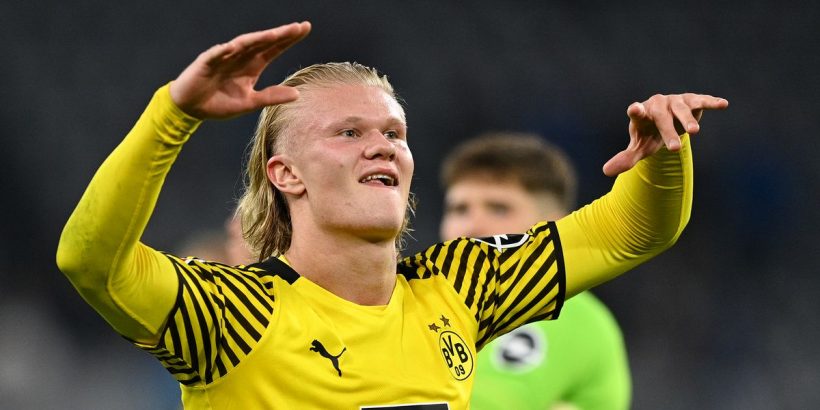 Erling Haaland has a clear stance on his transfer future with a seismic battle set to ensue in the coming months for the 21-year-old megastar's signature.

Come the end of the season a clause will be activated in Haaland's contract with Borussia Dortmund that will mean he is available to buy for just £68m.

Such a bargain price for the goalscoring machine who has already scored over 100 goals in his short career is unfathomable and all of Europe's top clubs are on alert.

Despite the mass interest in him, Haaland is taking his time over the verdict on which club will be his next destination.

According to 90min, the Norway international does not intend on making a quick decision over his future and he is yet to have agreed a deal with any club.

His agent Mino Raiola is aiming to secure a contract for his client that would see him become the highest paid footballer in the world, so wants the competition from the continent.

Ole Gunnar Solskjaer is keen for a reunion with his former Molde player and the return of Cristiano Ronaldo, who is Haaland's idol, could have given Manchester United an advantage.

Where do you think Haaland will end up? Let us know in the comments section.

Manchester City are also in the market for a new long-term frontman after missing out of Harry Kane and would definitely be able to afford his massive wage demands.

Chelsea were linked with a move for Haaland this summer but when the cheaper deal for Romelu Lukaku presented itself, they went for the Belgian instead and their interest may have now ceased.

Liverpool remain the only other contender from the Premier League, though there is of course significant interest from other top sides in need of a replacement striker.

Bayern Munich are known for poaching talent from fellow Bundesliga sides, especially Dortmund, and will be searching for Robert Lewandowski's successor.

Over in France, Paris Saint-Germain are set to lose Kylian Mbappe to Real Madrid next summer and they have asked Raiola to keep them informed.

With this transfer holding the potential to be the most hotly contested in history, it is understandable that Haaland wants to give it proper thought.