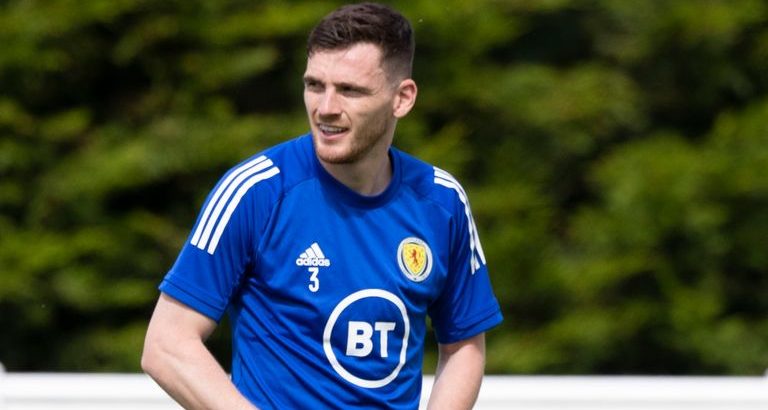 Andy Robertson has said captaining Scotland means everything to him as he prepares to lead his side into their Euro 2020 Group D opener against Czech Republic.

The Liverpool defender will be the first man to lead his country at a major tournament since Colin Hendry did so at the 1998 World Cup in France.

Robertson will have that honour in front of 12,000 supporters at Hampden Park on Monday afternoon and he is keen to praise the attitude of the players he will captain at the European Championship.

“There are not many captains who have done it, obviously, we have not been to many tournaments. Being captain of my country means everything to me,” he told Sky Sports News.

“It makes it even more special that I captain this group because, to a man, I have got a lot of time for them off the park, they are a fantastic group of lads.

“No egos, no nothing, just an honest, good working group. To be leading them out means everything.” 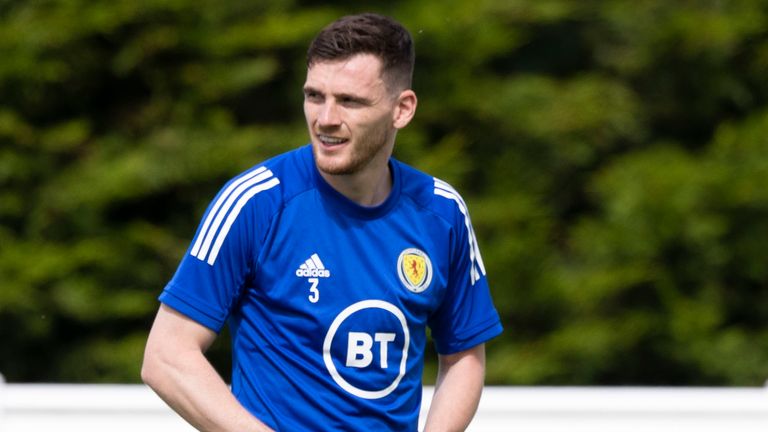 Robertson was part of a Liverpool side that experienced fans back inside stadiums for the final two matches of the Premier League season after the coronavirus pandemic had forced the majority of the campaign to be played behind closed doors.

Hampden will be limited to a capacity of 12,000 for the Czech Republic game and Scotland’s final group-stage encounter against Croatia on June 22, but even that will offer a significant boost to Steve Clarke’s players, according to Robertson.

“Football without fans is nothing. Over the last couple of months you’ve really seen that come through, for different reasons.

“Football’s not football without a full stadium. It won’t be full but it’s a good start from what the world’s had to deal with and to have 12,000 in Hampden will make a huge difference.

“I am sure those that are lucky enough to get in there will be excited and hopefully they can cheer the team on.

“I believe the country will get right behind this team and hopefully we feel that.”

Robertson conceded that Scotland and the Czech Republic will be less fancied to advance out of Group D than England and Croatia, which makes Monday’s game between them even more crucial.

“Both of us are probably underdogs going into the group with Croatia and England in it, but both teams want to prove the people wrong who think we will be going home,” he said.

“That’s why the first game will be tough. All three games in the group stage are going to be crucial in different ways but you want to get off to a good start.

“Everyone in the tournament will want to get the first three points on the board.

“We will be looking to get the three points and it would put us in a really good position, especially going into the England game [on June 18].

“We will be ready come kick-off and it will be up to us to show all the qualities we have shown over the last two years to get us here on the big stage.

“By looking at training and the squad just now, I do believe we will be able to do it.”