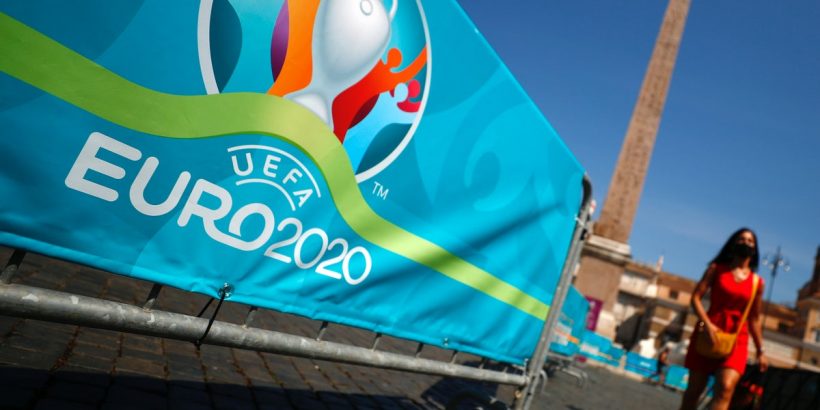 Despite the many differences between the squads at Euro 2020, there has been one almost universal message in the camps. Managers like Gareth Southgate and Luis Enrique have been telling their players to “seize a rare opportunity”, but that is much more specific than the usual easy motivational line. They are two men who know as well as anyone that success in international football doesn’t necessarily come down to a team’s quality. It is whether they are in the right place at the right time.

That is a factor only set to be amplified this summer, that could see these European Championships skew more than any other tournament.

Time and place have never been so important to a single competition. This is a tournament that is uniquely being held across 11 countries, at a precise point in history when an unprecedented global pandemic would have cautioned against exactly that, with that very crisis also having pushed Euro 2020 back a year. The influence of this cannot be understated. It is set to be a completely different competition to the one we would have watched in the summer of 2020.

The very timing of tournaments has created many great what-ifs in the history of international football. Had some Euros or World Cups come a few months earlier or later, epic moments or matches might have gone a completely different way. Maybe the greatest example in European Championship history is Yugoslavia 1991, to go alongside Colombia 1993 in the World Cup. There’s even a strong argument that England’s fabled Euro 96 – afforded so much attention during this build-up – came a year too early for the team. On the other side, these Euros may well have come a year too late for Belgium. They go in ranked first in the world, but also as the oldest squad in the competition.

Unlike the World Cup, the European Championships have only rarely been won by the most fancied or best side going in. That does reflect the rather disparate history of the competition, given it has had an uneven evolution through so many different forms, until the latest hybrid. This cross-continent version actually more closely resembles the tournament’s first years, when it was a knock-out played home and away. That disjointed history means the Euros have never quite had the gravitas or evocativeness of the World Cup – it doesn’t have the images of Diego Maradona or Pele going through defences, or those going back to the grainy black and white of the pre-war era. It feels like it has only really been since France 1984 that it became a fully-formed event with all a tournament truly had to offer.

The trade-off had been a concentration of technical quality well beyond the World Cup, that actually created the openings for some real surprises. There haven’t been recent world champions anything close to Denmark 1992, Greece 2004 or even Portugal 2016 in terms of profile.

The holders of course have a different perception now, where they go in as one of the favourites. Portugal are among a few major European football countries to have almost industrialised talent production.

The consequence has been a series of major squads absolutely stacked with talent, from Spain, Belgium and Germany at one end to Portugal, England and – above all – France at the very top.

The trend of international football over the last decade has been towards these countries triumphing, to a greater degree than ever before. In normal circumstances, it would be difficult to see past any of them. All of their storylines would dominate: whether France can do a second international double; whether England can finally fulfil so much talent after 55 years; whether Joachim Low or this Belgian generation can enjoy glorious last stands.

Except, there could well be a few twists and real narrative turns. It is just one other element of Euro 2020 that the Covid-19 crisis might disrupt. The offset of having so many high-level players is that they will have played the highest number of games in the most hectic club-season calendar ever seen. It is no coincidence that all of England, France, Germany, Portugal and Spain lead the way – by a distance – in terms of minutes played. Ruben Dias tops the list, at a remarkable 5,518 over 2020-21. 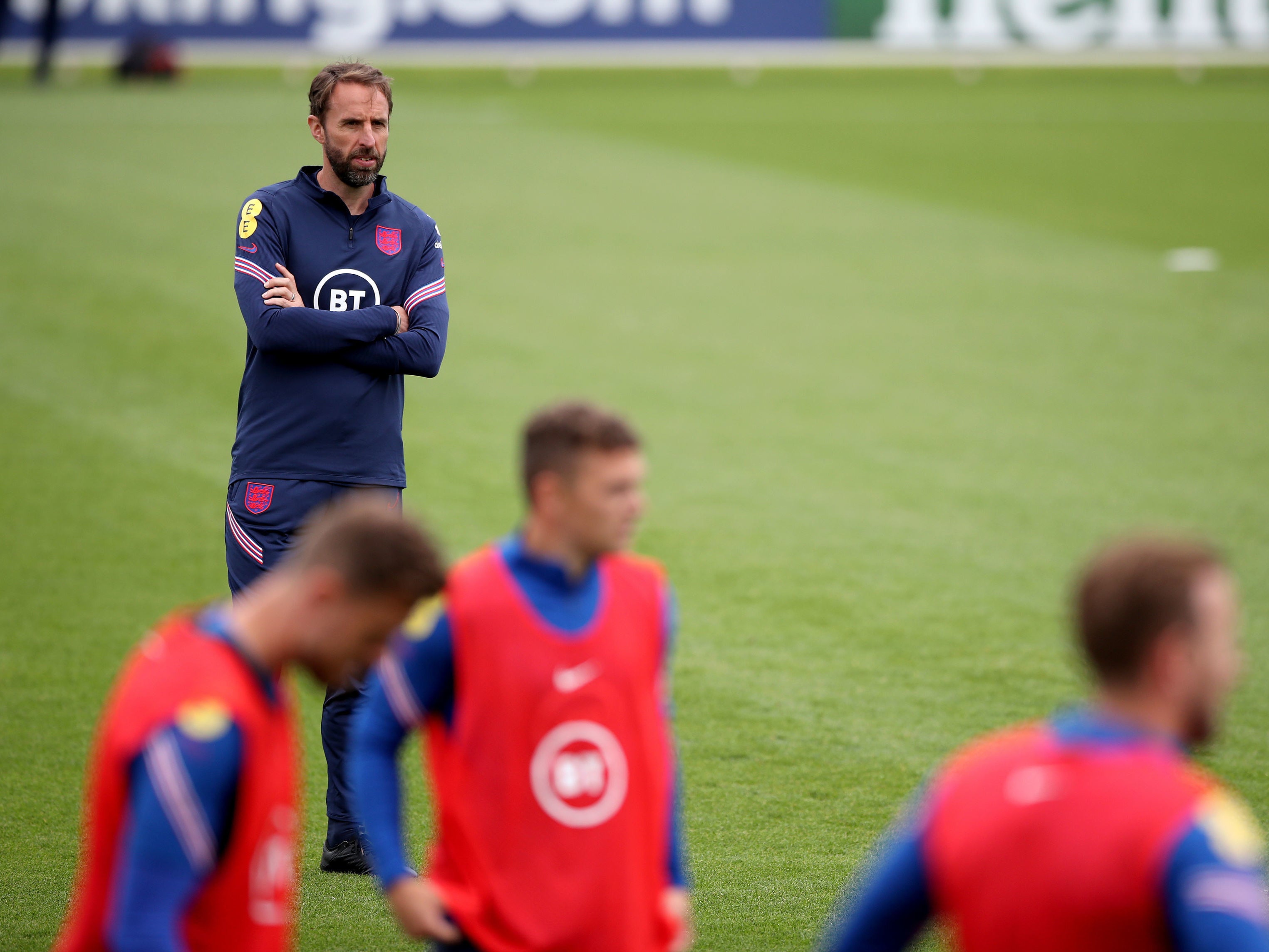 England are one of those who realise the opportunity ahead

It’s not just about the numbers, either. It’s the intensity. A full season was crammed into a shorter period, resulting in the shortest gap between the Champions League final and a tournament start this millennium. That was a mere 13 days, but it’s a break some players will have been grateful for given the lack of any kind of rest between games this season.

None of this makes for the sharpest football, or top players performing to their best. They are however the ingredients for fatigue, stumbles and outright slip-ups. The more defensive nature of international football may only further foster this.

It is essentially industrialised talent production against an industrial football calendar. The stage could well be set for the tournament with the most surprises since 2004 or 2002. That World Cup was the first after another significant change to the calendar, which was the initial expansion of the Champions League to 32 clubs. The timing of the rainy season in Korea and Japan then meant the start of the tournament had to be brought forward to the end of May, leading to so many tired performances from the top teams.

Euro 2020 feels just as open for similar reasons. Promising young sides who have played far less football this season – such as Turkey, Ukraine or the Czech Republic – could have that rare opportunity that managers like Southgate speak of. The much-highlighted Turkish squad, as an example, have collectively played almost half the minutes that England have over 2020-21. That could make a huge difference over an intense month.

There is then the issue of where the games are being played as much as when they are played.

Nine of the 24 countries will have at least two home games, with most of them enjoying the presence of proper crowds for the first time in well over a year.

As we have seen from the last few weeks of the club season, that can have an electrifying effect. It can also prove influential.

Take the so-called group of death, where it is widely expected that Germany, France and Portugal will get the single wins against Hungary they need to at least secure qualification. A packed Puskas Arena will be a cauldron of life for two of the games, which could greatly change the nature of the visits for fatigued French and Portuguese sides. It could well change the prospects of the group. The end days of Low’s tenure had meanwhile ensured that Germany are considered the weakest of the big three in that group, but the fact they have three home games could greatly fortify them and balance that out.

It is a dynamic that may well make the group stages much more engaging than in 2016. The insanity of the tournament’s reformatting should not be forgotten in all this. Uefa took a perfectly structured symmetrical 16-team competition – that struck just the right balance between quality and allowing the odd surprise – and turned it into this mess, where 71% of the games only eliminate one third of the field.

The manner in which four third-placed teams out of six go through removes so much of the jeopardy, and adds a strange sense of compromise to a competition that should be more exacting. It isn’t such a problem, however, if the groups are well balanced.

There is at least the possibility that all of these factors could foster that this time. As many as four of the groups feel difficult to predict. Even England’s, at one point considered forgiving, now looks deceptively difficult. Some of the biggest countries could end up grateful for the third-place finish.

There would have been justifiable uproar about the number of air miles a 11-country competition racked up at a time of environmental crisis.

It was all the stranger given that one of the great joys of a tournament is the idea of a festival in one or two countries, celebrating distinctive football cultures.

The format is not the only reason these experiences will be denied to supporters this time. A one-country tournament would ironically have been much easier to navigate amid Covid-19. It would certainly have had more soul, more flavour.

It should be acknowledged there is still some beauty to the idea of a pan-European tournament at a time when people have been kept away from each other and borders closed, even before you get to the “official” reason that it is Uefa’s 60th anniversary.

The nature of the circumstances may at least ensure that sense of festival comes from home supporters returning. There is also the authentically unparalleled joy of a debut nation – like North Macedonia and Finland – taking their first steps into this bigger world. Affording more countries these moments was one of the few positive arguments for a 24-team Euros.

It still isn’t the European Championships anyone wanted. It almost has the feel of a shadow tournament.

At the same time, the idea of so many people making their way to their stadiums in the hours before that first big game back remains such an exciting one.

These are the grand communal events people have waited for. That’s what football is really about. That’s why there is still some sense of purity, some universal feeling, to this tournament that finally comes after such a wait.

It’s one other reason the managers are telling the players to seize the opportunity.