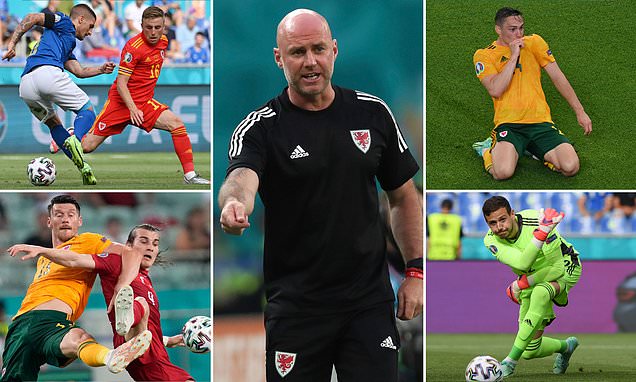 The 6ft 5in Cardiff striker who’s become a national hero, the midfield enforcer who played only 11 games for Luton last season… and the boss drafted in at the last minute: Wales’ unsung heroes supporting Gareth Bale and Co in their Euro 2020 run

The immediate thoughts are of Gareth Bale and Aaron Ramsey when somebody talks about the Wales national team.

The two talismen. Elite level stars who serve as a beacon of hope not only for their nation, but their team-mates all around them.

Yet Wales’ impressive performances in the group stage of Euro 2020 have not been down to these two men alone.

Sure, Bale and Ramsey have stepped up to the plate and are driving their side on in the pivotal moments – as seen perfectly against Turkey – yet the red machine is worth more than the total sum of its parts.

Sportsmail takes a look at some of the lesser known names who are bidding to help Wales scribe another spellbinding chapter in tournament football. 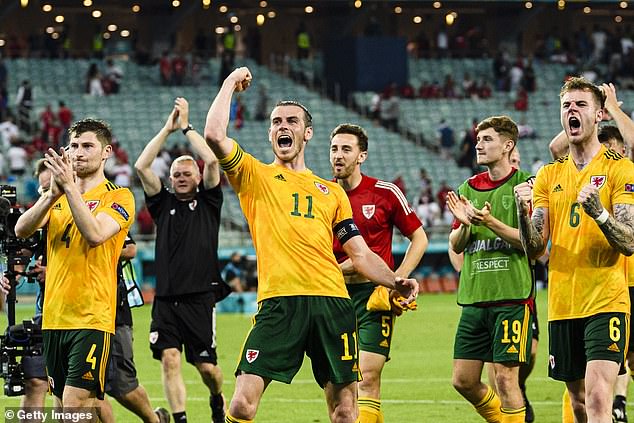 It sure is some job Ward has on his hands at Leicester, trying to displace the legendary Kasper Schmeichel.

Still, the Welshman remains valued by his international team despite struggling for game time at the King Power.

Trust has been placed in Ward and the player has repaid it handsomely. 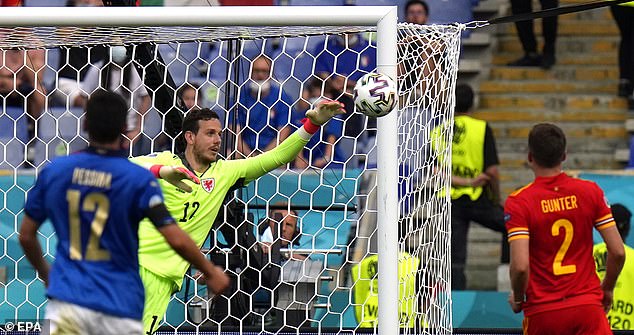 Danny Ward has been dazzling at the Euros, despite being down the pecking order at Leicester

The former Liverpool man pulled off a highlights reel of stunning saves in the group stage, notably against Switzerland and twice against Turkey.

Stats soon showed that Ward had been one of the top performing ‘keepers across the tournament in the groups, and was coming to Wales’ call when they most needed him.

With his 14 total saves, Ward bettered the likes of Thibaut Courtois and England’s Jordan Pickford in terms of over-performing on ‘expected goals’ (xG) saved.

A calm head at the back, Mepham had been initially viewed as Wales’ weak link in the back line.

His experience and strong leadership skills have however seen him through, and helped his side keep the crucial clean sheet against Turkey which added wind to sails of momentum.

Against Denmark in the upcoming showdown, Mepham will find himself up against the physical Yussuf Poulsen, with a 90-minute battle almost certainly on the horizon. 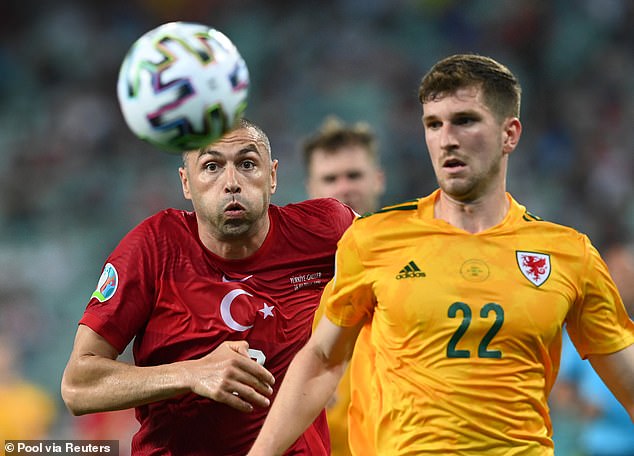 The 23-year-old has made just over 20 senior appearances for his country, but is now expected to stand up and be counted as Wales enter the business end of the competition.

Brief Premier League experience with Bournemouth has served the youngster well, and it will be this level of expertise he needs to call upon in the coming days.

Roberts is one of the many Championship stars Wales call upon to make up their starting XI, yet his game appears to have been raised to a much higher standard with his international team-mates around him.

Born in Neath, Roberts joined the nearby Swansea City from a young age and has been with the club ever since. 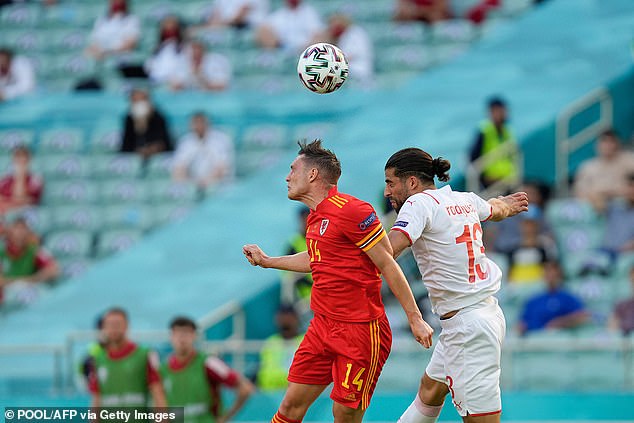 A recent loan spell out with Middlesbrough saw Roberts experience something different, before returning to south Wales where he made 50 appearances last season in all competitions.

This included Swansea’s foray into the play-off finals, in which heartbreak was dished out by Brentford in the last two.

Roberts may have missed the opportunity to become a Premier League player this summer, but Wales will insist he continues to play like one as they aim for the impossible and look to re-write the history books.

Another one of Wales’ utility men who is doing his utmost for the side, and often goes under the radar.

After sealing his move to Luton last year, Morrell featured only 11 times for his club but has remained an ever-presence in the Welsh set-up.

Like Bale and others around him, Morrell clicks into gear when pulling on the red shirt and lets the passion take over. 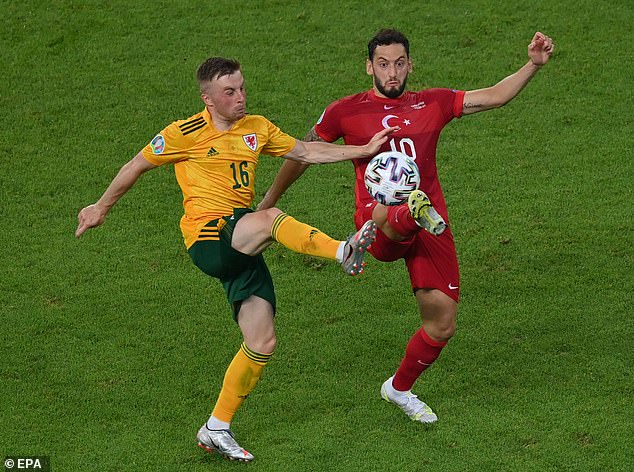 Morrell has been credited for his constant running and was an instrumental part in Wales turning over Turkey and getting a foothold in the group.

The victory will rightly be remembered for the ingenuity of the Bale-Ramsey double act, but Morrell was an important as anybody else in ensuring Wales were first to every ball and kept the intensity high, under sweltering conditions.

Moore may be seen by some people as the classic case of ‘the big man up front,’ but his presence for Wales has been priceless.

Fans will be hard-pressed to name a more iconic, combative image than Moore trashing around in the group stages with a bandaged and bloody head, still going up high to win the aerial balls and keep his side on the front foot.

It was Terry Butcher-esque, and the 6ft 5in forward has become a national hero as a result.

Just four years ago Moore was non-league, now he is a nailed on starter for Wales as they gear up for their biggest match of the tournament. 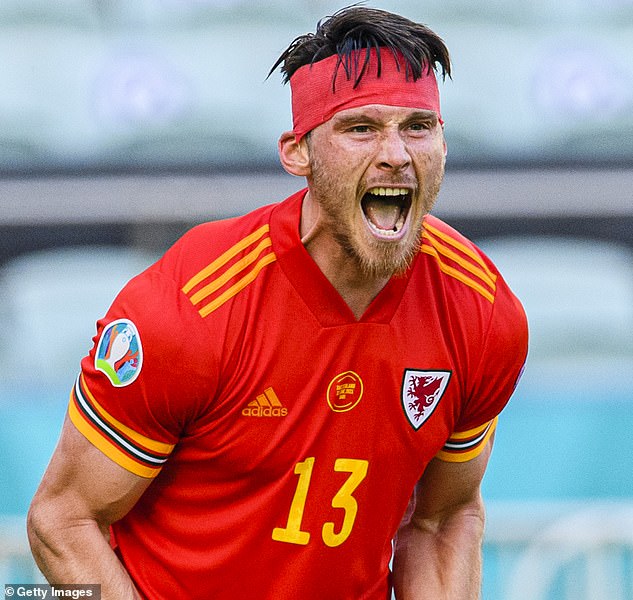 So important is the forward to his national side now, boss Robert Page still opted to play him in the final group game with Italy, even though he was precariously one yellow card away from a suspension.

The result? Moore continued to surge up and challenge for every header, yet made each jump with his arms by his side so as not to run the risk of catching an opponent.

‘It’s a lot more difficult than you can imagine,’ he told reporters after the game.

As a big, powerful striker, Moore often finds himself at the mercy of referees who frequently whistle against him. He was deemed to have committed 80 fouls last season — the sixth highest in the Championship.

Still, rough and tumble is something that Wales can certainly bring to the European championships, and it just might yet see them repeat the heroics of five years ago.

A mention has to go to the man on the touchline.

Page came in for Wales at the eleventh hour, after Ryan Giggs was removed from the helm.

It was a jump into the deep end, yet the former Cardiff man has relished the chance to lead his nation and appears to have a solid connection with each and every one of his players.

As a former Wales international, Page knows what it means to wear the red shirt and it has certainly resonated with his charges. 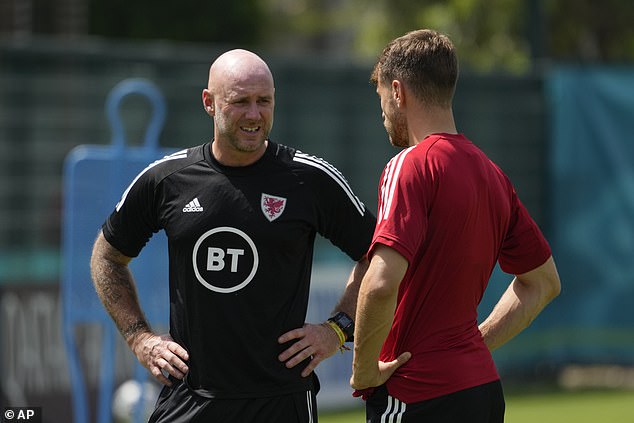 Page’s story is one of determination and, relatively speaking, inexperience.

After finishing his career having represented Wales at every level, his transition into coaching saw spells at Port Vale and Northampton Town – the latter of which he once caused a real stir at, after labelling a 5-0 defeat to his side as a case of ‘girls against men.’

Page continued to wear his heart on his sleeve with his approach to coaching and later took charge of the Wales U21 ranks and found his niche, before suddenly being propelled into the limelight on the eve of Euro 2020.

Some would say it’s fate, or a case of the stars aligning. Either way, should Page guide his side past Denmark and book a place in the quarters, or beyond… his spot in the hall of fame will be secured.