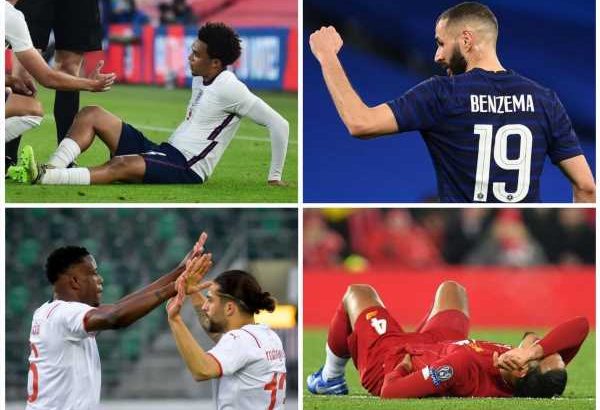 For all the noise, the think-pieces, the defensive myths, along with the criticism and support Gareth Southgate received over the Trent Alexander-Arnold selection poser, Liverpool’s right-back will cruelly not be part of the European Championships.

The 22-year-old sustained a thigh injury in the closing stages of England’s 1-0 win over Austria last Wednesday, which will sideline him for between four to six weeks.

“None of this would have happened last summer,” a source close to the player told The Independent. “He would have been an automatic pick, there would have been no fuss over his selection and the injury happens because of the football these lads have been asked to play since Project Restart.

“Physios, club doctors and even the managers were saying it’s too much football in a short space of time, with no recovery built in. A lot of players will sadly be breaking down.”

That is an accurate observation, with international backroom teams trying to plot a balance between a winning formula and not overloading their spine. 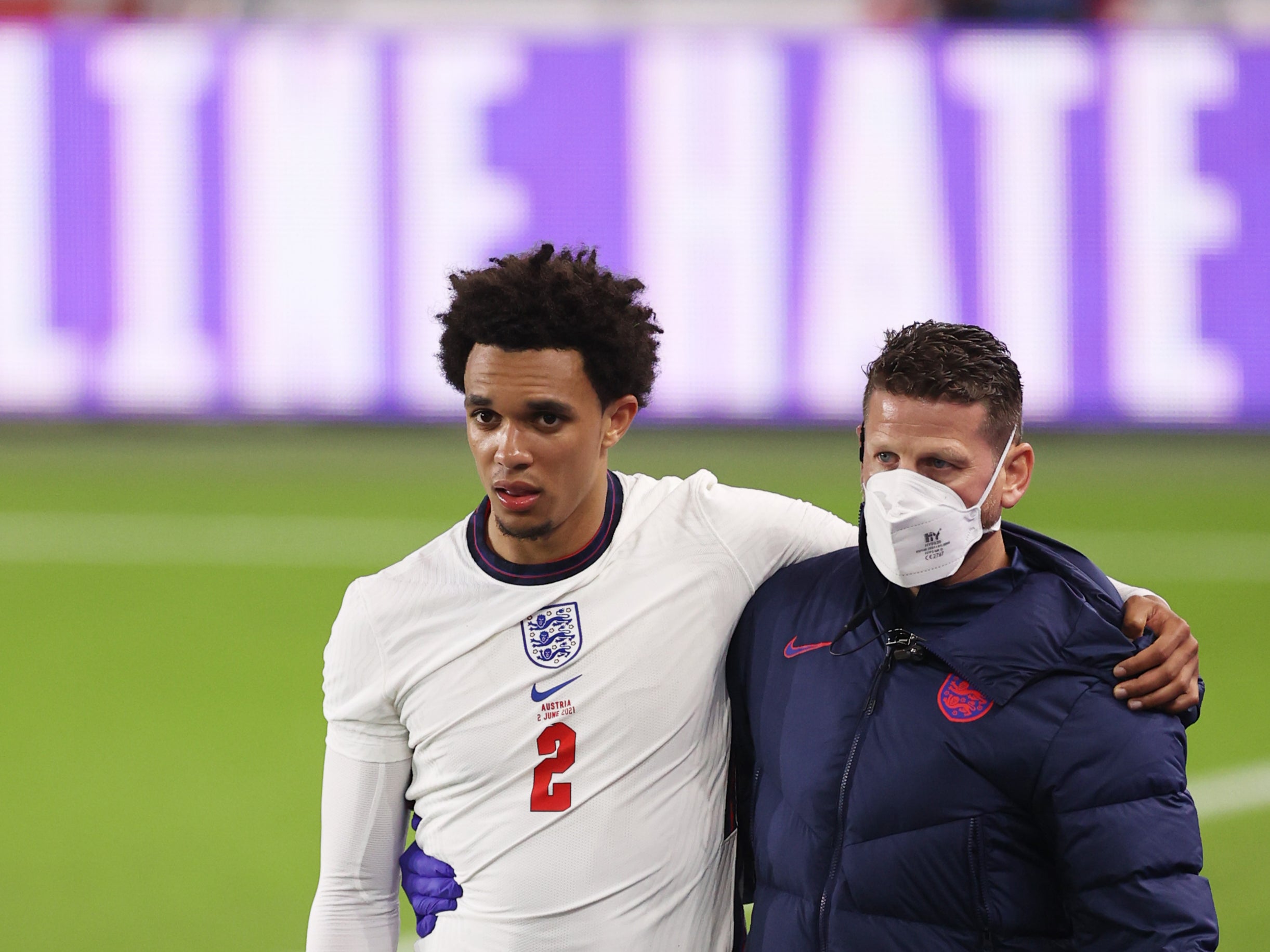 Trent Alexander-Arnold is helped off the pitch

It’s a Euros by the same name, but with a totally different complexion. France are still tournament favourites – even stronger a year on – and they have welcomed back Karim Benzema into the fold.

That seemed completely implausible last summer, but they now possess a more formidable frontline as the Real Madrid attacker offers a much greater threat than Olivier Giroud.

Germany, who are hard to read and could either be excellent or repeat their horror show of the 2018 World Cup, have also dipped into the talent pool of the past.

Obituaries were written for the international careers of Thomas Muller and Mats Hummels, but they’re back and offer been-there-done-that nous to an exciting young group.

Kai Havertz and Timo Werner will possess extra swagger and surety as Champions League winners, the former scoring the goal to crown Chelsea as European kings at Manchester City’s expense, with the forward’s intelligent run creating the space for the winner.

Werner is a curious case: a player that constantly gets in the right positions without applying the correct finish, but aids his teammates in ways that aren’t often quantifiable. As Thomas Tuchel put it: “the way he works he’s relentless. He gives opponents a hard time with his runs.”

Last summer, Werner was seen as a machine in front of the sticks, slotting 95 goals in 159 appearances for RB Leipzig.

That number sits at 12 in 50 games for Chelsea, but there is a feeling in the Germany camp that he has been hardened by his mixed debut season in England and has sharpened the rest of his attributes.

The delayed tournament has allowed both Florian Neuhaus –  tracked by Europe’s powerhouses with Bayern Munich and Liverpool wanting to prise him from Borussia Mönchengladbach – and “ice-cold” teenage sensation Jamal Musiala to force their way into Joachim Low’s blueprint. 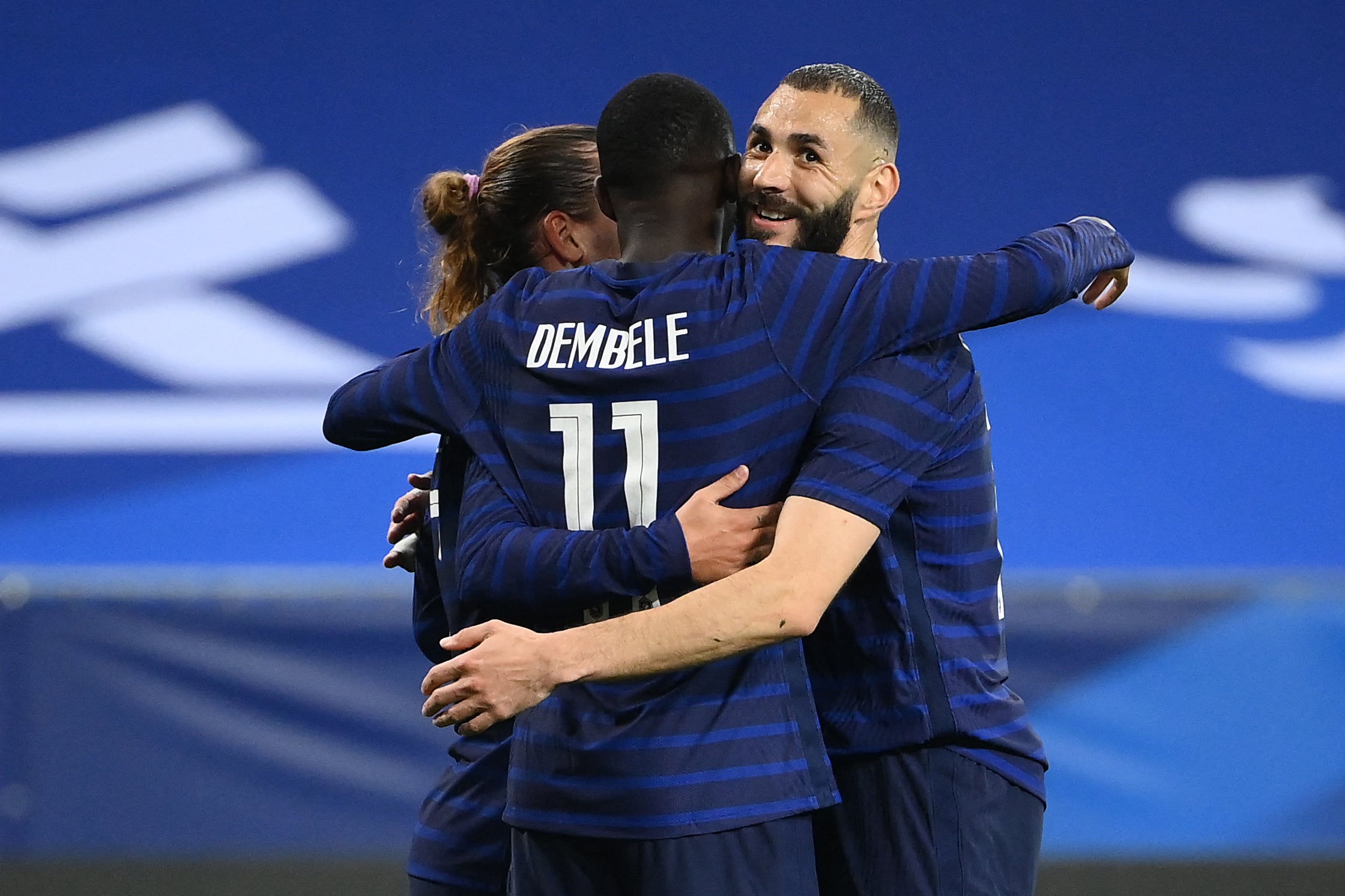 The shift has not been all positive for Germany. Barcelona goalkeeper Marc-Andre ter Stegen will undergo a knee operation and is replaced in the squad by Eintracht Frankfurt’s Kevin Trapp.

Wales will not have Ryan Giggs in the dugout, who will face trial in January after being arrested last November on suspicion of assault and actual bodily harm. He is accused of headbutting his ex-girlfriend, Kate Greville, and controlling her.

Robert Page stands in to somehow help Wales match or exceed their exhilaration from reaching the semi-finals of Euro 2016, a route decorated by delicious goals from Gareth Bale, Aaron Ramsey and Hal Robson-Kanu.

The team, rapid and technically gifted, can count on new blood like Neco Williams, Ethan Ampadu and Daniel James.

With Kieffer Moore being an awkward annoyance for defenders and the combo between Harry Wilson and Bale thriving during the qualifiers, there is less of a one-man team feel and more promise about the collective now.

Another nation with a new face in the technical area is the Netherlands. Ronald Koeman chucked away leading Holland at a major international tournament for the first time since World Cup 2014 to fulfil the dream of managing Barcelona, who don’t want him anymore but can’t afford to pay him off or find a suitable successor.

Enter Frank de Boer, whose recent club career has been very much hands-over-eyes emoji. His steering of the Dutch has shown some glimpses of encouragement, although they are without their captain and MVP, Virgil van Dijk.

The Liverpool defender is still undergoing rehab for the ACL damage he sustained in October and while Stefan de Vrij and Matthijs de Ligt have formed a solid centre-back partnership, they cannot replace his leadership abilities.

To go with a quality midfield, Memphis Depay – fresh off a 20-goal Ligue 1 campaign for Lyon – shapes up as one of the finest attackers at the showpiece a year on.

Donny van de Beek would have headed into the competition as an Ajax gem last time around, but after making just four league starts for United since his switch to Old Trafford, he is denied the chance to remind everyone of his quality due to a groin injury.

The name Manuel Locatelli will have meant little to many last summer, but Italy envision big things for the 23-year-old. The Sassuolo midfielder only received his first international call-up in August and was supreme against the Netherlands a month later.

With Marco Verratti expected to miss Italy’s first two matches, Locatelli is primed to start for Roberto Mancini, whose win record as Italy boss sits at 70 per cent.

Spain omitted Sergio Ramos – unthinkable last year – rendering them without a Real Madrid player at a major tournament for the first time in their history. Aymeric Laporte changed his international allegiance from France to bolster Luis Enrique’s defensive options. Pedri was unknown 12 months ago, but is now seen as a developing new Iniesta.

Eden Hazard would have been out had the Euros gone ahead in 2020, he’s in now, and while that would have been The Tournament Is Ours news in the past, who knows what version of him Belgium gets.

Once a top-five player in the world, he has been besieged by injuries and hasn’t represented the national team since November 2019. Roberto Martinez is still adopting an optimistic view: “I am convinced we will see the best Eden Hazard at the Euros.

“Eden has always been performing well for us and he plays an important role – he never disappoints. I have seen a hungry Eden over the last few weeks. He’s smiling again. He hasn’t played a lot, but that can be an advantage too. He will join the squad as a new, young player.”

While Axel Witsel was a certainty to start last summer, he is recovering from an Achilles problem and it is still unclear over whether he’ll be able to provide much-needed balance in midfield.

Portugal, meanwhile, have the very welcome result of some of their talent growing in stature over the past 12 months. Ruben Dias was the FWA Footballer of the Year having guided City to the Premier League title, while Diogo Jota was an attacking revelation for Liverpool, and Bruno Fernandes enhanced his status as United’s transformer.

This trend appears for England too, where Dean Henderson seems to have disposed David de Gea as the No 1 at Old Trafford, while Kieran Trippier’s stock has risen after helping Atletico Madrid win a first La Liga title since 2014. 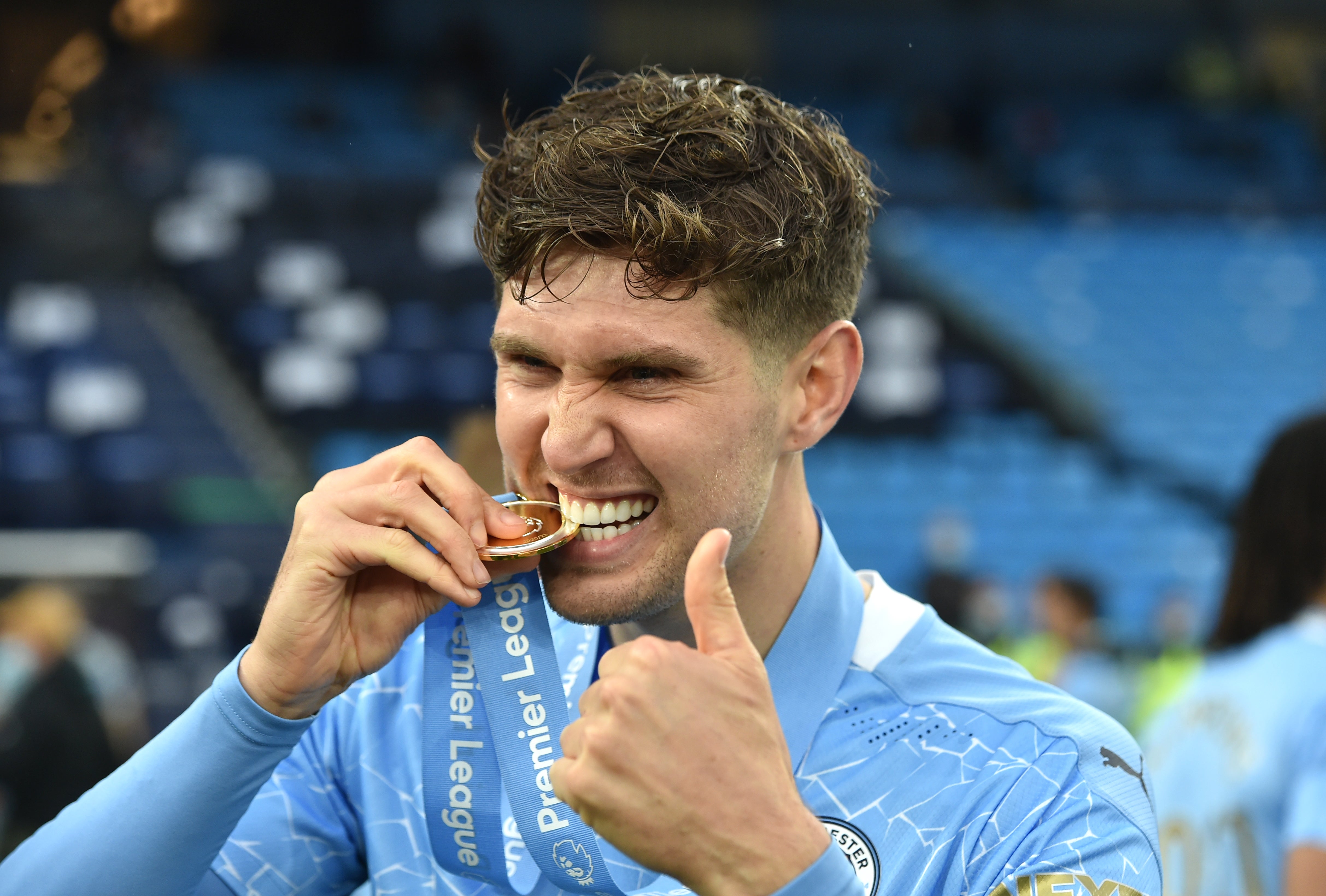 Reece James has a gold Champions League medal, John Stones and Luke Shaw have been reborn and Phil Foden, Bukayo Saka and Jude Bellingham have blown the door open. Ben White, meanwhile, has forced his way into the final cut after superb showings for Brighton and impressing in the friendlies while stationed in their weakest area.

In Jack Grealish and Mason Mount, England have two of the league’s best players who count amongst Europe’s premier contributors in their positions.

Turkey have a stronger squad than they would have pulled together last year, with Ozan Kabak, Merih Demiral and Yusuf Yazici able to participate this time around.

Denis Zakaria suffered a serious knee injury in March 2020, but is fit for Switzerland, who will be hoping Xherdan Shaqiri’s limited minutes for Liverpool does not mess with his international excellence.

Russia’s goalkeeper, Anton Shunin, will be delighted for this delayed Euros. He is finally the country’s first-choice after making his debut back in 2007.

Igor Akinfeev’s stepping down as stopper following the World Cup on home soil had paved the path for Guilherme Marinato to fill in, but he conceded four in the first half of a Nations League game against Serbia. That has finally let Shunin in, against even his wildest dreams.

There are new opportunities for some, fresh hurt for others, big-name returns and rebirths. A Euros by the same name, but different all the same.