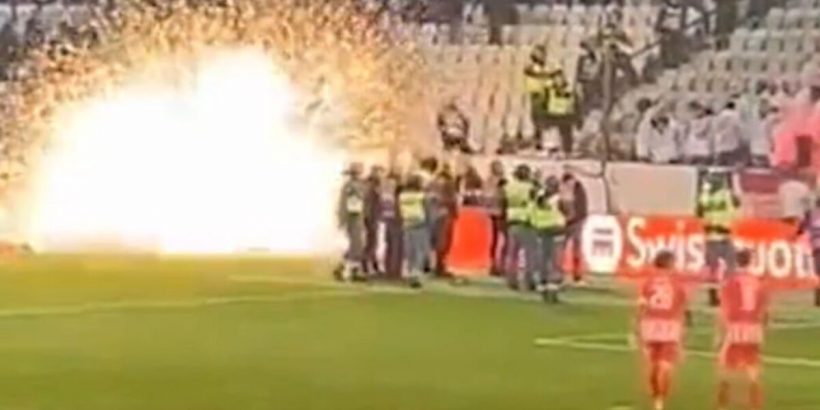 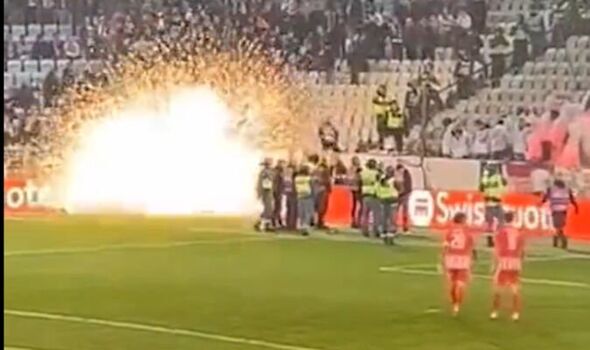 A Europa League tie between Malmo and Union Berlin was delayed after a huge explosion took place just a few yards away from the pitch. Trouble began to emerge from the stands as fans threw objects and pyrotechnic missiles onto the pitch, causing the referee to suspend play and take the players off the pitch on Thursday night in Sweden.

The game was brought to halt on the hour mark at the Eleda Stadion when footage appeared to show a flare being launched from the away end, which was filled with Union Berlin supporters, onto the pitch.

The missile landed just a few yards away from the players after somehow flying through the air and landing near the centre circle. Even after the referee had taken the players off the field during the break in play, more flares were thrown onto the pitch as scenes turned ugly in Sweden.

And the scary moment arrived when stewards made their way over to confront the Union fans and a bomb appeared to explode just a few feet away. Remarkably, it appeared that no one was injured in the incident.