Europa League round up: Lazio reach the last 32 and knock out last season’s runners-up Marseille

Eintracht Frankfurt won 3-2 at Apollon Limassol to advance while Lazio beat Marseille 2-1 to march into the next round and send last year’s runners-up out.

Ten-man Sevilla won 3-2 at Akhisar thanks to a late penalty, but Anderlecht were eliminated.

Ever Banega converted a penalty three minutes from time against Akhisar as he grabbed the winner for Sevilla, the most successful club in Europa League history. 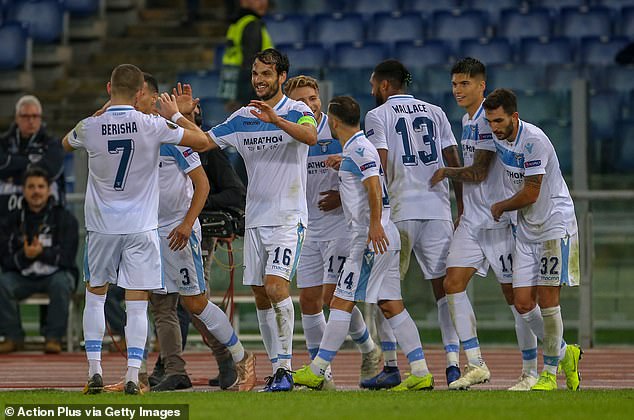 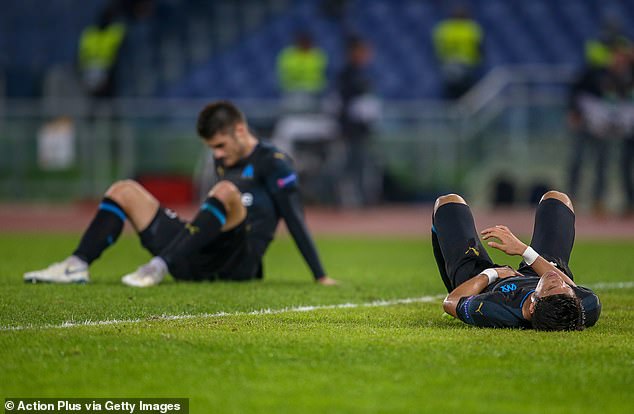 Earlier, Nolito and Luis Muriel gave the Spanish club a 2-0 lead, but Elvis Manu started a comeback for Akhisar in the 52nd, four minutes before Sergi Gomez was sent off. Onur Ayik then equalised for the Turkish side after 78.

Sevilla are tied atop Group J on nine points with Russia’s Krasnodar, who beat Standard Liege 2-1. 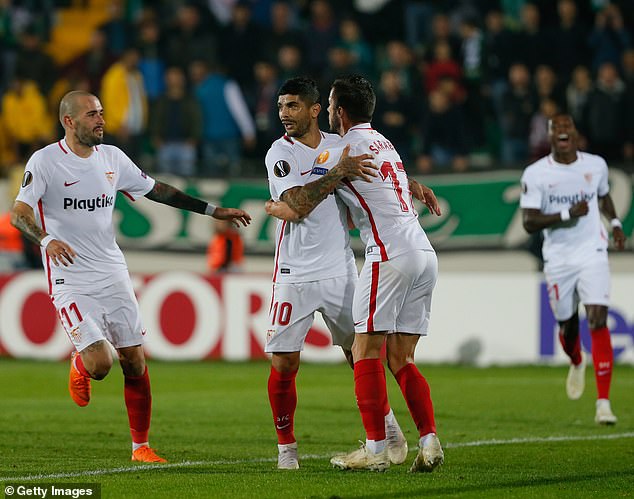 Marco Parolo headed the opening goal for Lazio in first-half injury time and Joaquin Correa beat goalkeeper Yohann Pele 10 minutes into the second before Marseille got one back through Florian Thauvin.

Eintracht have 12 points followed by Lazio on nine. Marseille and Apollon, both on one point, are out.

In Group G, Villarreal leads the section with six points after drawing 0-0 at Rapid Vienna. Rangers and Spartak are one point behind.

Anderlecht’s campaign came to an end after a 2-0 defeat at Group D rival Fenerbahce.