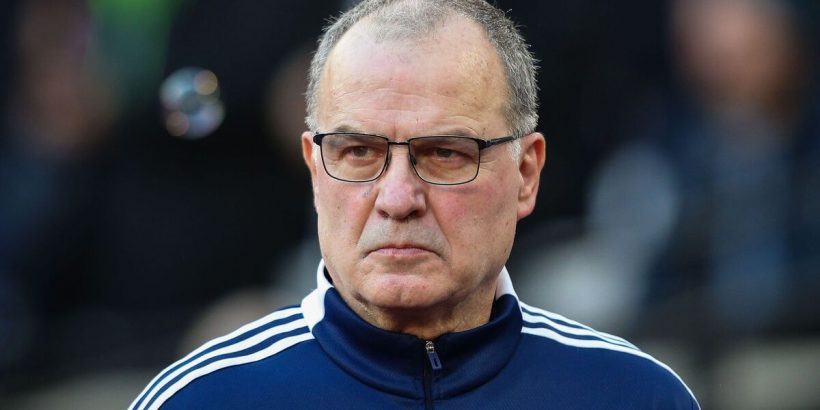 Everton managerial target Marcelo Bielsa could backtrack on his decision to snub the club’s advances if they agree to meet his lofty wage demands, according to reports. The Toffees are on the hunt for a new boss after sacking Frank Lampard, with 18 games left in the Premier League season to ensure survival.

Bielsa promptly emerged as the number one choice in the eyes of Everton owner Farhad Moshiri, following the decision to axe Lampard on Monday. Everton fell to another defeat against West Ham at the weekend, leaving them two points from Premier League safety.

Having been sacked by Leeds almost a year ago, Bielsa is seen by many as an interesting choice with a free-flowing brand of football that often left his former club exposed defensively. The 67-year-old Argentine has a glittering CV including spells in charge of Lazio, Marseille and Chile.

Despite being handed an opportunity to return to the English top-flight, Bielsa is thought to have turned his nose up at Everton’s advances due to the finances on offer and the structure of their squad.

According to The Sun, Bielsa is demanding at least as much as the £6million per season he was paid during his stint at Elland Road. Everton’s offer is thought to have been significantly less, suggesting that Moshiri will have to cave into the veteran’s terms or move on to other targets.

Bielsa is also thought to have expressed concerns over a lack of pace in defence, which could see his style of play struggle to produce results at Goodison Park. Conor Coady and James Tarkowski have been stalwarts of the Toffees’ back-line this term, neither of whom are particularly quick.

Everton do have other managerial options to call on but all of them have their downsides. Sean Dyche led Burnley to routinely punch above their weight during his decade in charge at Turf Moor, although his appointment is not thought to have the backing of Toffees chairman Bill Kenwright.

Ralph Hasenhuttl is available and comes with solid pedigree, but he broadly underwhelmed at Southampton before receiving the sack late last year. A shock return for Sam Allardyce has also supposedly been discussed but many believe the 68-year-old to be past his best.

Everton fans have protested against the club’s hierarchy at regular intervals this season with results failing to pick up. Reports this week indicated that Moshiri would be willing to sell up for £500m, but a recent interview with the Everton Fan Advisory Board suggests otherwise.

“The club is not for sale, but I’ve been talking to top investors of real quality to bridge a gap on the stadium,” he said. “I can do it myself. But I want to bring top sport investors into Everton. We are close to having a deal done. It is not selling the club at all, it is just bringing more expertise in terms of global sponsorship, commercial development.”