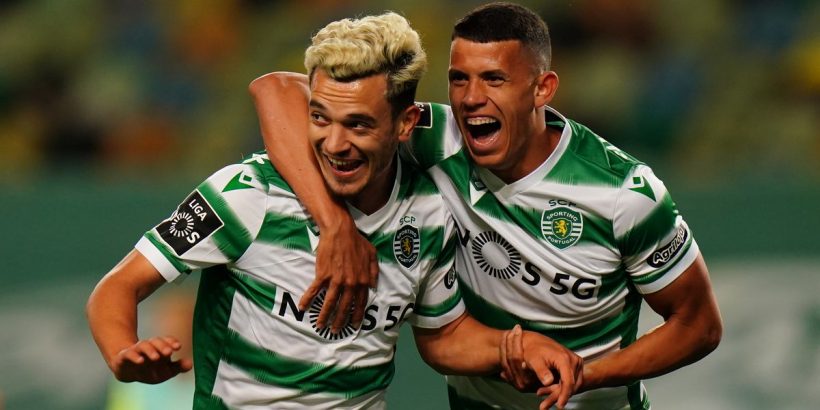 Everton could welcome the arrival of Nuno Espirito Santo this summer by adding a Brazilian youngster to their ranks ahead of the new Premier League season.

The Toffees were rocked earlier this month after finding out that Carlo Ancelotti would leave to take over at Real Madrid, despite insisting previously that his side would compete for the title in 2021/22.

Meanwhile, Wolves waved goodbye to Nuno following four seasons at the helm, in which he took them from Championship challengers to Premier League regulars.

In addition to his talks on Merseyside, the Portuguese boss could look back to his home country to bring in a talented young midfielder for a minimal fee.

Portuguese outlet Record believe that an announcement on the new manager is imminent, and added the news of the potential arrival of Sporting Lisbon star Matheus Nunes.

The 22-year-old, who has four years left on his current deal, joined the club back in January of 2019, making over 40 league appearances since and scoring three goals.

Will Nuno Espirito Santo succeed at Everton? Let us know in the comments.

Following the unexpected news of his departure, Nuno sent a message to Wolves supporters.

The statement read: “Since the first day we arrived at Compton, our ambition was to make a positive change and push this football club forward, and I am proud to say that we did that every single day.

"We achieved our goals, we did it with passion and we did it together.

“Firstly, I want to thank the supporters, who have all played such an important part in helping us reach new heights for Wolves, and the people of the city, who embraced us and made us feel at home.

“I, of course, want to thank all of the staff at Wolves, for their support and total commitment, every single day.

“Most importantly, I want to thank each-and-every player that we’ve worked with since the day we started, for their loyalty, their dedication, hard work and talent. They are the ones who have made this amazing journey possible for us."