James Rodriguez could help Everton climb the top six but manager Carlo Ancelotti will need something more to break into the top four. That is according to former Toffees ace Richard Dunne, who considers Rodriguez as probably the club’s “first superstar” following his stints at Real Madrid and Bayern Munich.

The attacking midfielder joined the Merseysiders for £22million from Real on a two-year deal, with an option for a third season.

Dunne sang the Colombia international’s praises as he knows how to win games and will add some much-needed spark in Ancelotti’s side.

However, the former centre-back isn’t yet convinced he can lead Everton to Champions League qualification considering the Premier League’s intense competition. 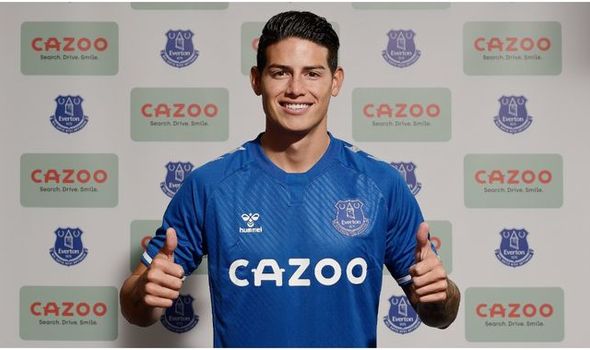 “He is known around the world and can produce that magic.

“Rodriguez comes as the one who can win games. They have always been a decent side, who you know what you will get from. Now they have something different.

“They will hope they can challenge for the top six but will need more to break the top four.” 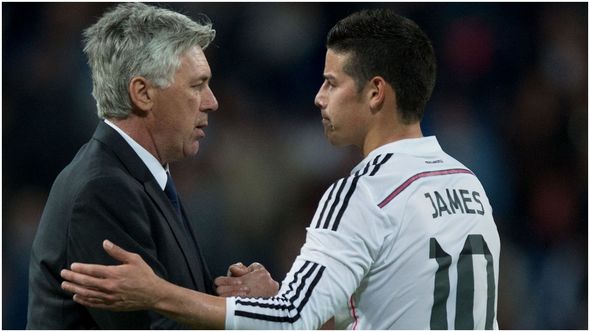 Rodriguez is set to play for Ancelotti for the third time having worked together at Real and Bayern, where he struggled to establish himself.

The 29-year-old is excited to be joining Everton and is looking forward to linking up with Ancelotti once more.

Rodriguez said: “I am really, really happy to be at this great club, a club with so much history, and here with a manager who knows me really well.

“I’m looking forward to achieving great things here – and winning things, which is what everyone’s aim is.

“I’ve come here to try to improve, to get better. I’ve also come here to help the team to win, to play good football – entertaining football.

“I’m convinced, with Carlo and his technical staff, we can achieve big things and one of the big reasons [I signed] was the presence of Carlo Ancelotti.

“I have enjoyed some great times with him previously at two different clubs. That was a massive reason to come here.”