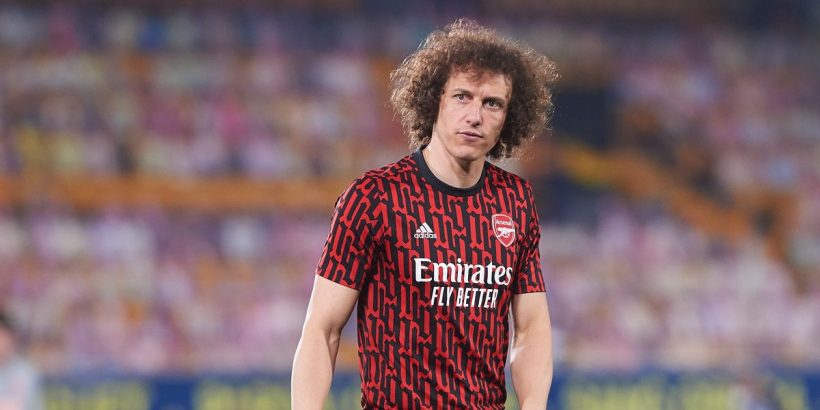 David Luiz could reportedly join Serie A newcomers Salernitana as he searches for a new club after leaving Arsenal.

Luiz parted company with the Gunners in June after his contract expired and is yet to find another employer.

The 34-year-old defender has gone back to his native Brazil and has been training by himself to stay fit.

Luiz’s former club Benfica, French team Marseille, Brazilian side Flamengo and Turkish club Adana Demirspor have all been linked with a move for the centre-back, but a contract has not been forthcoming.

Luiz’s agent has been putting forward his client's name at every opportunity and it seems like he may now have a possible taker.

Italian journalist Rudy Galetti reports that Salernitana have begun contact with the Brazilian’s representative and a meeting is ‘expected in the next few days’.

That apparent breakthrough came after Luiz failed to attract interest from Serie A side Spezia.

“We have been contacted by an agent for David Luiz,” sporting director of Spezia Riccardo Pecini said recently.

“But I didn't quite understand if he was speaking seriously or not.”

Would David Luiz make a good free agent signing for a Premier League club? Have your say in the comments below.

Salernitana are showing plenty of ambition in the summer transfer window, and Franck Ribery is set to join the club today.

The 38-year-old former Bayern Munich winger left Fiorentina earlier in the summer and, like Luiz, is looking for another team.

Salernitana have lost both of their Serie A games this season following promotion, including a 4-0 defeat to Roma.

Those results don’t appear to tally with Luiz’s desire to continue playing at the highest level.

"My idea is to win, win, win as soon as possible,” he told theDaily Maillast month.

"The offers so far, they did not touch my heart. I want to stay at a high level. Maybe that will be in the Premier League.

"I am working every single day. I want pressure, to be fighting for titles.

"I want that feeling of having to win every single week. That is why I have always played football, and why I still play. I want to feel alive."