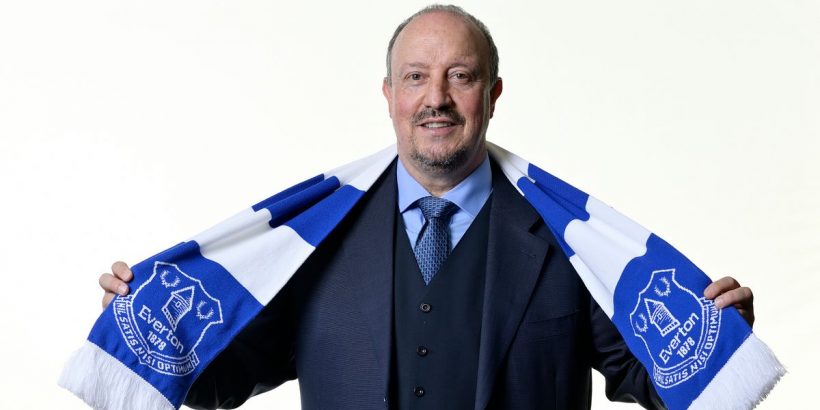 Rafa Benitez insists he is not scared about the hostility from some Everton fans about his appointment as manager.

The new Toffees boss insists he is ready for the challenge to win over those not happy with his arrival at Goodison Park.

Former Liverpool manager Benitez also dismissed concerns about a banner being placed near his Merseyside home which warned him not to sign for Everton.

“The Evertonians around my place, they are quite happy and they were very supportive. “Even the Liverpool fans were accepting that there is a chance for me to come back to the Premier League to compete for something, so it was quite good.

“Talking about the banner we can talk about one, two people, you never know.

“So then I think it's better to think about positives, how a lot of people were encouraging me to do well, I'm happy with that.”

Where will Rafa Benitez's Everton finish in the table next season? Let us know your thoughts in the comments section. Benitez once called Everton a “small club” during his six-year spell in charge of rivals Liverpool.

That brought anger from Toffees fans back then and the comment still lingers as he conducted his first press conference since replacing Carlo Ancelotti yesterday.

“If you are the manager, you have to defend your club in any context. ""I know how the team finished last year, and we will try to be sure that we can do better.

"We can talk the talk, but I prefer to walk the walk and hopefully everyone will be happy, starting with me. If I am happy, the fans will be very happy too."