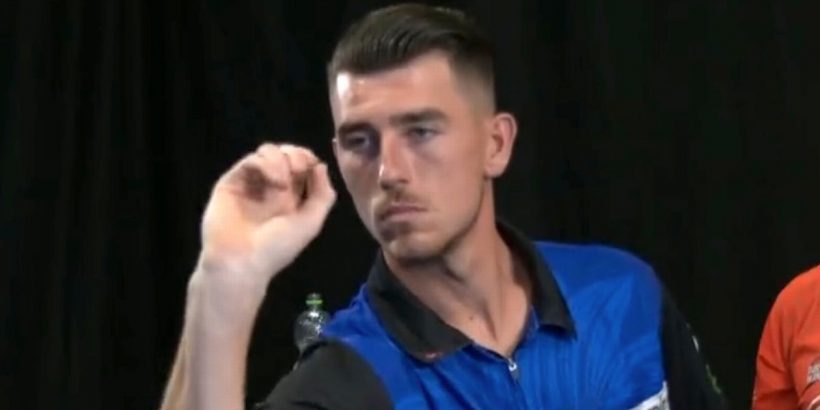 Former Norwich City trainee Jack Main showed the sort of consistency that his old club could only dream of last season as he hit two nine-darters in two days at the PDC Players Championship.

Main isn't a name that will be too familiar to many casual darts fans, but the 25-year-old is beginning to show some real form on the PDC Pro Tour. Now in his second year as a Tour Card holder, Main lit up Players Championship events 23 and 24 this week with nine-darters in consecutive days.

Despite blowing Voltage away with his first nine-darter of the week, Main couldn't go on to secure victory, eventually losing 6-4 to last year's European Championship winner.

But he was back again on Friday and he duly pinned another perfect leg, this time against Niels Zonneveld. Unlike the previous day, Main made it through, securing a tense 6-5 victory over the Dutchman.

How would you celebrate if you hit a nine-darter? Let us know in the comments section below.

Although he bowed out to Simon Whitlock in the next round, it was a still a memorable couple of days for the up-and-coming star, who had to cut short his football career due to injury.

"I played for Norwich as a young lad," he told the Eastern Daily Press in 2021. "When I got released I went to Lowestoft – I was on the verge of signing for their first team when I got injured.

"I snapped my kneecap in three places. I've got three screws in my knee now and they took my cartilage out. My knee was an absolute goner."

While Main's football dreams sadly hit the buffers, he'll be hoping to follow in the footsteps of stars like Gerwyn Price, who made it big in darts having started out in a different sport.